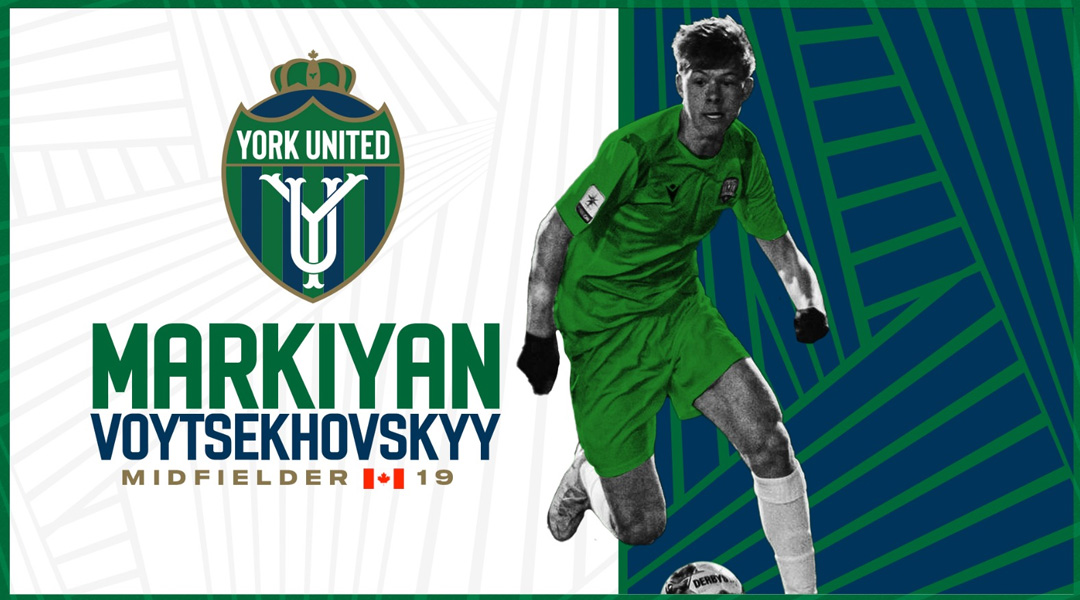 League1 Ontario’s Young Player of the Year will take his next steps in professional ranks after landing a multi-year deal with York United.

The Canadian Premier League side has announced that 19-year-old midfielder Markiyan Voytsekhovskyy has signed a two-year deal with further club options.

The ball-playing midfielder turned heads aplenty whilst on the pitch with League1 Ontario side ProStars FC this year, where he made ten goal contributions through 21 regular season appearances.

Related: Five League1 Ontario Players Who Could Make The Jump To CPL

His Young Player of the year Award and a Team of the Year inclusion put him firmly on the radar for York United, especially with roster changes aplenty potentially taking some of their other domestic U-21 options away.

“Marki is a technically gifted player, with good vision and passing range,” says York United FC’s Head Coach Martin Nash, who notes that the youngster can play through both our wide and through the middle.

The 19-year-old has been in Vancouver developing with FC Tigers, with Nash able to get a close eye on him during this period.

“Even though we had known about his quality through some detailed reports, it was nice to watch him up close in Vancouver and properly see what he’s about as a footballer. Right away I noticed the technical quality he possesses and that feel for the ball. Equally, he’s got the quality to run at defenders when playing wide and can just as easily come inside and play in the pocket.”

Born in Lviv, Ukraine, the 19-year-old Voytsekhovskyy once spent time with the Shakhtar Donetsk academy. More locally, he featured with the Guelph United B team in the reserve division last year before his move to the ProStars.

“We’ve watched Marki with both Prostars and FC Tigers and for us it was very clear he is a player with a lot of potential,” added Club PResident Angus McNab. “He is clearly very serious about his football as he took himself out west to play for FC Tigers once the L1O season wrapped and that worked well as Nashy was able to watch him train and play a few games.”

He will becomes the second player with Ukrainian roots to suit up for York United, with Svyatik Artemenko having been used as an emergency bench player this season.