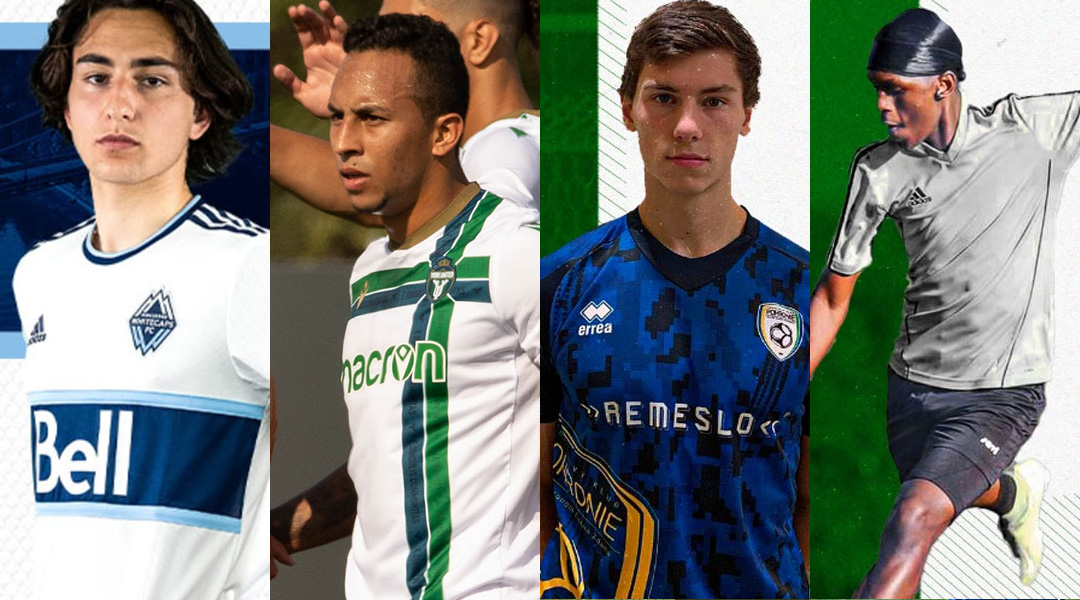 York United is making some mid-season roster adjustments, with two players being registered for CPL action and two being placed on a season-ending injury list.

The Canadian Premier League side has secured the loan addition of Matteo Campagna, a 17-year-old centre-back who arrives on a season-long loan from the Vancouver Whitecaps.

Campagna had signed a homegrown contract with the MLS side earlier this year, and has been training with the Whitecaps first team since preseason began this year. VWFC Sporting Director Axel Schuster stated he was looking forward to seeing how the youngsters adopts to senior action at the professional level:

Matteo is a player with great upside who continues to develop. This is his first year of professional soccer after transitioning from the academy level. He now has a great opportunity to earn minutes in a competitive environment. We’re looking forward to tracking his progress.

Prior to signing a professional contract with the Whitecaps, Campagna made fifty appearances at the academy level after arriving from Surrey United. He also represented Canada at the 2019 CONCACAF Boys’ Under-15 Championship, featuring in all five matches for Les Rouges.

With Schuster having recently stated that one of the club’s previous MLS-to-CPL loans, Gianfraco Facchineri, didn’t go as the club had hoped, it appears that York United has done well to earn the trust of the MLS side.

Matteo is a player that has a huge future and we are really happy that the Whitecaps have trusted us to assist in his development. He has been with their first team all season and coming to us gives him the opportunity to pick up valuable minutes between now and the end of the campaign.

The Whitecaps have retained the right to recall Campagna if necessary. Given that York United has played matches without a natural centre-back, however, it’s expected that we’ll see him get minutes throughout the campaign – especially with Roger Thompson still sidelined.

Northern Tribune has confirmed that Campagna has already arrived at York United and will be available for selection in tomorrow’s midweek clash against the Halifax Wanderers.

The club has also added Colombian attacking midfielder Sebastian Gutierrez to its league roster, with the 23-year-old having already made his club debut through Canadian Championship over the previous weekend.

The arrival of the Medellin-born attacker had been delayed due to visa difficulties, though he was finally able to enter the country earlier this month. The same could not be said for internationals William Wallace, Lisandro Cabrera, and Mateo Hernandez, who have missed their ITC deadline and won’t join the club this year.

The roster room for the two new arrivals was paved by unfortunate circumstances now confirmed McNab: the club has announced that defenders Felix N’sa and Ryan Lindsay have both been placed on a season-ending injury list.

The structures of the Felix’s multi-year deal was not revealed by the club, with Lindsay remaining locked in for 2022 with a further option for 2023.

Felix has been struggling with a back complaint and has not been able to participate in training since before we left for Winnipeg. He needs to use the remainder of 2021 to recover and then will go through a period of intense rehab and stability work to make sure he can take to the field next year. Ryan has an ongoing medical condition that requires further testing and evaluation from his physicians. He will join the squad when his course of treatment is completed but will not be able to participate in the 2021 season.

With two players out and two players in, the York United roster remains full at 23 players in all, excluding the potential for developmental contracts that would not count against this cap. The team had brought in Eleias Himaras through this system earlier this month while goalkeeper Nathan Ingham was out injured.

York United currently sits at fifth place in Canadian Premier League standings, which is just one spot off of a playoff position. The club has also set course for a high-profile Canadian Championship match against Toronto FC that will take place at BMO Field next month.