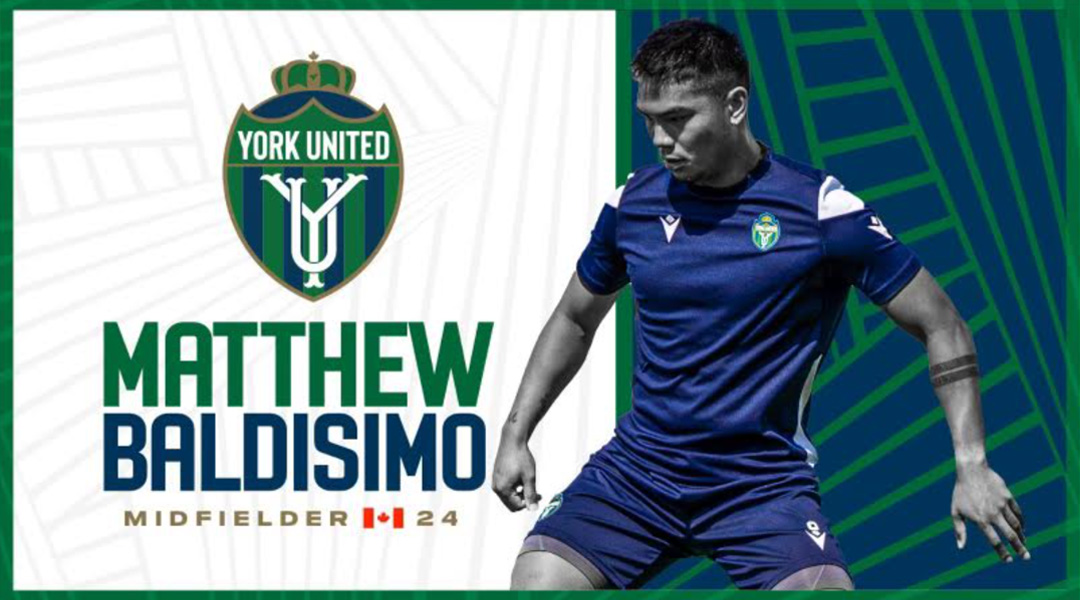 York United has signed Matthew Baldisimo to a one-year deal with a club option for a further season following his short-term loan from Pacific earlier this year.

The 24-year-old defensive midfielder had only made three substitute appearances for York United at the tail end of the season, but he’ll have more time to show York Lions Stadium what his game is about.

“Baldi has had a couple of seasons disrupted by injuries and the loan deal we reached with Pacific last season was the perfect situation for us to bring him in, take a look and see how he would fit in our environment,” stated Club President Angus McNab.

“I love the fact he’s made a choice to come here and really wanted to keep working with the staff. He’s spoken about how much he enjoyed his time with us last year and that’s a real credit to what Nashy is building within the group.”

Baldisimo was the last Pacific original to depart the club for his midseason loan, prior to which he had made 56 appearances for them across all competitions. While he was sidelined for much of the club’s championship-winning season, he featured quite regularly under James Merriman prior to his loan spell.

At the time, we reported that his contract with PFC will not extend into next year, so he’ll be happy to have landed at YLS. Should he get regular minutes, it might springboard him back into the Philippines national team setup, too.

The Vancouver native began his career with the Vancouver Whitecaps Academy before he spent two seasons in the USL with the Whitecaps FC 2. When his parent club switched to Fresno as their USL affiliate, he signed for them ahead of his return to Canadian soil through the launch of the CPL.