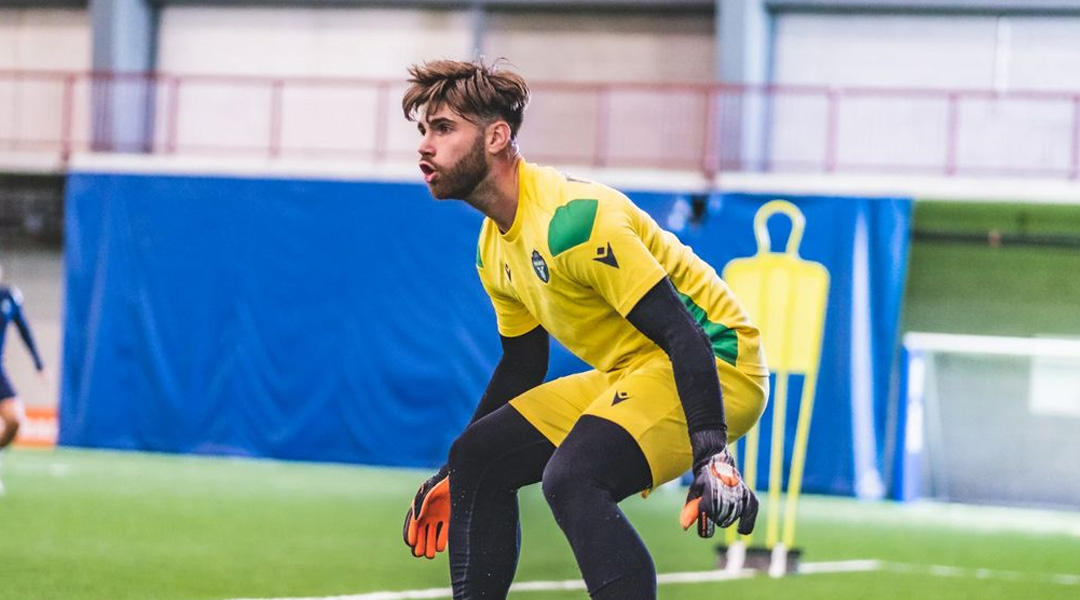 The ill-fated saga of Matthew Nogueira at York United has now concluded, with the club confirming the mutual termination the goalkeeper’s contract today.

York United has also named Electric City FC’s Eleias Himaras as his replacement, with the 20-year-old inking a contract that runs through the current season with a club option for a further year.

Injuries curtailed his CPL stint, with Noguiera only featuring on the bench a handful of times before a matchday no-show last month signaled the likely end of his time with York.

Outbound goalkeeper Matthew Nogueira had signed with York United back in March, with the former CS Maritimo shotstopper keen to pursue a footballing opportunity closer to home.

“We thank Matthew for his efforts and wish him all the best for the future,” said a brief club statement.

Newcomer Eleias Himaras is no stranger to York United, having signed as an emergency keeper last year and having featured alongside Gianluca Catalano as a bench backup as needed in 2022.

The London, Ontario native was part of the Toronto FC Academy back in 2018 and spent time with the TFC II squad, too. He also featured for Canada at the U-17 FIFA World Cup in 2019, where he featured against Brazil.

“Eleias is an immensely talented young goalkeeper who has done well in League1 Ontario and we thank Greg and Randy at Electric City for their support in getting this agreed,” said Club President Angus McNab.

The newest Nine Stripe has featured for Electric City FC three times this season, serving as a backup behind Quillan Roberts. He previously played for FC London in Ontario’s pro-am league, too.

Himaras is expected to slot in behind number one starter Niko Giantsopoulos, who has five clean sheets from thirteen CPL appearances this year.

The York United roster has seen a fair bit of changes this summer window, with reinforcements arriving through the likes of international signings Kevin Santos, Tass Mourdoukoutas, and Luis Lawrie-Lattanzio.