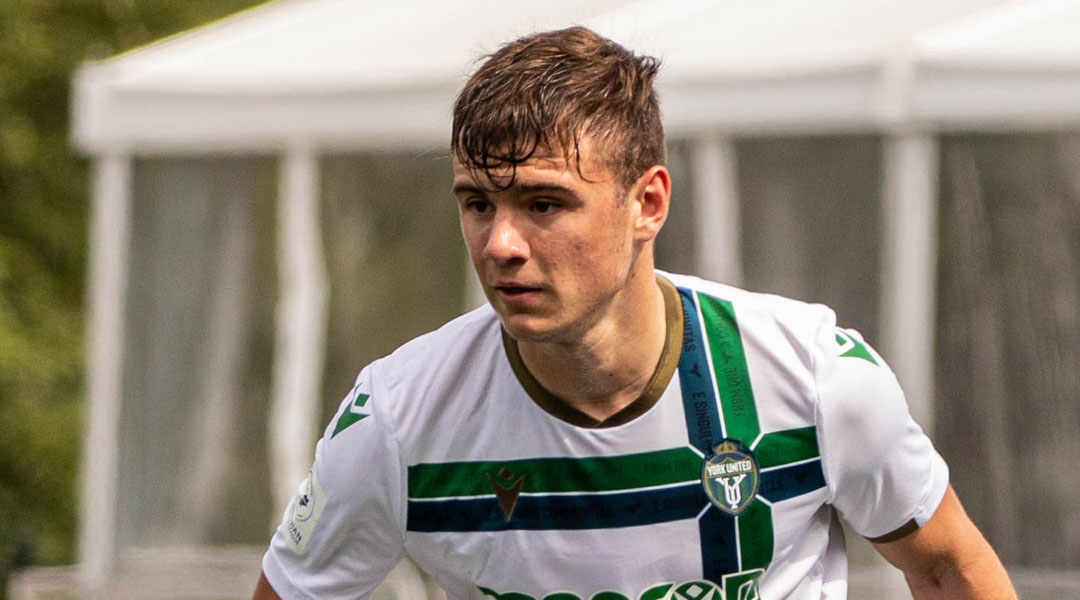 With Max Ferrari in the midst of a breakout season with York United, the Nine Stripes have moved quickly to lock down a contract extension that will see the youngster remain at the club until 2024.

The 20-year-old has scored twice in all competitions for the side this season, first in a 3-2 away win over the Halifax Wanderers and later during a 5-0 rout over Master’s Futbol Academy. He nearly bagged another against the Wanderers last week, too.

The former League1 Ontario youngster has also impressed when called upon to play in unfamiliar defensive positions, having featured for the Nine Stripes as both a a left-back and a right-back throughout the course of the campaign so far.

Ferrari ranks third in the league for chances created and second for big chances created, and has the second-highest expected assists and one-on-ones in the CPL behind Pacific talisman Marco Bustos.

I am delighted that Max has agreed this contract extension. He is a great example for any young Canadian player as he has been presented with an opportunity and made himself a cornerstone of our team.

The 20-year-old has started in every York United match this year, with the versatile athlete cementing himself as a crucial piece of a young-leaning team led by Jim Brennan. The past two seasons have seen him contribute two goals and four assists across 22 appearances in all.

Ferrari initially joined as youth prospect from Aurora FC, where Brennan had coached prior to the start of the Canadian Premier League. His first professional season saw him make substitute appearances in all seven of York United’s regular season matches at last year’s Island Games, notching an assist on his professional debut against Atletico Ottawa.

He had signed a new two-year-deal with the team after the conclusion of his rookie season, with the club now doubling down on its long-term belief in his potential and, of course, his rising value.

Club President Angus McNab believes the explosive growth shown by Ferrari will attract suitors from Major League Soccer and abroad, with the contract extension ensuring the Nine Stripes will be able to negotiate a sum for the player should he be sold during his stay at York Lions Stadium.

The deal runs to the end of 2024 but if Max continues to progress at the same rate and perform as he is then I find it impossible to believe he won’t continue to attract interest from other clubs in North America and Europe. We are absolutely fine with that as this is what the CPL is for – identifying young talent, giving it a platform to showcase their abilities and then watching as they grasp the opportunity and excel.

The Newmarket-born youngster will have a chance to impress directly against one of these potential suitors next month, with Toronto FC set to host York United in the Canadian Championship quarter-finals.

Given that other members of the team have expressed MLS aspirations, it’s sure to be a big day for the York United roster – and club head coach Jim Brennan, who was TFC’s first-ever player signing.

League1 Ontario side Aurora FC has developed two other former Nine Stripes players who have gone on to impress, with both Morey Doner and Simon Adjei having played at Aurora under Jim Brennan prior to stints with the Nine Stripes.

York United currently sits fifth in league standings at the halfway point of the season, just five points outside of a playoff position. The club made some roster changes that saw the arrival of Colombian forward Sebastian Gutierrez and Whitecaps loanee Matteo Campagna.

York United did not disclose the financial terms of Ferrari’s contract.