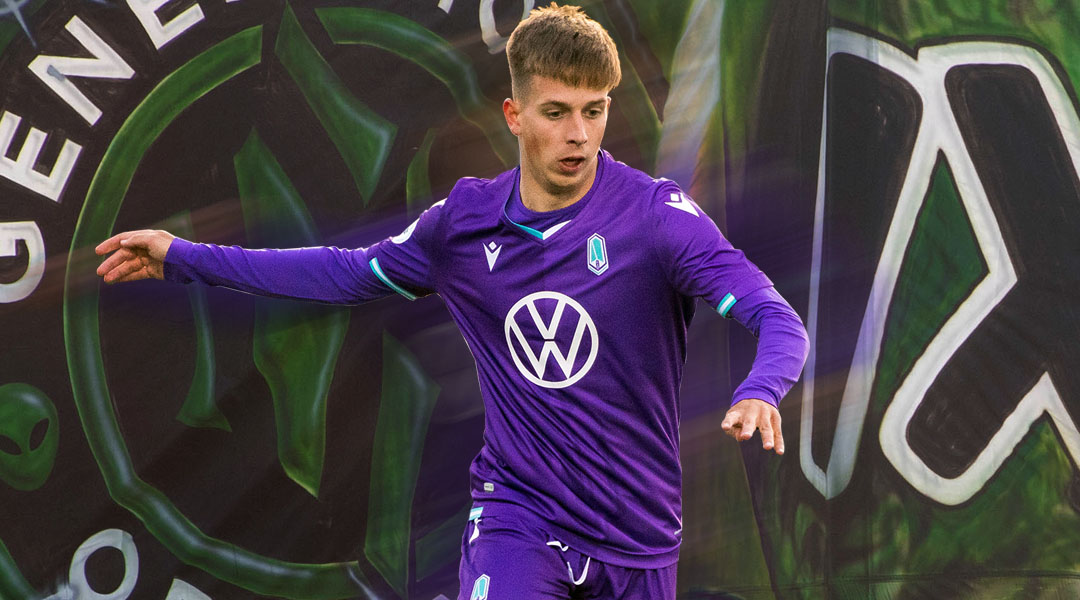 York United has filled its final roster spot with the intra-league signing of midfielder Noah Verhoeven, who arrives on a two-year deal with an option for 2023.

The 21-year-old former Pacific FC midfielder arrives as the fourth intra-league addition for York United this season, with the club also bringing in Dominick Zator, Chrisnovic N’sa, and Niko Giantsopoulos from its domestic competitors.

The Whitecaps Academy product had spent a full season with USL side Fresno FC before that, completing 23 appearances for the US team in his first full season of professional action.

Noah is one of the most exciting young Canadian talents about. He’s the perfect fit for us given his age profile and he also aligns with the club’s strategy of having as many players with links to the Canadian setup as possible, be that underage or senior level. I think Noah can play a key role for us but he knows that he’ll have to work very hard to establish himself in our squad given the depth we have recruited in midfield and attack.

At York Lions Stadium, the Surrey-born midfielder has a lot of competition both in terms of domestic and international talent: the central midfield position is somewhere that youngsters Max Ferrari, Isaiah Johnston, and Cedric Toussaint can play, though they have less experience than Verhoeven has at the first team level. International arrivals Sebastian Gutierrez and Mateo Hernandez can also feature in attacking roles from the middle of the park.

Verhoeven, to his credit, welcomes the fierce competition in the Nine Stripes midfield:

There’s a lot of competition and I feel that’s what I need for myself: a change, really. It’s a new environment where I can push myself. Right now there’s a lot of good pieces so it’s just about us putting it together as quickly as we can. When any club has a refresh, I think it’s not only exciting for the players but for the fans as well. It’s a fresh start, a clean slate and that’s appealing for any player: to come into an organization where there’s almost a completely new team, though the core has stuck around. It’s appealing because you can go compete and fight for your spot. And you get good results from that.

The club states that Verhoeven likes what he’s seen of the club’s near-total overhaul after it narrowly missed the group stage at The Island Games, with the 21-year-old also noting that he believes the Nine Stripes can help with his national team aspirations.

Verhoeven has made four appearances for the Canada U-23 setup under John Herdman, and found himself called up as a training player for the senior men’s team in 2019. The dual citizen also featured in US Camps at the U-18 and U-20 levels before he established himself in the Canadian youth setup at the Concacaf U-20 Championship three years ago.

With Canada one of the host countries of the 2026 World Cup, McNab isn’t shying away from stating he believes the club’s hefty oft-season recruitment may have picked up some future Canadian internationals who could feature in the world’s biggest competition.

I really believe the roster we’ve pieced together features players with incredible ceilings. I feel that we have young Canadian talent in the squad that have the potential to be entering the peak of their careers by 2026 and should be pushing for slots on the World Cup roster. That should be really exciting for our fanbase and watching these guys develop is going to be a thrilling subplot for the 2021 season.

While how the 2021 Canadian Premier League unfolds – or when it will ultimately start – has yet to be seen, Verhoeven arrives as a midfielder who can certainly compete for a starting spot at the CPL level.

While the club roster is officially full, the club’s two CPL-U SPORTS Draft picks from the Ontario Ridgebacks can still be brought in on developmental contracts while some of the current 23-man roster remain out on loan.

Verhoeven arrives on a two-year deal with an option for a further year. York United did not disclose the financial details of his contract.