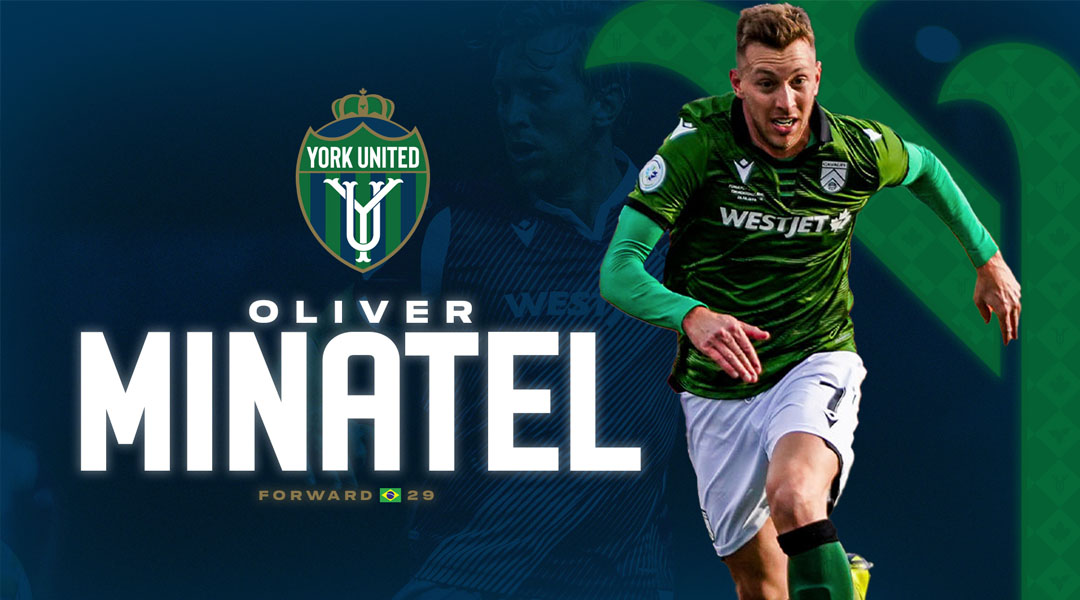 The 29-year-old attacker had spent the last three seasons with Cavalry, contributing eight goals and two assists across 39 appearances. The well-travelled forward previously played for the likes of the Ottawa Fury, Richmond Kickers, and South Melbourne before establishing himself as an exciting talent at the CPL level.

York United Club President Angus McNab expects that Minatel will establish himself as a vital member with the Nine Stripes, too.

He’s a great player and a great person. An important piece culturally within the group too: the fact he speaks four languages fluently is great and will be really useful to us. Let’s not forget how good he is and how devastating he was in 2019. Buckets of goals, buckets of assists.

Minatel arrives a known talent in the league, having become Cavalry FC’s first-ever international signing in 2019. Having experienced plenty of joy with the Ottawa Fury prior to that, he was no stranger to Canadian football and quickly acclimating himself in the team, bagging eight goals in 29 appearances throughout the inaugural season.

He had featured in every game throughout the following Island Games season until fracturing both his tibia and fibia in a match against his new team, with the Brazilian undergoing his rehabilitation in Brazil before re-signing with Cavalry for a third year.

He was going really well in 2020 and was unfortunate with an injury against us: a freak football accident. But it’s testament to Oliver the effort he put into his recovery last year to get back. Martin [Nash] saw first-hand that it was a full and thorough recovery so there are no concerns and it’s great to have him in the group.

His third and final season in Alberta was spent largely on the sidelines due to injury aggravation, though he was able to feature in two of the side’s last three regular season matches before seeing 44 minutes of action in the club’s semi-final playoff loss to eventual champions Pacific FC.

Now fit and hoping to participate in a full season of action, it’ll be interesting to see how Minatel performs at York Lions Stadium. Even beyond his head coach, he’s not the only Cavalry ex-pat with the team: Dominick Zator and Niko Giantsopoulos both made the jump last season.

Nash says Minatel will added a vital bit of experience up top who will solidify the spine of the team.

York United has moved quickly to fill up the majority of its roster, revealing a lot of squad retention after reaching playoffs last season. The club has also added a string of youth internationals, with Daniel Obbekjaer, Eduardo Jesus, and Martin Graiciar all being announced last month.