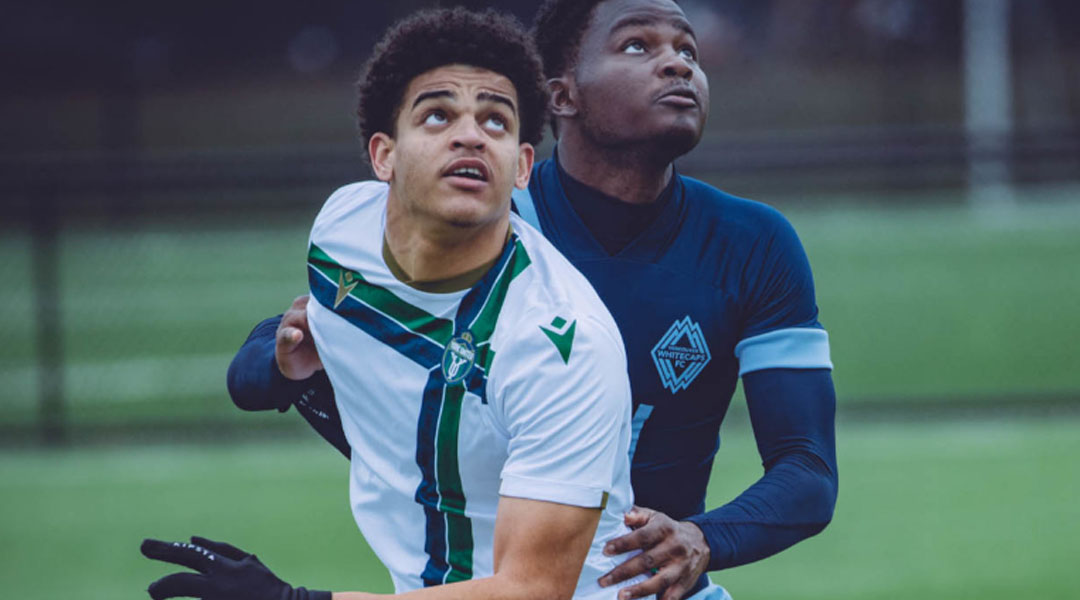 York United had refrained from revealing an unnamed trialist who helped the side to a penalty shootout win in a friendly against Whitecaps FC 2, but his identity was later revealed in a photograph posted by the MLS NEXT Pro side.

The twenty-year-old is a highly-touted product of both the Toronto FC and New York City FC academies. Standing at an imposing six-foot-two, the youngster would give the Nine Stripes a third domestic option up-top in a similar vein as Lowell Wright and Mamadou Kane.

The Canadian striker came off the bench against the Whitecaps FC 2 in the sixtieth minute, though the friendly would remain scoreless at full time. It went straight to penalties, with De Rosario converting from the spot to help the Nine Stripes secure a 4-3 penalty win.

De Rosario began his career in League1 Ontario with Toronto FC III, featuring in three matches throughout the summer season. He would eventually switch to the New York City FC academy, spending preseason with the first team in 2020 and bagging two goals and four matches – one of which came against Palmeiras.

Following a short trial with Spanish side CD Lugo last year, the youngster landed a three-year deal with Ukrainian Premier League side Rukh Lviv, but left the club by mutual consent just days before the country was invaded by Russia last month.

The son of Canadian icon Dwayne De Rosario, Osaze is still finding his footing at the professional level. Given the Nine Stripes’ history of developing talent, the CPL side would seem a good fit for the youngster.

With limited roster spots available, he’ll be contesting with Austin Ricci for a roster spot if the club opts to add another attacker. Ricci had a breakout campaign in Winnipeg last season, but is still recovering from the knee injury which interrupted it.

With centre-forward Lisandro Cabrera still awaiting visa approval, it’s looking likely that an additional attacking option is a logical move for Martin Nash and the squad – especially given that both Wright and Kane might earn Canada U-20 nods in the midst of the 2022 CPL season.

York United remains in Victoria ahead of two friendly matches set to come against Pacific FC and Valour FC, after which the club will return to Ontario and will play Toronto FC II.

The club’s fourth-ever season will kick off at York Lions Stadium on April 7. Whether De Rosario can lock in a roster spot remains to be seen, but he’s certainly an intriguing prospect for a Nine Stripes side known for its focus on youth.