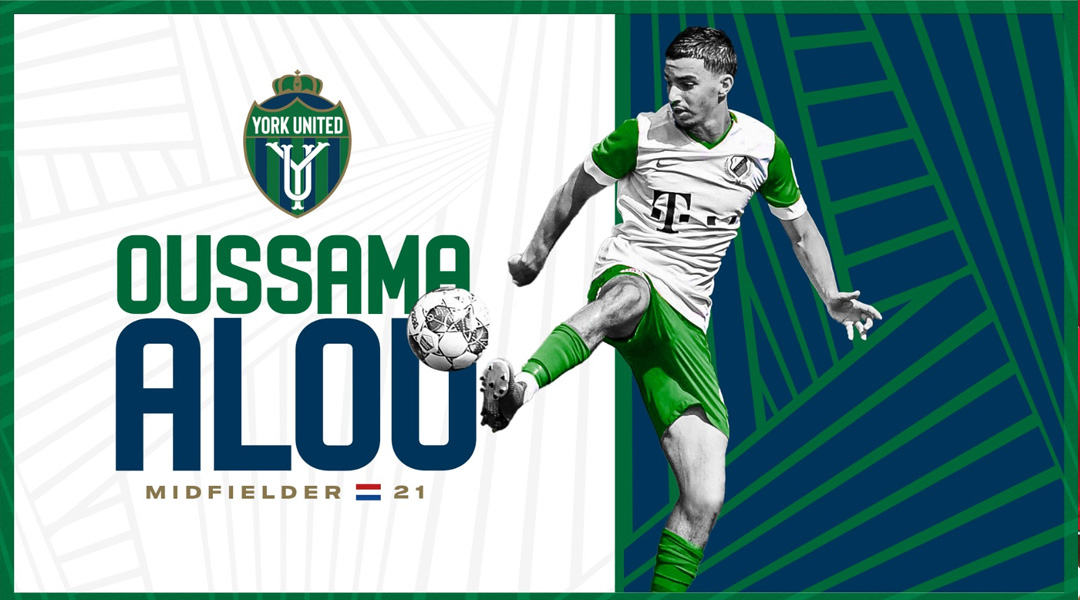 The Nine Stripes are in the midst of a hefty reset regarding the bulk of the club’s international contigent, with Dutch attacking midfielder Oussama Alou now joining the side.

The 21-year-old arrives to York Lions Stadium on a one-year deal with club options that stretch through to 2025.

Alou got his start in football through the USV Elinkwijk academy in his hometown of Ulretch. He eventually landed with Eredivisie side FC Utrecht, where former CPL head coach Michael Silberbauer recently took the helm.

Alou steadily progressed through the youth ranks of his hometown club to make 37 appearances for the U-21 team in the competetive Dutch second division.

“Oussama struck us all as a very technical and controlled player with outstanding passing range,” says Club President Angus McNab, who believes the midfielder’s statistics reveal a high ceiling.

York describes him as a midfielder who can play both centrally or out on the wing, with head coach Martin Nash liking the composure and intelligence he’s seen from the youngster’s tapes.

He certainly hasn’t been shy of goal creation at the youth level, while also registering four goals and four assists in the Dutch second tier.