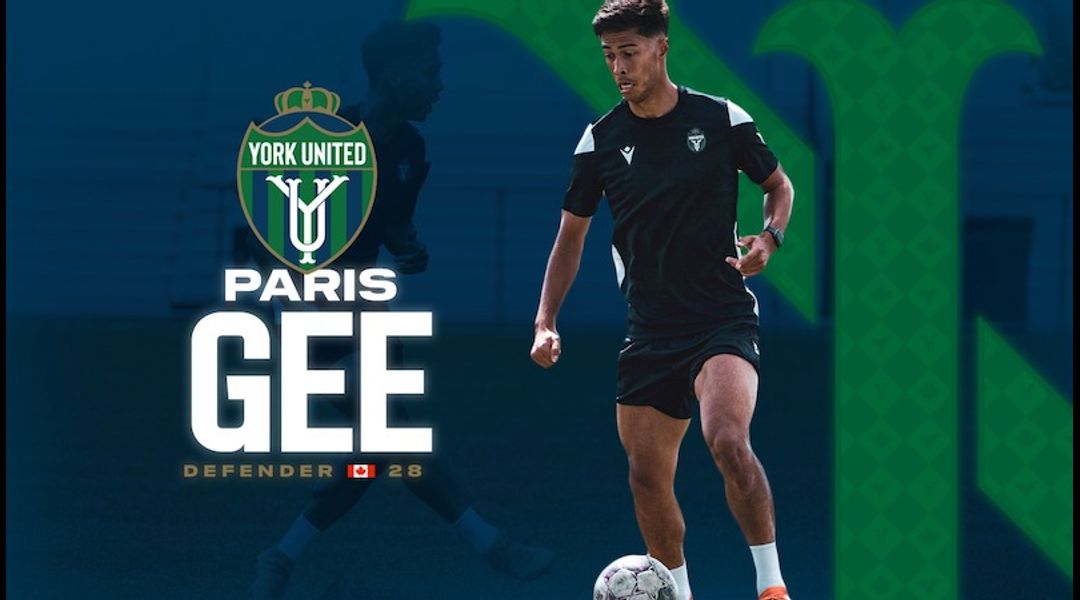 York United FC has finally completed a search for a full-back that began with the sale of Diyaeddine Abzi, and now ends with the club bringing in former Eddies defender Paris Gee.

The 28-year-old USL veteran arrives to the club on a contract that runs through to the end of the season.

Gee arrives as a defender who proved more then capable at the CPL level, having been a consistent performer in 27 appearances for FC Edmonton last season.

Born in Burnaby, he’ll help a Nine Stripes side that has seen a drastic rise in goals against since the sale of star full-back Abzi, though it’s worth noting that Gee can play on both flanks in a pinch.

“Paris is a great pick up for us at this stage of the year,” stated Club President Angus McNab, who hinted the defender was here to fight for a longer contract. “He brings some valuable experience and his versatility is a major asset. Paris can easily play on both sides of the defence – as a traditional full back and wingback – which certainly helps us right now.”

The midpoint of the season has seen the club forced to pivot significantly in terms of roster recruitment, with a bevvy of injuries seeing the club add internationals Tass Mourdoukoutas, Luis Lawrie-Lattanzio, and Kevin Santos in addition to midfielder Ronan Kratt.

A similar situation last year also saw the club bring in a flurry of midseason reinforcements, at which point the club had tapped former Eddie Terique Mohammed to fill in on the defensive flanks.

Paris developed through the Vancouver Whitecaps Residency Program and spent a year playing under Alan Koch at Simon Fraser University, after which he spent two years in Croatia with NK Rudes before returning to North America to sign with the Tulsa Roughnecks in the USL Championship. He appeared frequently over the next two years with the club, ending his time in Oklahoma with 52 appearances.

Gee then spent the two years in the USL with Saint Louis FC, making 35 appearances for the club before departing as the USL side began its transition into a Major League Soccer property. He was the first signing of FC Edmonton’s Alan Koch era.

Given that Brazilian left-back hasn’t Eduardo Jesus deputized the role and versatile youngster Max Ferrari’s injury looks long term, it is expected that Gee will quickly accumulate minutes out left.

Gee arrives on a deal that runs through to the end of the season.