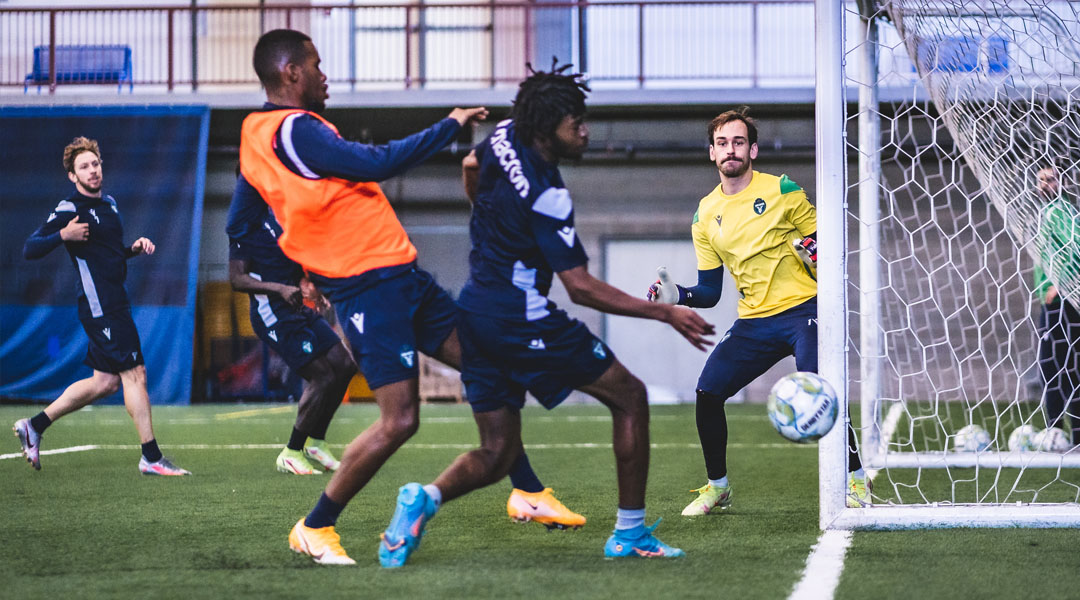 York United is headed out west for a preseason camp in Victoria.

The Nine Stripes will spend the next one-and-a-half weeks out on the west coast, where Martin Nash will test his CPL side against Pacific FC, Valour FC, and the Vancouver Whitecaps U-23 team.

The trio of fixtures will give Nash a strong baseline to determine how his two systems of play are developing ahead of the 2022 CPL season, where the Nine Stripes are expecting to secure playoffs for the second season in a row.

Pacific FC has already announced an open-to-the-public friendly against the University of Victoria set for this Friday, though the rest of the Tridents’ preseason plans are unknown. The same can be said for Valour FC, who recently saw Jonathan Sirois return ahead of an expected loan announcement.

York United has already played against both Forge FC and Alliance United after kicking off its preseason preparations in Ontario, where the club has trained at the Ontario Soccer Centre given the cold weather. The trip out west will give players the opportunity to play in warmer conditions whilst testing themselves against tough competition.

York United currently has 21 players on the books for its upcoming campaign, with all of its international signings barring Lisandro Cabrera having arrived safely within the country. This offseason has also seen the club add Mamadou Kane and Oliver Minatel along with young internationals Martin Graiciar, Eduardo Jesus, and Daniel Obekkjaer.

We also know that Matthew Nogueira has impressed during training camp, with Valour’s Austin Ricci also contesting for one of the final roster spots – though who will crack the final 2022 York United roster remains to be seen.

The club will be returning to Ontario with a two-and-a-half week window ahead of its season opener against Halifax, with whispers of a friendly match against Toronto FC II set to take place in that time. Given that both teams will be sharing York Lions Stadium this season, it’s a good time to get acquainted.

York United has looked a strong side on paper, though the last two seasons saw the COVID-19 pandemic limit the influence of its international signings. With a much more normal-looking season ahead, it’ll be interesting to see how York United performs with a full roster and a proper preseason under its belt.