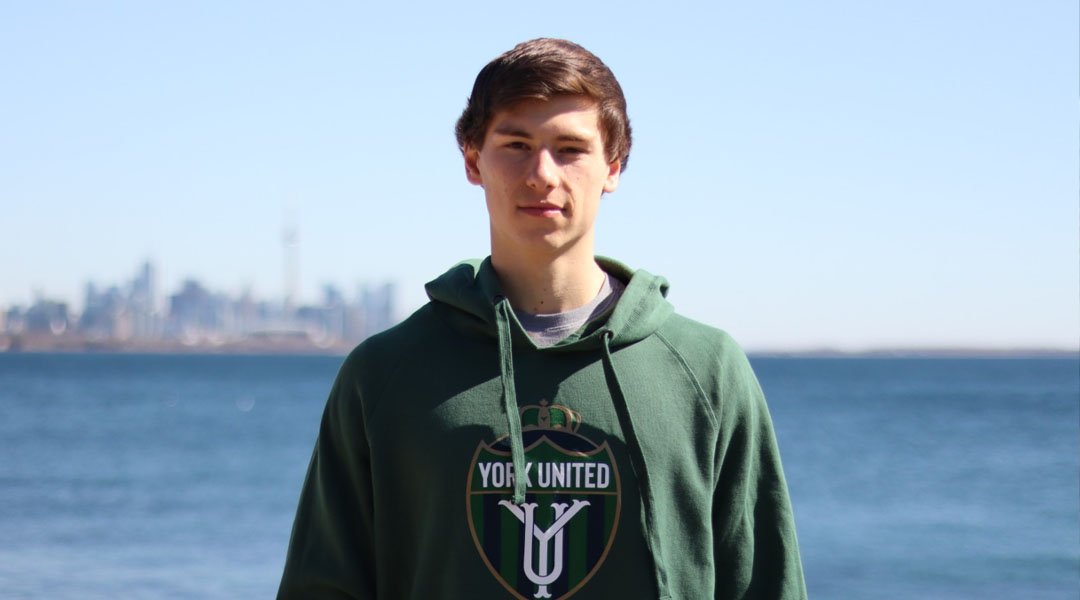 York United defender Ryan Lindsay is stepping away from professional sports to focus on a medical issue.

The 19-year-old TFC Academy product had joined the Nine Stripes on a multi-year deal back in back in October, arriving off the back of a stint in Central Europe where he had suited up for the likes of Dinamo Zegreb U-19 in Croatia and Slovakian first division side FK Pohronie.

York United had intended for him to fight for a roster spot as a centre-back, but the defender was sidelined for a previously unclarified medical complaint and eventually put on the season-ending injury list in August.

This weekend, the player has come forth to both announce that he is taking a step back from professional sports for the time being, while also opening up about what all took place.

The Ottawa-born defender, as it turns out, had experienced this medical issue before a few years ago: his symptoms of brain fog, shortness of breath, fatigue, and stomach issues had been previously treated by a naturopath who diagnosed his issues as stemming from a bacterial growth in his small intestine.

Things went back to normal for a time, but his symptoms recurred out-of-the-blue not long after he had signed for York United and flown back to Toronto for his preseason. In fact, says Lindsay, his first recollection of returning symptoms took place just two days before the club’s preseason began.

I had been hopeful of being involved once the team got back to Toronto and now that seemed short-sighted, which was really tough. And that’s when they starting testing me for all kinds of stuff. So many doctors and specialists, all of them just trying to figure out what was wrong. And to this day, I still don’t know the root cause. It’s so frustrating.

With time dragging on and specialists still sorting out a working diagnosis, the mental toll has been high. The defender states that he’s blessed to have plenty of family living close by to help him through it, but also wanted to thank Angus McNab for his support throughout the ordeal.

I’m only 19 years of age but I’ve travelled a lot with this game and been at various clubs all around Europe. I’ve had a few different experiences at different levels and I don’t think I’ve ever met anyone like him. He’s been unbelievable to me, just how much he cares. He’s a special guy and you don’t really see people like him in other places. His mentality and personality is very rare in this business and I think every player at York United would echo the same thing. He’s helped me a lot.

While the club has been supportive, Lindsay has come to terms that his symptoms are proving quite recalcitrant to diagnosis, and he might be sidelined for some time. With that in mind, he’s opting to take a break from the professional game to focus on his mind and body.

The defender doesn’t know where he’s going to land as he takes steps away from the game: he describes himself as having an obsessive personality with a lot of drive and determination, so it’s hard for him to switch his mind off with so much going on. School is one option to pour himself into. A job outside of sports is another.

Still, even while sidelined he’s been studying the game wherever he can: sometimes he watches 3-4 games per day from all over the world, be they European, Asian, South American, or otherwise. A studious player, he’s unable to turn off the switch to keep learning from afar. Perhaps, he suggests, it’s a bit much right now.

For my mental health I need to pursue something else. I feel that for the bulk of this year I’ve just been stuck and haven’t been able to further my life in any area. I’m still training and doing what I can but it’s very light and limited. Mentally, it’s important for me to look at other things while I’m trying to sort my health out.

While Lindsay’s time in the York United locker room was short – he was only a brief member of the squad during preseason, appearing in some club promotional videos – he also extended a thanks to everyone, stating that his teammates were supportive of him from the get-go.

Lindsay clarified that he’s not walking away from football for good: he’s taking a break while specialists work on diagnosing his conditioning. When he can find a treatment plan that helps alleviate his symptoms, he hopes to return.

Good luck to the club for the final few games of the season and I’m hoping they get it done. I’ll be watching and it will prove a lot of people wrong if we clinch one of those playoff spots.

York United was unable to utilize five of its signings this season, with both Ryan Lindsay and Felix N’sa having been added to the season-ending injury list without featuring for the side, while internationals William Wallace, Mateo Hernandez, and Lisandro Cabrera ran into visa difficulties amidst heightened travel restrictions during the COVID-19 pandemic.

We wish Ryan Lindsay all the best as he goes through this difficult time, and we hope he lands on his feet wherever his next steps take place.