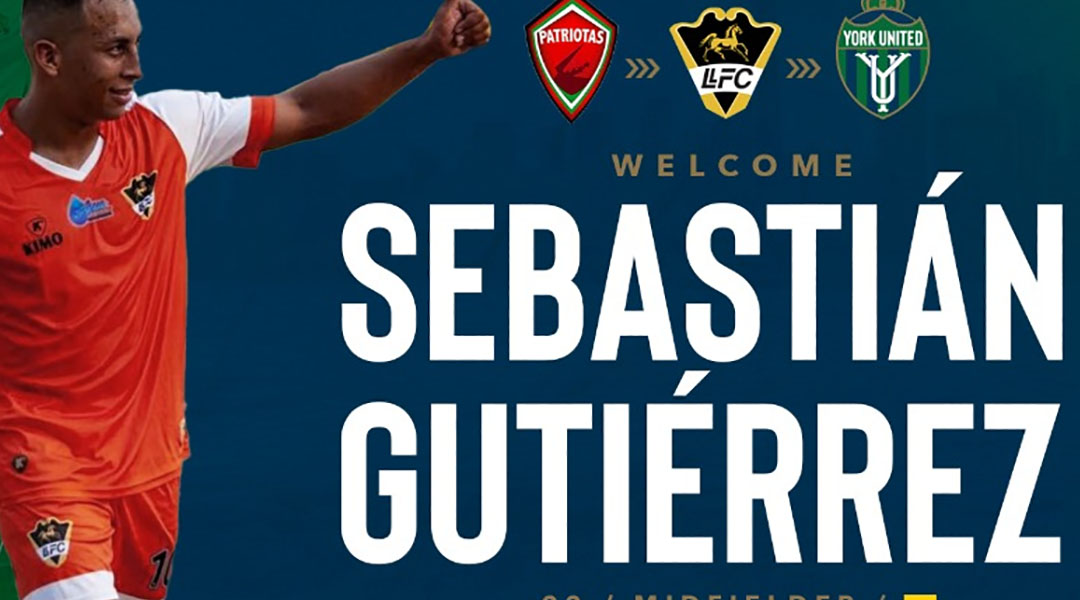 The Medellin-born forward arrives on a deal which includes options for 2022 and 2023.

When the 23-year-old takes to the pitch at York Lions Stadium, he’ll do so high expectations: when Club President Angus McNab teased the incoming signing, he said the club was bringing in a true number ten that could unlock defenses and increase the club’s goals scored from open play.

Sebastian’s experience, having logged over 3000 minutes in Colombia, was very attractive and impressive given he has only just turned 23. He was a little unfortunate with how 2020 played out as the pandemic couldn’t come at a worse time for a free agent but that’s certainly played in our favour here.

Here’s a look at what York United’s twenty-first roster addition of the 2021 Canadian Premier League season can do:

Guterriez got his professional start with top tier Colombian side Boyaca Patriotas FC, making a number of appearances over a two year span with the side before dropping down to the second tier in 2018 to join Llaneros FC.

He contributed ten goals in fourty-nine appearances in the second division, where the club noted he had a flair for freekicks – an area where York United needs someone to step up following the departure of Manny Aparicio.

We didn’t create enough chances from open play last season and our xG per shot was low. I feel Sebastian can help us address that. He’s a wonderful footballer and I think we all fell in love with his skill and vision when scouting him.

The Club President stated that club still had significant salary cap space to make an impact with the last of its roster moves, with the CPL side aiming to bring in either a midfielder or another centre-back from the remaining domestic options in the current market.

The financial details of Gutierrez’s contract with York United were not disclosed by the club.