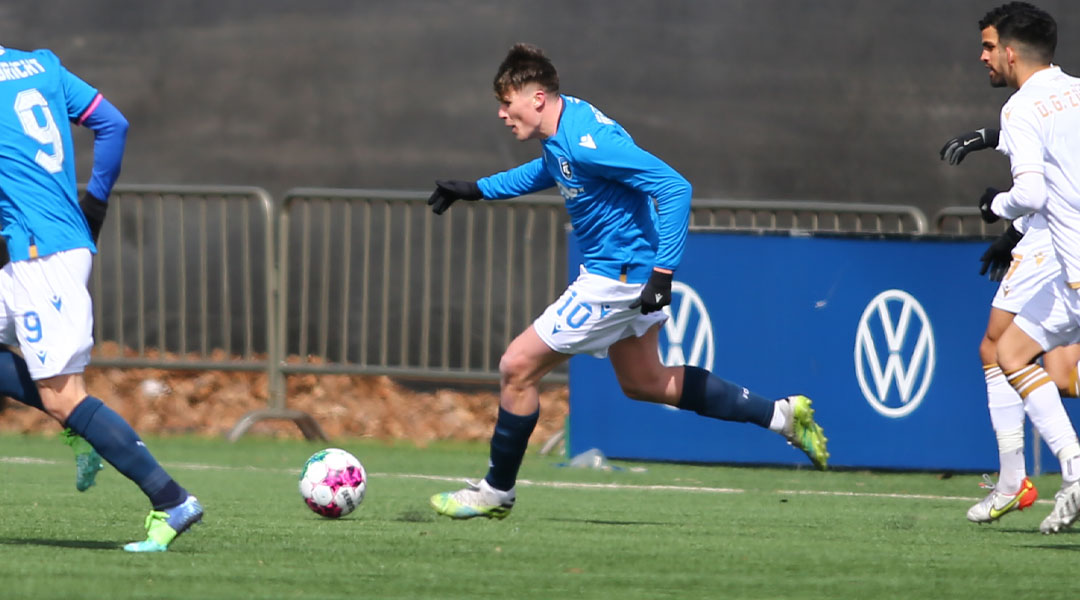 The 24-year-old striker – who spent the last season on loan with FC Edmonton – is officially listed as a trialist with third division German side Rot-Wiess Essen, marking a potential return to home soil for the former Germany U-19 prospect.

This year saw Warschewki had open his CPL campaign with an absolute wondergoal, and that’s exactly how he introduced himself to Rot-Weiss Essen fans during a friendly match against second division side SC Paderborn this weekend.

Warschewski was the lone trialist to make an appearance during a substitution-heavy friendly match between the two sides, coming in as a second half addition from head coach Christoph Dabrowski. With 23 minutes left to go, he saw the opposition goalkeeper standing off his marker and loosed a shot from about 45 meters out. It soared over the scrambling goalkeeper and into the net, putting the hosts in front 2-1.

A late goal would seal the friendly victory for the third division side, with Warschewski earning plaudits aplenty after the match – particularly from Rot-Weiss Essen’s gaffer.

Local papers report that the 24-year-old arrived to Rot-Weiss Essen two weeks ago, where the former SC Preuben Munster product was put under the microscope following his two seasons on Canadian soil.

“I’ve seen the boy on video and I liked him there,” said head coach Dabrowski at the time, stating that the 24-year-old had made a good impression in training. He had earmarked the forward to be tested in the friendly match against second division team SC Paderborn, and that’s a test which he evidently passed with flying colours.

Warschewski has a familiar face in camp through 24-year-old midfielder Felix Gotze, whom he’s good friends with.

The German striker is one of seven international players on a club option with York United. After spending the season on loan at FC Edmonton alongside Azriel Gonzalez, the lanky striker has impressed at the CPL level – but with Osaze De Rosario inking a deal through to 2024, it looks like Nash might not be aiming to play both on the pitch at once. With an international roster spot on the line, that’s a high cost to bear.

The centre-forward procured a healthy return of seven goals and five assists in 23 league matches this year, which was a healthy follow-up to a 2021 campaign with the Eddies that saw him contribute four goals and a league-leading nine assists. If his club option was passed, that’s a fairly big decision to come from the Nine Stripes camp.

Described as a ‘potential winter addition’ for Ross-Weiss Essen, it still remains to be seen if Warschewski is truly set for Germany. Wherever his next steps take place, it’s looking like the former Germany U-19 striker will be taking them closer to home.