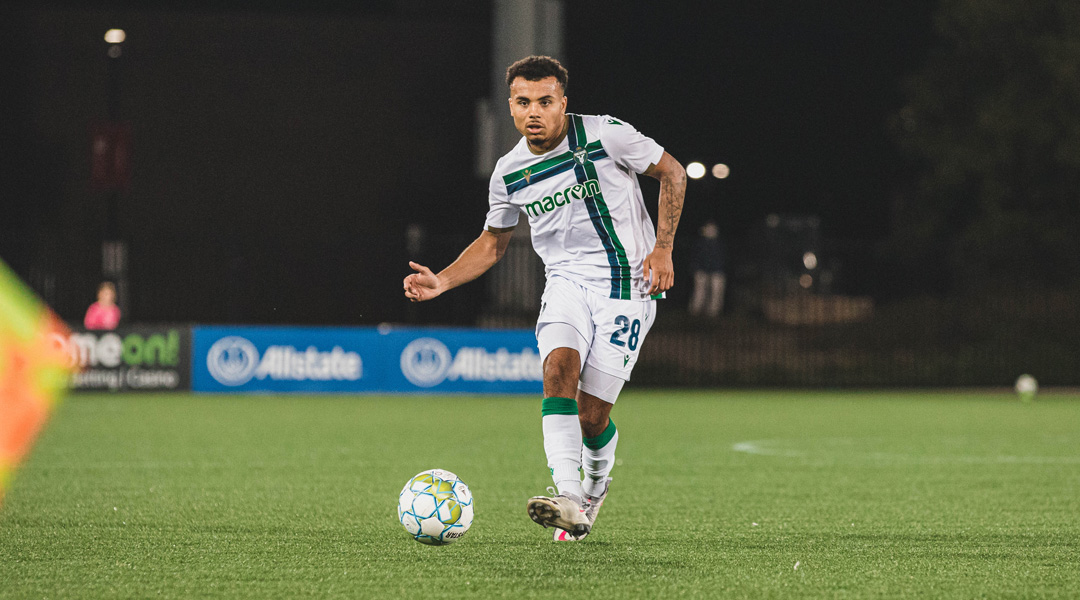 The Canada Soccer Disciplinary Committee has rejected York United’s appeal for Cedric Toussaint, handing down a three-match ban on the midfielder.

Toussaint will now not only miss tonight’s match against Pacific, but league matches against Valour FC and FC Edmonton, too.

The 21-year-old midfielder was handed a straight red card after making a two-footed challenge on Atletico Ottawa’s Carl Haworth, earning a straight red card from Mathieu Souare. The Nine Stripes had appealed the added time ejection, but the youngster’s second career red card will officially stick.

Toussaint’s first career red card had also come in added time against Atletico Ottawa, with York United appealing his three match ban and getting it reduced down to one. This time around, however, the CSDC has handed a full three match ban to the former CF Montreal Academy man.

Toussaint has made 36 appearances for the Nine Stripes since arriving from Montreal last year. With his three match ban only pertaining to league competition, he’s still eligible to play in the club’s upcoming Canadian Championship clash against the Vancouver Whitecaps.

York United will face second-place side Pacific FC tonight at York Lions Stadium after drifting into seventh themselves, though their track record against the Tridents this season is positive: they held the side to a scoreless in league play before besting them in cup action a few days later.