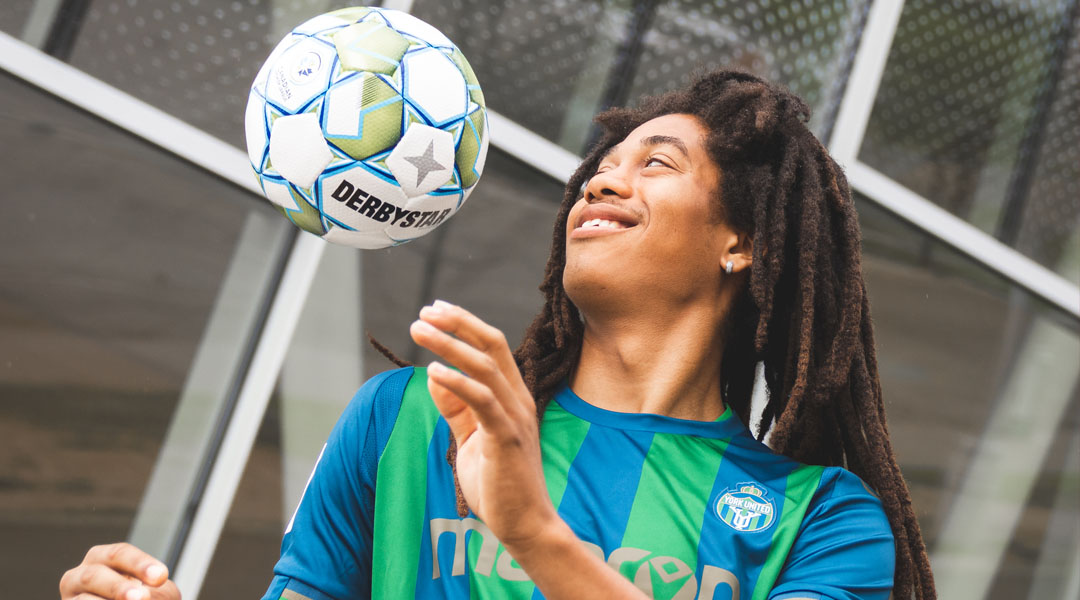 With the city of Vaughan now allowing four quadrants of ten participants on each city soccer field, York United has finally been permitted to begin preseason training – albeit in small groups as opposed to full team exercises.

The club has utilized the Ontario Soccer Centre in Vaughan, Ontario in the past, with the training pitches alongside York Lions Stadium still falling under tighter Toronto-based restrictions.

With the Nine Stripes having been unable to train until now, there’s been a total of 83 days between when the first CPL team to resume training (the Halifax Wanderers) began their own preseason camp versus when York United has been able to kick off its own.

With the 2021 Canadian Premier League season now just two weeks away, that doesn’t leave a lot of time for a much-transformed York United roster to take shape on the pitch under the tutelage of head coach Jim Brennan and assistant Paul Stalteri. Just nine athletes from the previous campaign have been retained by the side, with the rest of the roster filled with new arrivals (and, in some cases, replacements of new arrivals who couldn’t make it into the country).

Both York United and rival side Forge FC have had to endure the longest waits to begin camp due to strict provincial lockdown restrictions, with Forge FC only recently having begun its own preseason camp without full-team training. With such a short turnaround time, there’s sure to be injury concerns aplenty. The third Ontario-based side, Atletico Ottawa, travelled to Spain to complete its preseason without such restrictions.

This will mark York United’s first full season as a rebranded team following its shift away from York9 FC. Club President Angus McNab stated that players have been dying to get going after a prolonged offseason that ultimately began some 280 days ago when the side was mathematically eliminated from The Island Games.

New season brings excitement but for the players, they are picking up a new kit and it’s the first group to get started with the new crest on it all, so that’s special.

The new York United roster boasts an average player age of just 22, the lowest in the entire league. This offseason saw the side secure some high-profile intra-league talent with the likes of Chrisnovic N’sa and Dominick Zator, with a number of young new domestic signings being supplemented by international talent.

Unfortunately for the Nine Stripes, not all of these internationals have been able to arrive: both Lisandro Cabrera and Mateo Hernandez have been sent out on season-long loans in the interim, while the visa applications for both Sebastian Gutierrez and former Fluminense youngster William Wallace haven’t made significant progress.

To make up for the delayed arrivals, York United recently signed four new players, two of whom are internationals with American passports who were able to more easily enter the country.

All-told, York United has undergone a significant rebuild that certainly has potential on paper – though if the team can live up such expectations remains to be seen. Last year saw the side secure two wins, four draws, and just one loss, though the side didn’t qualify for the group stage of the tournament.

McNab also noted he was optimistic about the precedent set for Ontario after a number of second dose vaccinated healthcare workers were allowed to attend a Toronto Maple Leafs game last month, which – if similar standards are applied when the Nine Stripes return to home markets – would suggest that fans should be able to attend matches at York Lions Stadium, especially given that those seats would be outdoors rather than the indoor setup seen at the Scotiabank Arena.

Under the current reopening plan for Ontario, the resumption of outdoor sports leagues, games, and events are included in step two, with the province having begun step one on Friday.

The club will play its first match of the upcoming season on June 27 against Cavalry FC in Winnipeg, Manitoba. York United will be confirming the club’s departure date for the bubbled start to the campaign on Monday or Tuesday.