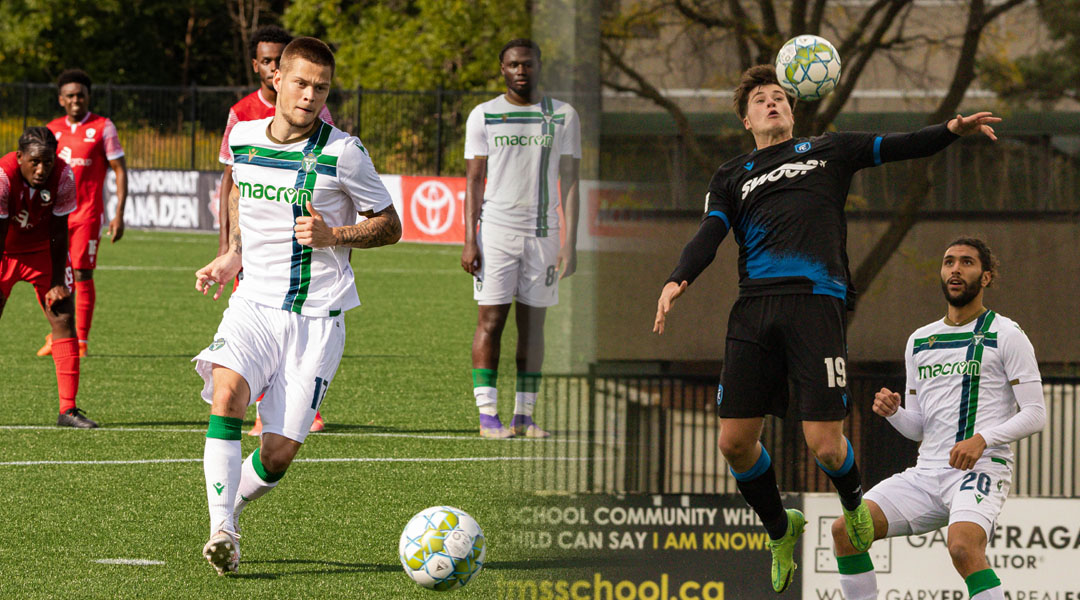 Canadian Premier League side York United had signed Julian Ulbricht and Tobias Warschewski, and will be loaning the duo to FC Edmonton for the upcoming season.

The news was reported by Manuel Veth earlier this evening and has been confirmed by additional sources to Northern Tribune.

Both athletes had played with one another during their time German fourth division side Phonix Lubeck before playing for York United and FC Edmonton respectively, so it’ll be interesting to see how they fare whilst on loan in a much-transformed Eddies roster.

German striker Tobias Warschewski had been signed by FC Edmonton last season, and quietly led the league with seven assists through 26 league appearances. The forward bagged an additional four goals in that time, proving himself to be one to watch even in the midst of a difficult campaign for the Eddies.

The 24-year-old had spent a season with Phonix Lubeck prior to his time in blue, scoring one goal in five appearances. His professional career began in the German third division with Preussen Munster, where he broke into the first team and ultimately went on to score ten goals across 51 appearances.

He also scored two goals in four appearances for Germany at the U-19 level, suggesting a high ceiling for the new Nine Stripes signing.

York United striker Julian Ulbricht secured a return of five goals in twenty appearances for York United least season, three of which came in league action and two of which came in a cup brace against Master’s Futbol Academy. The centre-forward had a relatively quiet season with the Nine Stripes, but it’s clear the side feels he has more to show with its decision to re-sign the striker.

Ulbricht arrived to the CPL after playing for Hamburger SVII and FC Phonix Lubeck. The centre-forward developed at FC Saint Pauli, with his move to Canada marking his first experience playing abroad.

The move gives York United a lot of flexibility: should Ulbricht or Warschewski impress during their time on loan with the Eddies, it puts pressure on the club’s currently-rostered internationals to perform. At the end of the 2022 CPL season, the side can assess who will be re-signed for 2023 or beyond.

We have also learned that York United has club options through to 2024 for both Julian Ulbricht and Tobias Warschewski. What’s more, it appears that the duo aren’t the full York United contingent en route to FC Edmonton through loan, either.

As expected, the terms of the loan will mean that neither player will be able to feature against their parent club.

All-told, it’s a move that makes sense for both parties: with York United club owner Carlo Baldassarra already helping fund FC Edmonton player salaries, why not invest in players that could benefit the Nine Stripes in the long run?

Neither York United or FC Edmonton have commented on the transfer-and-loan as of yet.