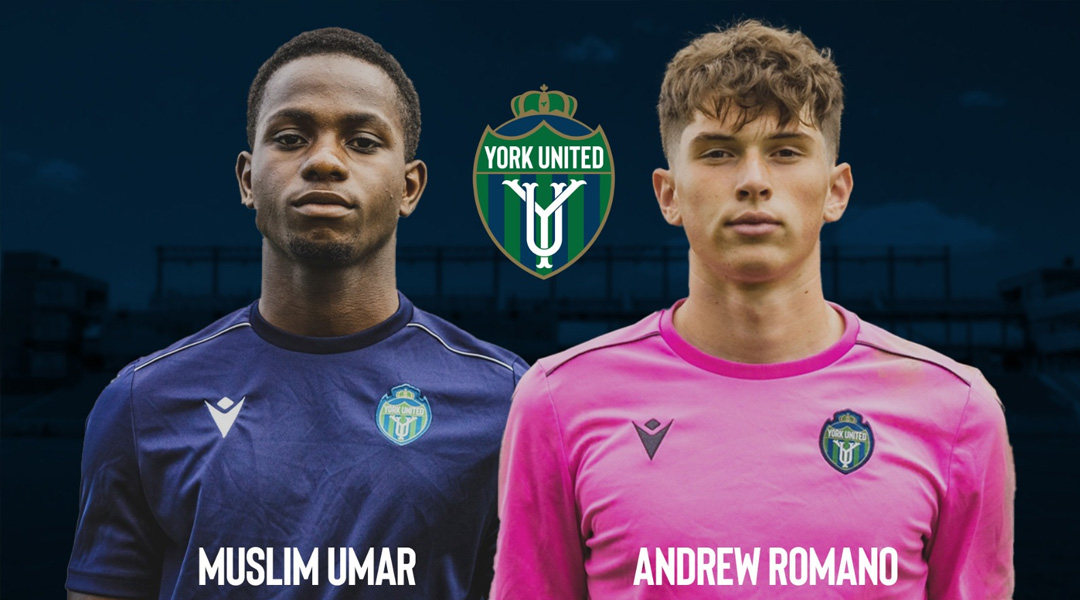 The CPL side confirmed that left-back Terique Mohammed has departed following the termination of his loan, with the 21-year-old Dundalk defender having impressed in nine appearances for York United. His last appearance came against Forge FC on July 31 before an injury spell on the sidelines.

York United then confirmed two additions to the club who both arrive on developmental contracts. The first is Muslim Umar, and if that name sounds familiar it’s because the 18-year-old midfielder was quietly added by FC Edmonton earlier this month but ultimately made no appearances from the bench before his transition to the Nine Stripes.

The Nigeria-born athlete is an FC Edmonton Academy product who featured for local Edmonton side Internazionale before signing with the Whitecaps youth setup in 2019. He was selected for the Bayern Munich U-19 World Squad earlier this year, which is designed to help young players from around the world showcase their abilities in an elite-level cultural exchange.

York United describes him as an exciting and creative talent who possesses a healthy mix of speed, skill, and control, though the youngster arrives to a fairly crowded midfield at York Lions Stadium.

The club has also brought in it’s youngest goalkeeper yet, with 16-year-old goalkeeper Andrew Romano joining the side on a developmental contract. The Vaughan, Ontario prospect has a history with York United Goalkeeper coach Camilo Benzi, which is how 17-year-old Ezequiel Carrasco made his professional debut last year.

Benzi has been an integral part of York United’s technical staff, with Nathan Ingham describing him as a key reason for his return back in 2020.

The Nine Stripes had brought in 19-year-old Eleias Hamaras while Ingham was out injured last month, with developmental contracts allowing plenty of roster flexibility for the CPL side to look at young domestic talent.

York United is on a fine run of form in the Canadian Premier League, recently rising to a playoff position after going undefeated in ten of the club’s last eleven league games.