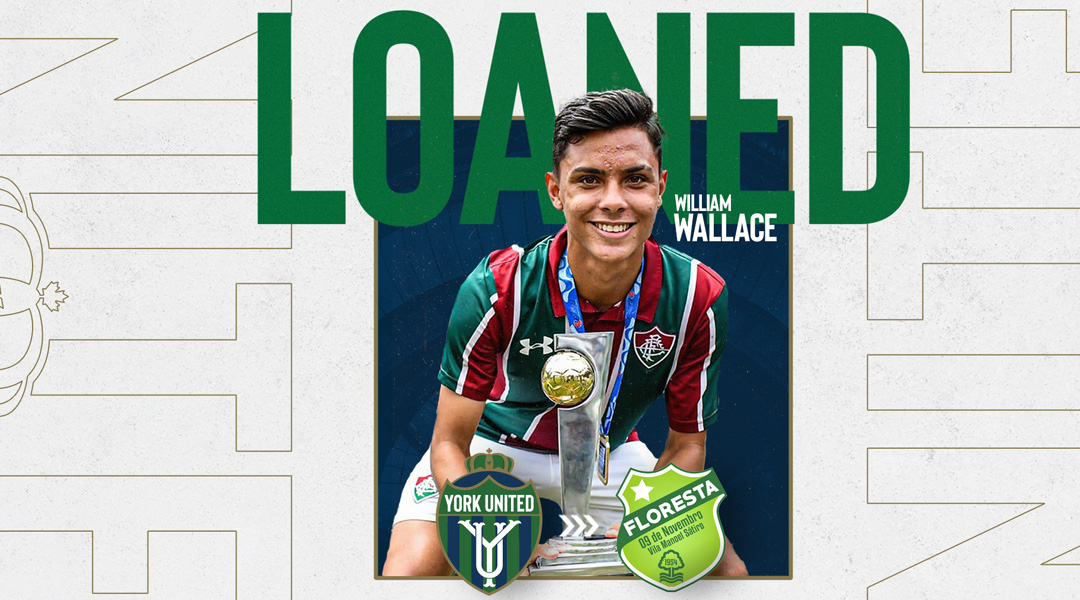 The Nine Stripes had purchased the 19-year-old for an undisclosed fee from Fluminense last November, initially signing him on a two-year deal with an option for 2023. That deal has since been restructured to include club options to 2024.

The 19-year-old is one of three York United internationals who weren’t able to enter the country due to immigration issues, with McNab opting to send the wing-back out to a club in which he has plenty of familiarity:

It’s his former junior club so it’s an environment he is familiar with and one where we know he can continue to learn and improve before coming to Canada in 2022. William has also restructured his contract that gives us club options to the end of 2024.

The Brazilian youngster has already been with Floresta Esporte Clube for about six weeks, participating in several pre-season friendly matches at the academy level and scoring in a few, too.

Wallace was first recruited by Serie A side Fluminense following a standout performance at the U-17 Campeanato Cearense, and had regularly performed for the top flight Brazilian side’s youth team last season.

York United hopes to have the former Fluminense youth prospect join the side in March 2022 after allowing him to continue his development in Brazil until the next CPL season.

He was expected to offer Diyaeddine Abzi competition in the left-back spot this year, with Terique Mohammed filling that role while on loan from Dundalk instead. This month saw Colombian midfielder Sebastian Gutierrez land as the final international reinforcement for the CPL side.

The club’s other displaced internationals, Lisandro Caberera and Mateo Hernandez, are on season-long loans to Costa Rican side Guadalupe FC.

The financial terms of Wallace’s contract were not disclosed by York United.