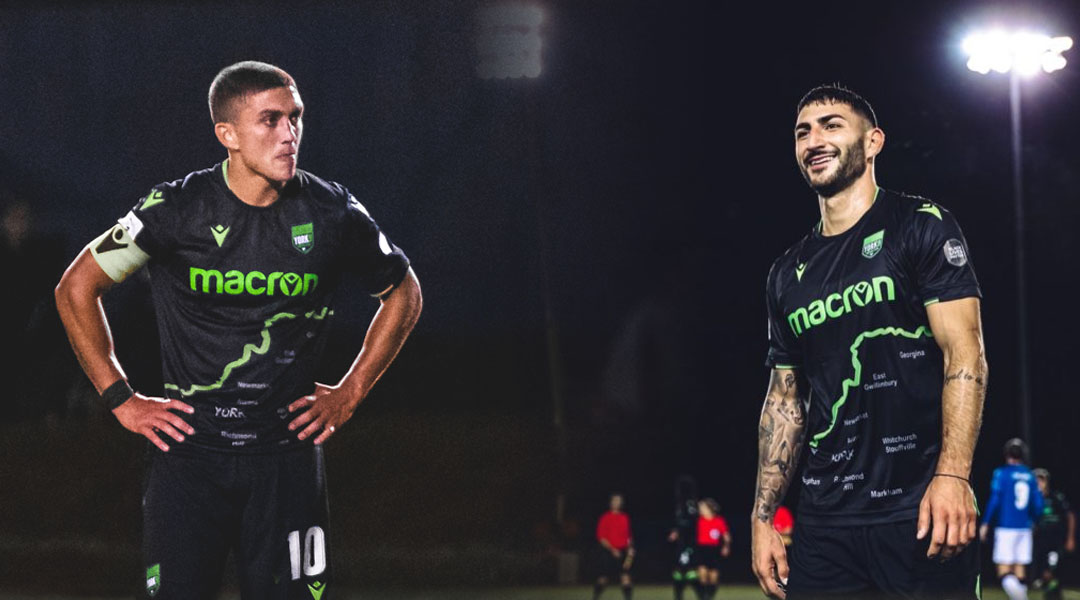 The past few days have seen plenty of transfer speculation surround York9 FC following the club’s latest roster update, which revealed that impressive midfielder Joseph Di Chiara was on his way to another Canadian Premier League side. Of course, the 28-year-old – who is suspected to be a Cavalry FC acquisition – isn’t the only athlete outbound from the Nine Stripes midfield contingent.

We’d reported that Chris Mannella was in talks for an intra-league transfer despite a contract offer from the Nine Stripes, with speculation now coming from both Oliver Platt and Duane Rollins that the centre midfielder is in talks for a return to the nation’s capital via Atletico Ottawa.

The Toronto FC Academy product spent two years with now-defunct USL side Ottawa Fury prior to his move to York9 FC, but saw an injury hamper his Island Games influence down to only two matches.

While the expansion side has remained tight-lipped regarding its own roster updates, the idea of a midfield comprising of Ben Fisk, Francisco Acuna, and Chris Mannella does sound promising. Given that Viti Martinez is out on loan right now, it’s expected that he’ll feature in the expansion side’s midfield next year, too.

York9 FC team captain Manny Aparicio is also out of contract, with the freekick specialist now being linked to Pacific FC. The club’s captain has made 37 appearances for his local side, scoring four goals split evenly across the last two campaigns, all from outside of the box.

When we talked with head coach Pa-Modou Kah last week, we’d asked the club gaffer if he was targeting a specific area on the pitch for improvement. He suggested that the club was mainly looking at bringing in high level competition to increase the squad’s overall level of play, earmarking Pacific’s midfield as one area they wanted to bring in proven goalscorers and creators – and Manny certainly fits that bill.

Platt states that insiders from the west coast club believe that the Tridents aren’t rushing into any moves, though a representative of the club did state to us that both returning players and brand new player signings were due to come over the next few weeks.

In the meantime, York9 FC have started contract talks with former Valour FC captain Dylan Carreiro, who has returned to the Toronto area for family purposes.

While Mannella and Aparicio are the only two York9 FC players to carry the headlines this weekend, they’re not the only out of contract players looking at options elsewhere: Kyle Porter and Wataru Murofushi are expected to be depart, while centre-back Roger Thompson is in talks with two other CPL sides after a sharp Island Games performance. Gasparotto still hasn’t come to terms the club either, while Telfer’s potential return hinges on a lack of moves elsewhere for the former Toronto FC man.

There appear to be no hard feelings from York9 FC top man Angus McNab, who told fans to expect some announcements regarding the out of contract players in the upcoming weeks and was transparent about the tough realities of league’s financial requirements:

We are a salary-capped competition so there is going to be off-season movement most seasons. For me this is a positive as it shows the league is continuing to evolve. We’ll get some deals done and with others we won’t agree on a valuation and move on. That’s the business of football and I do not begrudge any player the opportunity to earn more somewhere else. We wish them the best and thank them for their efforts in a York9 jersey.

Should all of the above depart, it’s worth noting that only two of the twelve oldest players from the 2020 squad would be staying with the side next season (that duo being Ingham and Doner, both of whom are contracted for the upcoming year). McNab has been signing several youth products to long-term contracts, while his international acquisitions have typically been on younger side too – a clear indication that the Nine Stripes head office is hoping to become a selling club and a proving ground for young talent, domestic or otherwise.

Whatever happens, both Mannella and Aparicio are more likely to depart than stay, and they’re not the only Nine Stripes looking that way. While Valour FC and the Halifax Wanderers underwent large rebuilds after the inaugural season, it seems like York9 FC will be the first club to go through a significant overhaul after the young league’s second campaign.

Both Aparicio and Mannella declined to comment regarding the transfer speculation, with things having yet to be finalized regarding their futures.