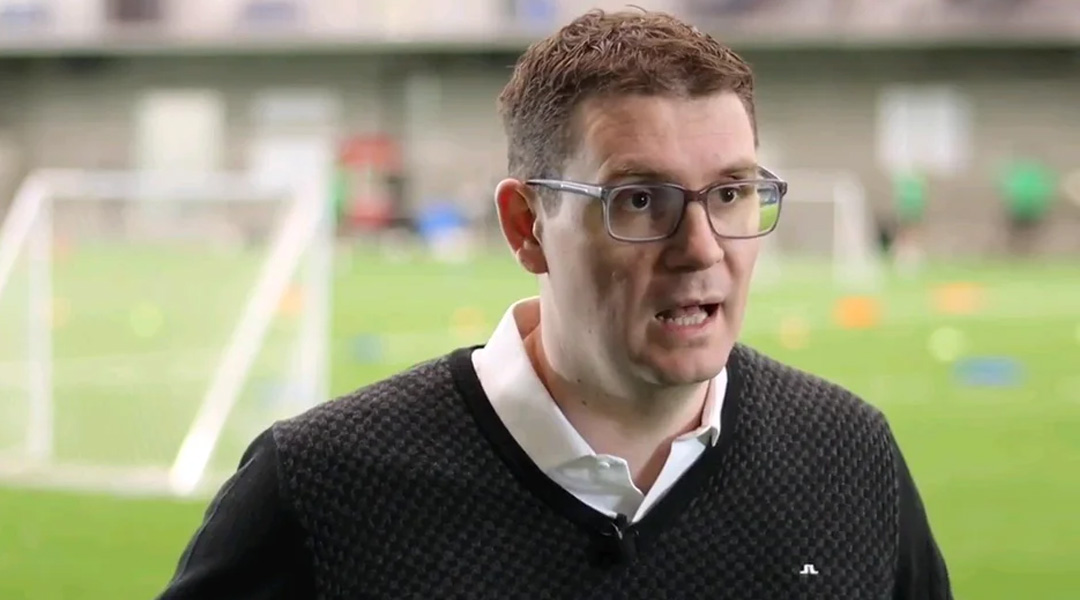 This week, York9 FC season ticket holders began receiving phone calls from the club asking for their thoughts on the club’s name. The Nine Stripes wanted to know what fans had initially thought of the York9 FC moniker when they first heard it, with the club also putting out some feelers on more traditional name recommendations.

The survey – which also asked fans for their thoughts on the club logo and queried if season ticket holders lived in the region itself – may help the CPL side move in a new direction with its name, marketing, and visual identity. While York9 FC certainly has one of the more eyebrow-raising names at first glance, the survey still proved to be a somewhat divisive talking point for fans.


Speaking with Northern Tribune, Club President Angus McNab says that the survey is his way of ensuring that the club’s identity and branding are going in the right direction. The Scotland-born sports consultant is an analyst at heart, and he wants to leave no stone unturned: he wants York9 FC put in the best position it can be, so he’s crunching the numbers on everything from signings, marketing, and matchday activities to the very roots of the club’s young identity.

I just wanted to take a pulse on how members felt about the club and our visual identity. We spent a large six figure sum on various marketing and brand efforts in 2019 so I need to make sure I explore every aspect of our marketing, brand, and identity to make sure we are in a position to succeed.

The potential identity update is not an entirely unprecedented move: Serie A giant Juventus went through a large brand update in 2017, and some of the world’s most historic clubs like Manchester United and Arsenal have changed names entirely throughout their storied history.

Regardless of one’s thoughts on the name, it’s something that the club struggled to put out there in 2019: of all seven inaugural CPL sides, York9 FC had the smallest average attendance with 2,723. The CPL side struggled to pull in consistent crowds, with former Club President Preben Ganzhorn promising better matchday experiences to come in 2020. It’s a sentiment that McNab has echoed, and an area where he has MLS-caliber expertise.


Having helped MLS side Colorado Rapids build up the club’s brand and increase engagement, McNab is a veteran at growing the beautiful game in a crowded sports market. To that end, he’d already put a plan in place to ensure home games didn’t conflict with TFC matches, a factor which greatly impacted attendance at York Lions Stadium last year. Unfortunately, the COVID-19 pandemic has nullified the impact of those fixture changes for 2020.

Still, it’s just one example of new ideas that the new Club President has put in place, though he evidently isn’t fully satisfied with the large-scale direction of the Nine Stripes yet. With the survey revealing that the club is considering a brand shake-up, it begs the question: what prompted McNab to review a club identity that is still in the midst of finding its place?

The answer, somewhat surprisingly, lies at the feet of a time-travelling robot who was canonically killed by the very club he (horrifyingly) represented.

I’m almost worried to bring him up again but it started with Yorky. It made me look and wonder if the club had worried too much about manufacturing a narrative. That ultimately led to the decision to move on from Yorky but it jumped to the front of mind again when we sold Emilio. Comments I received from international markets on what was the club/what does it mean came up again – I just wondered was it a good enough first impression and did we stand out for the right reasons.

First impressions are a big part of business, and York9 FC needs to pull in all the fans it can get. The club has had an impressive offseason under McNab’s guidance, bringing in high-profile domestic talents like Ryan Telfer and Michael Petrasso, with the club also making a splash in the international market by bringing in the likes of Gabriel Vasconcelos, Brian Lopez, and Adrian Ugarriza.

The players certainly have the potential to wow crowds, but the clubs needs to fill up those seats to give them the opportunity to do so. In order to do that, says McNab, the club needs to do its part to reach more people. The numbers he’s looking at show that there are as many season ticket holders in the GTA as there are in the York Region itself, so it may make sense for the side to shift its marketing and branding to reflect the half of its fanbase that doesn’t actually reside in the York Region.

It’s about developing community. The data we see, we have as many members from the GTA as we do York Region. We want a full stadium, a best in class fan experience and an atmosphere that is the best in Canadian Soccer. To do that we need to welcome and reach more people.

From the survey discussion we heard, it sounds like York will still remain central to the name, but the nine may be in for a change alongside the club’s marketing efforts. For the moment, McNab is just putting some feelers out to the fanbase at large.

While York Lions Stadium was more empty than it was full last year, the Voyageurs Cup match against the Montreal Impact proved that an electric atmosphere wasn’t unattainable. That atmosphere was, in large part, brought on by TFC fans from the GTA who didn’t want to miss an opportunity to cheer against Montreal.

At the same time, the main stands were filled with a lot of curious eyes who hadn’t seen York9 FC before. After the CPL underdogs secured a 2-2 draw after coming one last-gasp crossbar strike away from a historic victory, those curious eyes would have likely left impressed with the quality of play on the pitch, but it’s retaining that interest that McNab is concerned about.


When the news of a potential rebrand first made waves around the Nine Stripes faithful, the reaction wasn’t fully positive: several members of Generation IX took to Twitter to slap a No Rebrand hashtag on posts made by both the club and Angus McNab himself. When asked about what he thought about the reactions from those members, McNab didn’t shy away from his opinion: he says his prior discussions with some of them had yielded much different results when the medium was a private forum.

That is interesting as the same members had a very different reaction in the discussions they had with club staff so I feel there is a degree of posturing going on there. I think on social media clubs usually see great cynicism or negativity but the reaction we’ve seen there is a lot of pro rebrand chat too.

Of course, the idea of making the club more welcoming to the GTA brings with it the catch that, at last check, York9 FC still plans to build a home ground further up north into the York Region in the years to come. While former Club President Preben Ganzhorn said the club had taken big strides in securing a new stadium site, it looks like York9 FC is poised to play at York Lions Stadium for the foreseeable future. It’s easy to see why this could lead to some brand confusion when the club representing the York Region has a home just outside of it.

Even if the club shifts its branding to encourage more members to come in from the GTA at large, McNab says the branding of the ‘nine stripes’ is one piece of the club’s visual identity he sees saying:

I think this is a great piece of our identity. I think the way the creative and marketing team at the club has evolved the look and feel of graphics / developed a style for 2020 has been one of the biggest successes this year. There are a few things we are looking at with this and I think a play on Nine Stripes will be key as we move on – it’s a great way to develop a secondary wordmark and we actually have New Era retail product with “Nine Stripes” very much front and center as we need to build that side of the brand as it is strong.

With the 2020 Canadian Premier League season shaping up to take place in a single province, it’s going to be a longer wait until fans will be able to see if McNab’s early impact as Club President will have improved attendance and performance. A potential brand and identity shake-up has massive long-term ramifications, and that’s why he’s starting the conversation by simply conducting a survey with the season ticket holders: this isn’t a decision one takes lightly.


It’s been an eventful week for York9 FC, with the club resuming non-contact individual and small group training sessions after announcing the return of fan-favourite Ryan Telfer. In his first six months at the club, McNab seems to have built up plenty of goodwill ever since arriving alongside Paul Stalteri. He’s evidently not afraid to roll up the proverbial sleeves and make an impact, even if it proves somewhat controversial with fans.

The veteran sports consultant has proven himself to be a numbers man, so it’ll be interesting to see if the survey results tip him towards changing the club’s identity and marketing efforts. While it’s too early to tell if the survey is just one step of many towards an update in such regards, this could be the beginning a significant moment in the young club’s history.