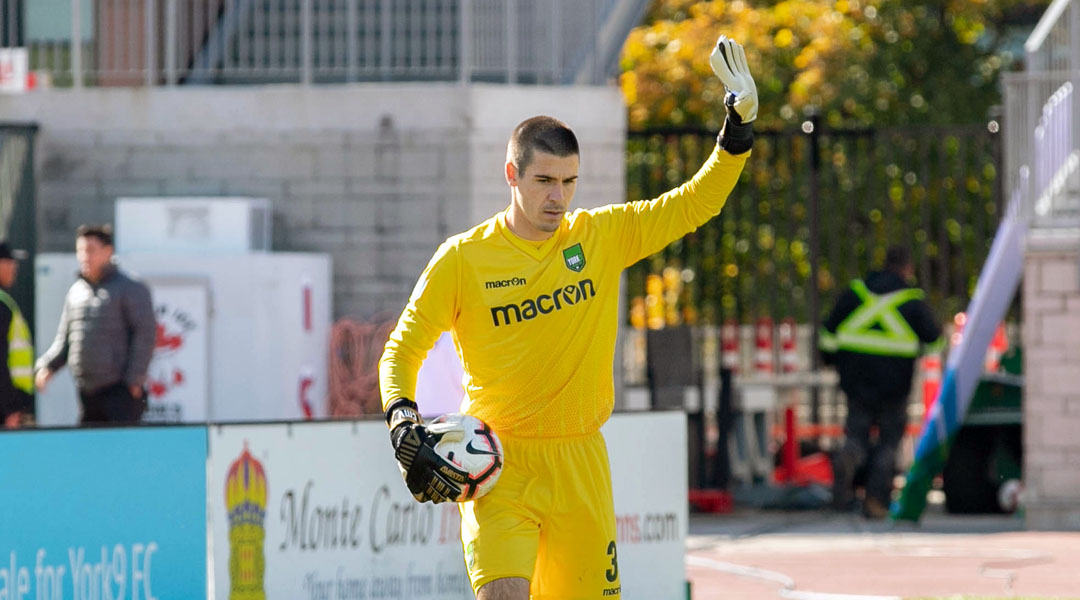 York9 FC Goalkeeper Colm Vance has left the world of professional football to study for his MCATS this July and pursue a career in medicine.

The 27-year-old from Bradford, Ontario made the move during the prolonged offseason window caused by the COVID-19 pandemic, with the time seeming right for him to pursue a different career opportunity.

Colm is a great guy and we really valued his presence in the squad. I was disappointed to grant him a release but it was 100% the right thing to do. He has been first class to deal with during this and I’m sure he’s going to be a phenomenal doctor – who knows, he could even be our team physician one day if that’s the route or specialism he takes. Colm will always be a part of our club family.

Last year marked Vance’s first season as a professional athlete, with the former York Lions goalkeeper remaining on campus as the third choice shotstopper for York9 FC. His debut match came on the last game of the season in a home match against the Halifax Wanderers, who recorded their only away win of the year with a 2-0 victory over the Nine Stripes.

In December, York9 FC had re-signed Vance alongside midfielders Joseph Di Chiara and Kyle Porter. He was expected to provide competition for first choice goalkeeper Nathan Ingham, who revealed he has very high ambitions for his 2020 campaign.

The York Region club had originally intended to enter the 2019 campaign with Matthew Silva and Colm Vance as the club’s only goalkeepers, but preseason injuries led to the late signing of Nathan Ingham. The Newmarket-born goalkeeper was announced a single day before the club’s first-ever preseason in Punta Cana, where he firmly established himself as the number one choice.

Matthew Silva has since signed with Valour FC. For this year’s campaign, he’ll be joined in Winnipeg by another former Nine Stripe in Austin Ricci.


The club will replace Vance with Ezequiel Carrasco, a seventeen-year-old goalkeeper who has trained with the club since their original preseason in Florida. The youngster has worked with York9 FC goalkeeper coach Camilo Benzi for several seasons while at the Kleinburg Nobleton Soccer Club, and also trained with Chilean Primera Division club Everton de Viña del Mar.

York9 FC did not disclose the length or financial details regarding Carrasco’s contract.