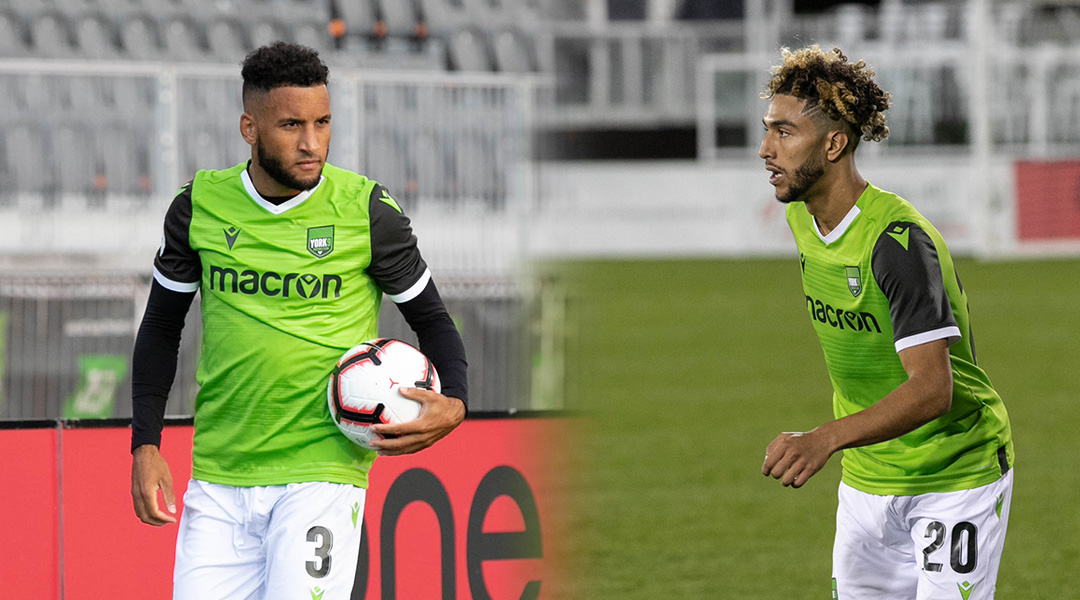 Canadian Premier League side York9 FC has retained both of its starting full-backs for the duration of the 2020 season.

Today, the club announced the re-signing of both right-back Morey Doner and left-back Diyaeddine Abzi. 2019 saw the pair complete their first year of professional action, with both certainly impressing throughout the inaugural Canadian Premier League season.

We’re delighted to have our fullbacks from last season joining us again. Both players had tremendous years and we’re looking forward to working with both of them to get the best out of them. Their careers are on the upswing and we felt it was important to get them both back in York9 jerseys.

Doner had already made mentioned of his contract renewal last month. The 25-year-old full-back had to wait to make his professional debut, but then played every possible minute once he made his first appearance for the Nine Stripes against Forge FC in late May.


He made 29 appearances for the Nine Stripes in all, scoring an absolute rocket against Valour FC that earned him the nickname of The Collingwood Cannon. His first year of professional action would see him win the York9 FC Player of the Year fan vote, too. The former Aurora FC man also notched in four assists throughout the 2019 season.

On the opposite flank, 21-year-old Montrealer Diyaeddine Abzi also impressed after making the jump to the CPL from PLSQ side AS Blainville. He was nominated for the league’s Best U-21 Canadian Player Award after a season which saw him contribute one goal and four assists across 30 appearances.


Both players were included in the fan vote Team Of The Year, so it’s no surprise to Brennan retain the duo – especially since they’ve both adopted well to his tactical philosophies.

The pair of fullbacks became fast-friends in the months leading up to the inaugural CPL campaign, and while Doner admits that his french isn’t exactly passable, their off the pitch friendship has evidently helped their on-the-pitch performances, too.

I’m more of a natural fullback, he’s more of a winger converted into a fullback, but we love the way we complement each other. He knows how to get forward and come back, me the same. Not only are we friends off the pitch, but we do a lot of similar things on the pitch. That helps.

Team Captain Manny Aparicio and goalkeeper Nathan Ingham have also been re-signed for the club’s 2020 season, while Swedish striker Simon Adjei has implied that he’ll be returning next year, too.


Brennan released six players last month as he cleared way to make new signings. The club selected two Ontario-based youngsters in the CPL-U SPORTS Draft, and is also conducting a local U-21 scouting combine in the hopes of fulfilling its required number of domestic U-21 players.

Financial details regarding today’s two re-signed players were not disclose by York9 FC.