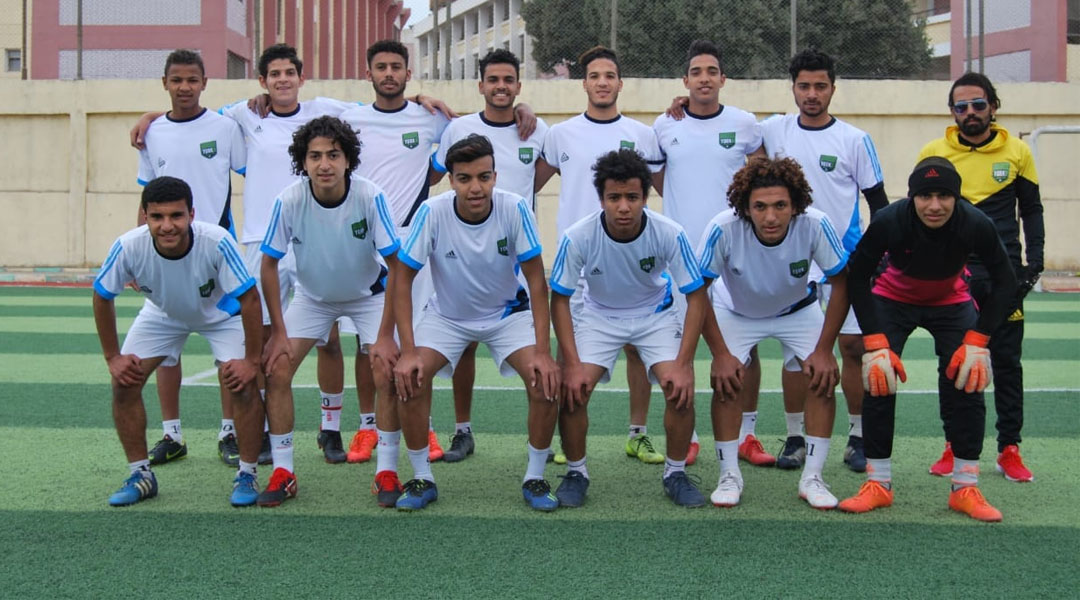 No, York9 FC Doesn’t Have An Affiliate In Egypt

Today, an unusual discovery was made by York9 FC fans: an Instagram account appeared to show an Egyptian affiliate team representing the Nine Stripes abroad, complete with a full team of both men and children donning uniforms with York9 FC insignia.

As it turns out, York9 FC has nothing to do with the appearance of a foreign club wearing knockoff Nine Stripes gear: the Egyptian team is simply infringing on the club’s copyright and lying about any relationship with the Canadian Premier League side.


It all started on February 14, when an unrelated Facebook page appears to have rebranded itself as ‘York9 FC in Egypt’ and claimed to officially represent the Nine Stripes, which evidently isn’t the case. The imposter club is apparently led by Mahmoud Faisal, an individual who appears to be misrepresenting his team in an effort to lend credibility to his unaffiliated side. The page also credits him as an international.

The unaffiliated club has not responded to an inquiry from Northern Tribune as of yet, though York9 FC itself reached out to clarify things earlier today. A representative from the Nine Stripes confirmed that York9 FC has no affiliation with the ‘York9 FC in Egypt’ account, and the use of the logo from the team appeared to be a simple case of copyright infringement.

By chance, this is the second time that York9 FC has had to clarify its relations with an international side. Back in February, Serie B side Delfino Pescara appeared to have arranged a friendly tournament featuring the Nine Stripes, with York9 FC needing to clarify that no such plans were in place. This time around, however, a professional club isn’t the other party.

Interestingly, this team appears to have played matches in Cairo, though it isn’t clear at what level. The Egyptian team also claims to have a partnership with Cairo-based side Al Ahly Sporting Club, though Northern Tribune could find no official links to this professional side either.

Ironically, the actual York9 FC club is considering a significant rebrand, meaning that the logo on the knockoff kits from the unaffiliated team may soon be out of date, anyway.


The actual York9 FC squad is currently in the second phase of training, which allows for small group exercises. The club is preparing for a shortened 2020 Canadian Premier League season that is expected to start in late July or early August, with the competition likely to take place within a single province. However, CPL Commissioner David Clanachan wasn’t willing to rule out the possibility of any home games just yet.

Whatever happens with the Nine Stripes moving on, one thing won’t change: they’re not affiliated with the Egyptian team that seems to have popped up out of nowhere. With the CPL side having been unaware of the copyright infringement until now, it remains unclear if any legal action can or will be taken against the Egyptian imposters.