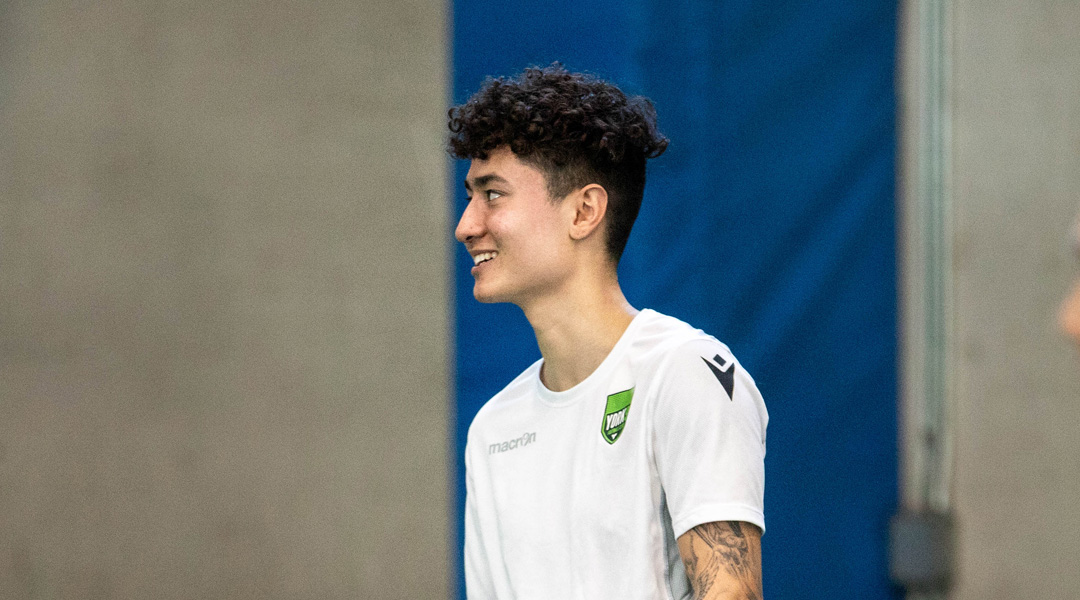 The transfer marks an impressive upwards trajectory for the Toronto born-player: After impressing at the 2018 CPL Open Trials, Emilio earned his first professional contract with York9 FC and went on to make 18 league appearances, scoring his first-ever professional goal against the Halifax Wanderers.


Known for his quick feet and a diverse portfolio of skillful moves, Estevez will be an interesting feet in a Dutch top flight known for giving youngsters a chance to flourish.

While he’d attended camp for the Chinese Taipei national team before, it his jump up to the Canadian Premier League that helped him make his full international debut for the side, for whom he was eligible through his Taiwanese mother. Estevez has gone on to make three appearances for the national team, one of which was a World Cup Qualification bout against Australia.

Coming from trials two years ago and now going to Europe is obviously a huge thrill for me. I learned so much and owe a lot to the coaching staff at York9 who believed in me and gave me a shot. Now I’m going to one of the biggest footballing countries in the world and I’m incredibly excited.

The Canadian Premier League has seen a handful of its inaugural season players make significant moves: league MVP Tristan Borges was sold to Belgian side Oud-Heverlee Leuven, Joel Waterman was picked up by the Montreal Impact, and Valour FC youngster Tyler Attardo was picked up by a club in Chile.

Emilio’s transfer makes him the first Canadian Premier League to jump directly to a European top flight division. The Nine Stripes had re-signed Estevez back in December.


There had been another international suitor who expressed interest in Estevez a few months ago, but club gaffer Jim Brennan was clear that the 21-year-old had a transfer fee attached. While that number was evidently too high for the original suitor, it didn’t preclude ADO Den Haag from coming to terms with the side a few months later.

Club President Angus McNab was quick to recognize the significance of the Emilio’s move to ADO Den Haag:

Everyone at the club would like to wish Emilio all the very best following the agreement of his transfer to ADO Den Haag.  Emilio is a great guy and one that the coaching staff and squad will miss.  We couldn’t be more thrilled for him and he leaves with everyone wishing him the very best for the future with The Storks. This transfer is a further sign of the progress the CPL has made in a relatively short period of time.  On our side Jimmy Brennan deserves so much credit for identifying Emilio and working with him.  We want to be a club that is known for developing talent and we hope this is the first of many sales to top divisions in Europe.

York9 FC did not announce the financial terms of the deal. With Emilio’s move to the Netherlands, the Nine Stripes have 21 players currently on the roster, leaving room for two potential additions. Most recently, the side brought in TFC Academy product Ijah Halley.

Sources have indicated to Northern Tribune that as history unfolds with Emilio, it may be repeating itself elsewhere: the arrival of international players like Brian Lopez, who could not secure a permit to travel to Canada before the pandemic, may be in jeopardy. Last year, the club had to eventually nix the transfer of Jose Pina due to visa difficulties.

In any event, Emilio’s transfer to ADO Den Haag is a bright spot of history for a young Nine Stripes team and, of course, the Canadian Premier League itself.