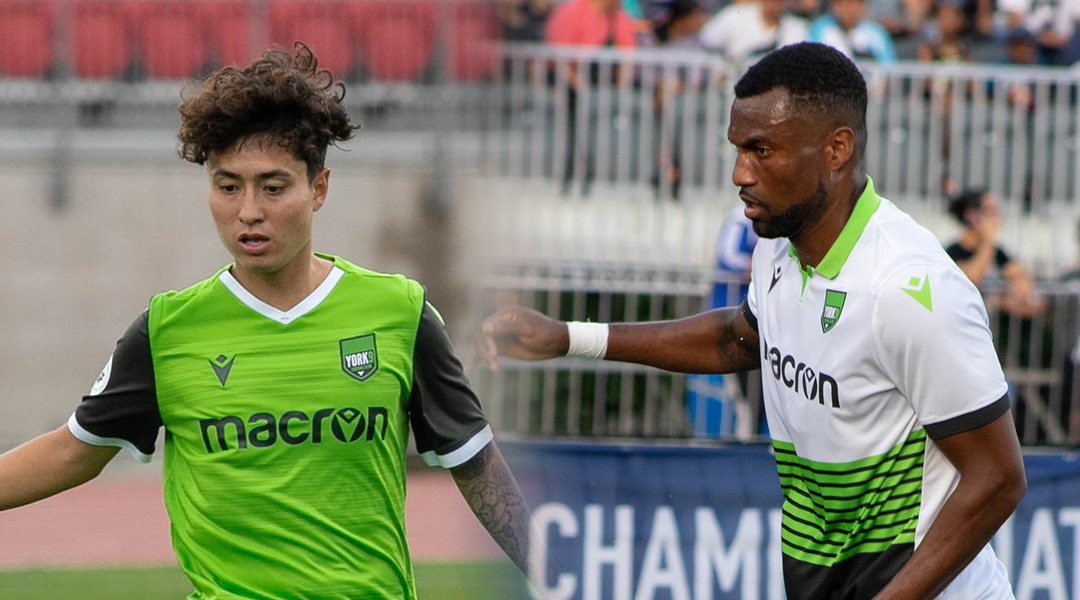 The last two weeks have been busy for York9 FC: the club had only publicly re-signed Nathan Ingham 14 days ago, but now the York Region side officially has twelve players on the books for the 2020 season.

Today, the club revealed that both attacking midfielder Emilio Estevez and defender Roger Thompson have signed on to stay another year with the Canadian Premier League side.


21-year-old Taiwanese international Emilio Estevez first signed with the Nine Stripes through the Got Game Open Trials, and his growth throughout his first year of professional action was clear to see: he made his international debut, scored his first professional goal, and impressed spectators with his flashy footwork.

Emilio is a kid that caught my attention the second I saw him at the Got Game Open Trials in 2018. He’s got so much talent and I’m really looking forward to helping him develop that.

He was largely expected to re-sign after Brennan stated months ago that they would keep on working with him in the offseason to help him develop as a player, implying that he would be returning next year.

Roger Thompson, 27, was largely expected to be a regular starter throughout the club’s inaugural season, but injuries kept the defender sidelined and he ultimately only made 12 appearances across all competitions. Fans should expect to see more of the imposing six-foot-three defender in 2020, barring any injuries.

Roger is an important part of our backline. He brings a big presence, both physically and as a leader, and the difference he makes for us when he’s on the field is staggering.

The Nine Stripes now have four defenders on the books, though it remains to be seen of Saint Kitts and Nevis international Justin Springer will return to provide some depth.

The aforementioned duo have been announced just a single day after Kyle Porter, Joseph Di Chiara, and Colm Vance confirmed their stays as well. That now brings the York9 FC roster up to twelve players, with most of the core group now confirmed – though fans will be eager to hear whether Rodrigo Gattas or former Toronto FC man Ryan Telfer will be returning next year.


Brennan promised improvements to the performances that saw the club finish third place overall, releasing six players to make room for new blood that may have been found in a recent Mexico-based international scouting combine and a domestic U-21 talent camp held by the club in the York Region.

The Nine Stripes also selected two youngsters in the CPL-U SPORTS Draft, though Brennan would still need a third domestic U-21 player to make his roster compliant with league rules.

Financial details regarding the contracts of Estevez and Thompson were not disclosed by York9 FC.