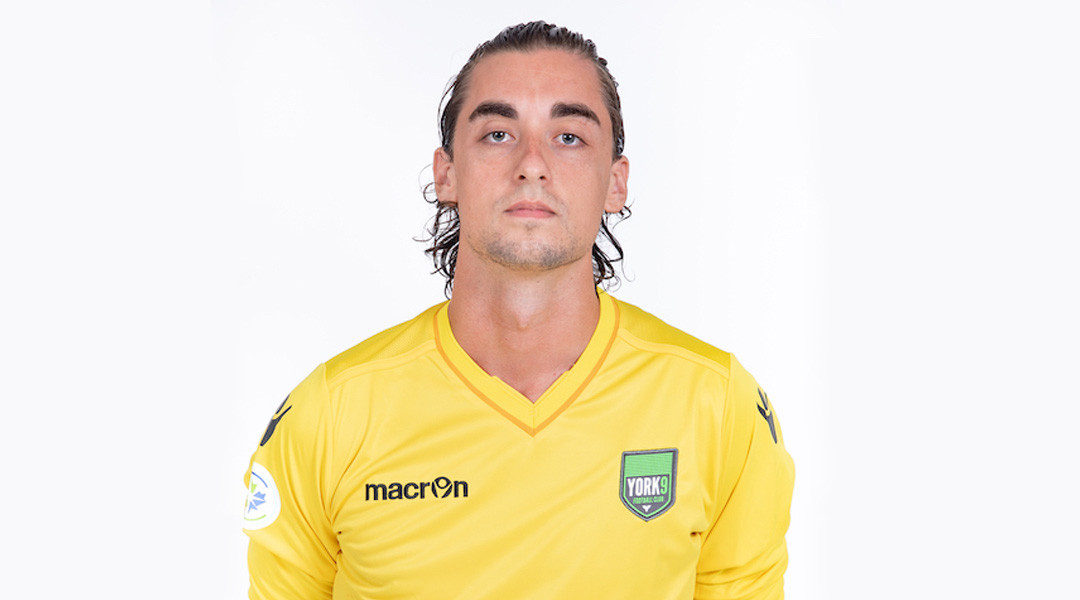 A day before York9 FC traveled to Punta Cana for its preseason camp, head coach Jim Brennan made a subtle announcement: the club had signed 25-year-old local goalkeeper Nathan Ingham alongside Venezuelan José Piña. It would be days later that the club posted this announcement online via its Instagram and Twitter channels.

Despite joining the club 2 months after Mississauga-born goalkeeper Matt Silva, who had recently clocked in a few years of experience playing in the Swedish Second Devision, it was clear Ingham impressed in Punta Cana: he got plenty of minutes in the club’s preseason games, sparking debate on whether Matt Silva would retain his starting spot.

When a crowd of 17,611 arrived at Tim Hortons Field to watch the inaugral Canadian Premier League game, it was Nathan Ingham who walked out of the tunnel with the starting eleven. He would go on to make a fantastic debut, with good positioning helping him deny a Forge FC attack that really peppered the York9 defense with shots. He was quick to distribute, too, accurately finding his teammates regardless of where they were on the pitch.

When asked when he knew he’d won the club’s starting spot for its first-ever match, Ingham revealed he only knew a day or two before the inaugural Canadian Premier League match:

We found out – we usually get the roster a day or two beforehand. In Dominican, I was getting the majority of the minutes, so you have that. You know it’s your spot to lose. Just like on the field, it’s never a safe lead. It never felt safe. Matt and Callum are both good goalkeepers. Everyday we’re all coming in and grinding away. I just knew that I had to keep showing up, and keep making saves. I was lucky to get the start.

Despite a late goal taking away what would have been the first-ever clean sheet of the league (which Mark Village would later claim), Ingham faced 6 shots on goal, plenty of near-misses, and made what Brennan described as a ‘world-class save’ with the tip of his toe to deny what many thought was a sure goal. For now, it seems the starting spot is Ingham’s to lose.

With seven different clubs all building rosters from scratch over the last few months, it seems most starting spots aren’t safe: Quillan Roberts was expected to be the immediate starter for Forge FC, but Triston Henry impressed so much in preseason that he was the shotstopper for the inaugural game, echoing Ingham’s arrival at York9 FC.

Similarly, it was a guessing game on the west coast as to whether Mark Village or Nolan Wirth would start. Out of the four clubs seen in action so far, only Halifax Wanderer’s Captain Jan-Michael Williams has felt like a sure thing when it comes to goalkeeper selection.

It’ll be interesting to watch how much manager’s experiment with their starting goalkeepers as the season progresses. Dips in form are due to come, and the level of competition is fierce. Both York9 FC and Halifax Wanderers face League1 Ontario and PLSQ competition in the Canadian Championship next month, which might be a good time to test out their second choice keepers – but, at the same time, does a CPL side want to risk bowing out so early in its first-ever Canadian Championship run? As York9 midfielder Joseph Di Chiara admits, they’ll be expected to win.

Picking a final roster is no easy task. For Ingham, he knows the competition is always ready to step in and replace him. With York9 FC being one of the few CPL teams to sign 3 goalkeepers, the pressure will always be on the Newmarket-born shotstopper to consistently perform. The beauty of the Canadian Premier League, though, is that regardless of who starts for York9 FC, it’ll be Canadians getting minutes on the pitch.