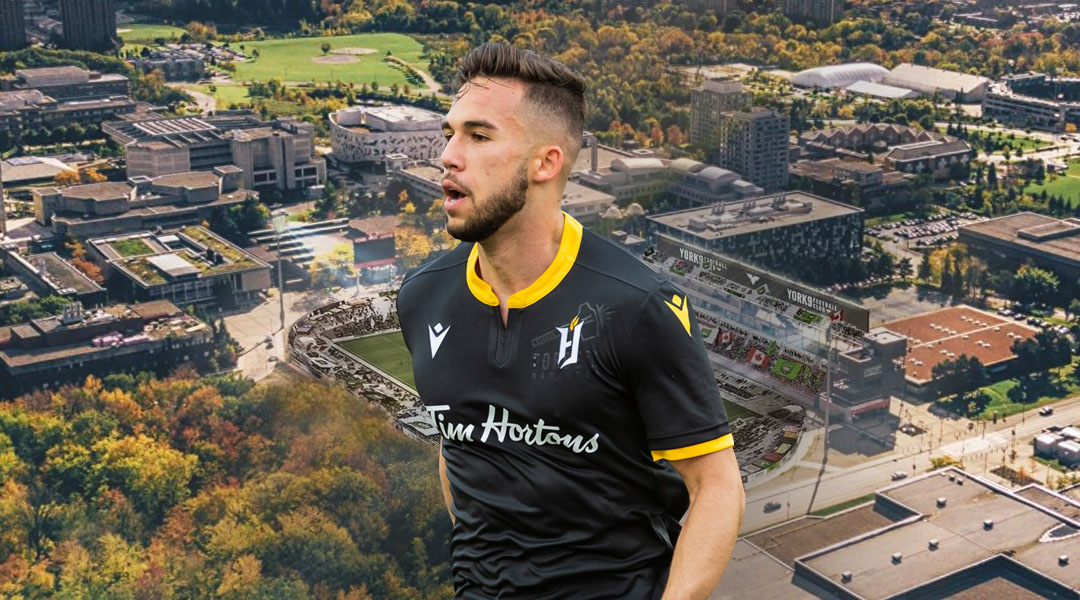 Update: York9 FC has now confirming the signing of Jace Kotsopoulos for the 2020 Canadian Premier League season, with the Burlington-born striker replacing Nicholas Hamilton on the club’s 2020 roster.

In the days leading up to The Island Games, Canadian Premier League history was quietly made: 22-year-old striker Jace Kotsopoulos has become the first player to cross 905 derby lines, joining York9 FC for the 2020 season.

We suspected that the former Forge FC draft pick was heading to the Nine Stripes, but the proof has now come from a recent photograph taken in Charlottetown showing the former Guelph Gryphons standout training with the side:

After being drafted in the 2018 CPL U-SPORTS Draft by Forge FC, the striker made five substitute appearances for the hammer last year, contributing two goals in just 190 minutes of game time. One of his goals secured the club’s place in the Concacaf League, which Forge FC will have another go at this fall.


With Forge FC having recently signed Molham Babouli and Atletico Ottawa likely to announce League1 Ontario standout Maksym Kowal, York9 FC was always the most likely destination for Kotsopoulos: The Nine Stripes are without international strikers Jaco, Ugarriza, and Hamilton, with Spanish striker Alvaro Rivero not having any direct strikers rostered alongside him prior to Jace joining with the side.

The arrival of Kotsopoulos confirms that Nicholas Hamilton will not take place in the club’s campaign this year. Oliver Platt suggests the club intends to loan him elsewhere in the meantime.

Given the short turnaround between games and the intensity of tournament football, we moved quickly to secure the services of Jace. He knows the league well having played a role with Forge FC in their Championship win last year, and I was surprised he was still available. It’s always good to get someone in who feels they have a point to prove to everyone. Jace has scored goals in the CPL before and we are confident he can do that for us this year when he is called upon to do so.

Last year saw Kotsopoulos depart Forge FC in order to finish his degree at Guelph University, where he had accumulated some 53 goals in 57 appearances prior to his final varsity campaign. The 2019 season proved that one of the league’s youngest goalscorers didn’t need too many minutes to make his mark, so he’ll likely be a good storyline to follow in the seven-game regular season due to kick off this week.


The 2020 Canadian Premier League schedule is expected to drop tomorrow, with York9 FC now once again fielding a full squad. The side has brought in several young domestic players after releasing a few internationals, with high-profile domestic arrivals like Ryan Telfer, Michael Petrasso, and Chris Mannella leaving head coach Jim Brennan with a selection headache in midfield.

This year will see several players play against their old clubs, so it’ll be interesting to see how the likes of Marco Bustos, Ben Fisk, Louis Beland-Goyette, Marcus Haber, Elliot Simmons, and Michael Petrasso (to name a few) perform against their previous sides. All-told, it’ll be an interesting season ahead for CPL fans.

While York9 FC goalkeeper Nathan Ingham had originally trialed with Forge FC before joining the Nine Stripes last season, Kotsopoulos will become the first player to have officially appeared for one side and then the other.

York9 FC has now confirmed Jace’s signing following this article. Financial details of the contract were not disclosed by the club.