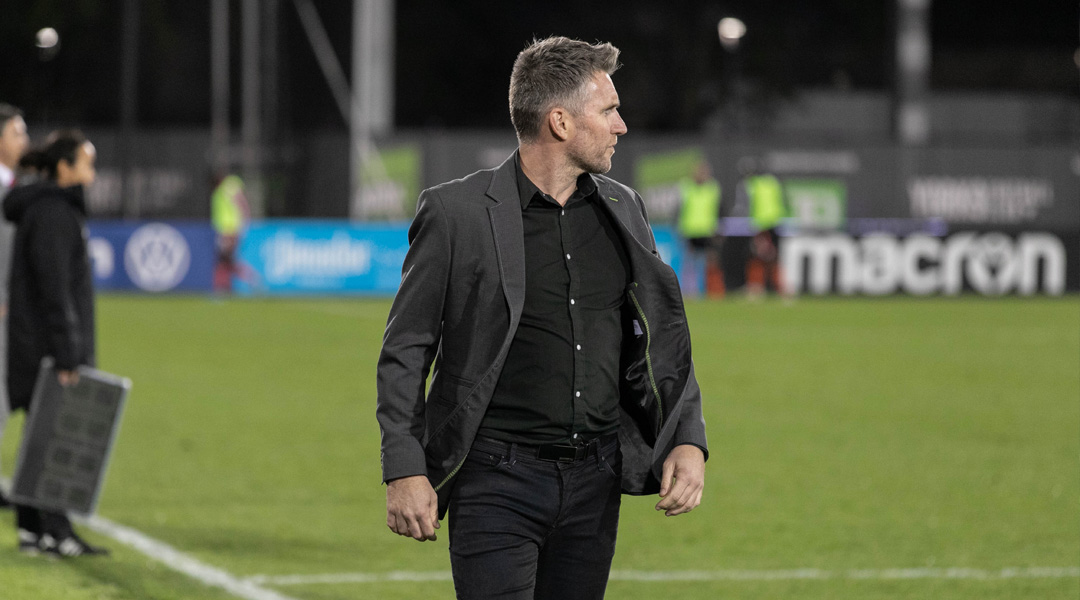 Jim Brennan was previously also listed as the Vice-President of York9 FC throughout the side’s inaugural campaign, but is now listed by the club as its present head coach and technical director.

Club President Angus McNab is evidently confident that the Nine Stripes gaffer can keep improving the side:

He is committed to developing young players and offering them opportunities to excel. The announcements of contract extensions for Morey Doner and Diyaeddine Abzi in the last week are great examples of this. Jimmy is a winner. He proved it in his playing career, and I have every confidence he can build a legacy and establish the club as the perennial championship contender that our fans and the Baldassarra family deserve.


This offseason, the 42-year-old got his UEFA Pro License as a staff roster shuffle saw Paul Stalteri replace Carmine Isacco as first assistant coach, with several other assistant coaches departing.

Goalkeeper coach Camilo Benzi is the only other coach to remain from the club’s inaugural campaign, with Nine Stripes goalkeeper Nathan Ingham revealing that Benzi’s renewal was a big part of his decision to stay.

Brennan had reiterated last season that he was happy with the core of his squad, though a fairly significant roster rebuild still went on to occur: the club has brought in ten new players for the 2020 season, including local faces like Michael Petrasso, Chris Manella, and Mathew Arnone.

Coming into a new league last year with a completely new squad was a fantastic challenge. I really enjoyed working with our boys and putting some positive results together as a unit. Our goal here is to win championships, and we’ve got ourselves a fantastic core that we’ve now added significant pieces to take us over the top. With a season under our belt, I’m excited with what’s ahead, and the opportunity to push ourselves as far as we can go.

Brennan’s side had been in the middle of a preseason campaign in Florida when the CSA suspended all sanctioned soccer activities due to the COVID-19 pandemic, but he’s remained busy since his return to Canada: aside of the aforementioned contract extensions of Doner and Abzi, he was also a factor in securing the services of Toronto FC Academy product Ijah Halley, too.


By virtue of the delay, Club President Angus McNab has had more time than expected to get to know Brennan and share their footballing thoughts and philosophies. Evidently, those conversations went well.

It has been great to get to know and work with Jimmy over the last four months. It has been one of the strangest starts possible to a working relationship, but it’s also given us more time to discuss how we drive things forward. It was an easy decision to extend his contract. I love that when he discusses what he’s looking to achieve, it’s all about winning titles; I believe he is the guy to lead our players and to achieve that.

With today’s announcement, York9 FC has become the first Canadian Premier league club to publicly extend the contract length for a head coach. On the other end of the spectrum, Pacific FC became the first club to fire a head coach when it let Michael Silberbauer go near the end of the 2019 season.

The Nine Stripes currently have 22 players on the roster, leaving Jim Brennan with one more roster spot to fill should he choose to do so. The former TFC man is banking more heavily on international signings this year, utilizing all seven available international roster as compared to the three used in 2019.

The financial compensation of Jim Brennan’s contract was not disclosed by York9 FC.