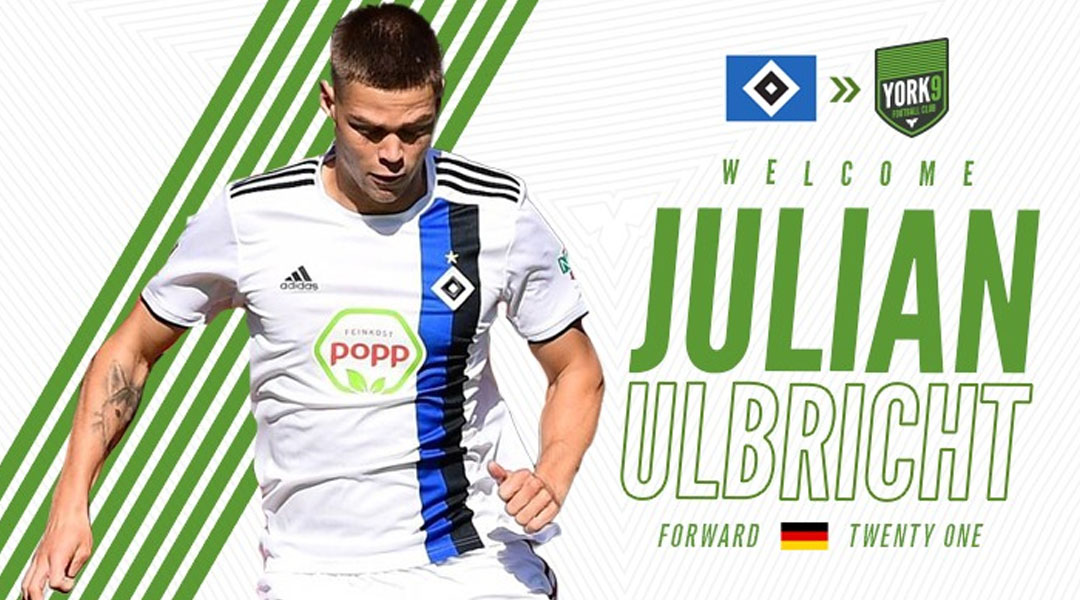 With the European transfer window set to close tonight, Canadian Premier League side York9 FC has made the last-gasp signing of German forward Julian Ulbricht official.

Should the German forward impress at the CPL level, the club can activate an option which could keep him with the side for an additional year, too.

The centre forward earned his first professional contract through the youth setup of FC Saint Pauli, but has ultimately failed to break through in his home country. In turn, his free transfer to York9 FC represents both his first international experience and a chance to give his young career a restart, though McNab suggests he had offers to play elsewhere, too.

Julian is a player I have been tracking for a while and he’s a guy that really impressed me off the field as much as on it. He’s had other offers in Europe, but he wants to come to Canada and play in the Canadian Premier League. He’s been through one of the top academy systems in the world at Hamburg so to sign a player from such an illustrious club and for him to then get the opportunity to continue playing in the same league for Lubeck before coming to us was a perfect arrangement. I think he’ll be an important player for us in 2021 and beyond.

It is unclear if the Nine Stripes plan to retain Spanish striker Alvaro Rivero, who arrived as a last minute signing ahead of The Island Games but finished the campaign with just one goal to his name. The club did not reveal the length of his contract, suggesting it may have been a short term acquisition after forwards Ugarizza, Jaco, and Hamilton were unable to take part in the season.

It’s been a busy day for international moves at York9 FC, with the club announcing earlier this morning that 25-year-old winger Michael Petrasso was being loaned to Barnet FC until June 2021. With Nicholas Hamilton also loaned out to Dundee FC for the same length of time, the arrival of Ulbricht means that the Nine Stripes have locked in an international forward for the full duration of the 2021 Canadian Premier League season.

With the contract status of Nine Stripes attackers Jace Kotsopoulos, Gabriel Vasconcelos, and Ryan Telfer presently unknown, there could be an attacking shuffle in the midst for the York Region side. After the side struggled to score from open play at The Island Games, McNab went on the record to say that if the club didn’t make changes and finished fifth again, that was on them – so today’s signing is likely the first of many roster changes made to address the issue.

The financial details of Ulbricht’s contact were not disclosed by the club.