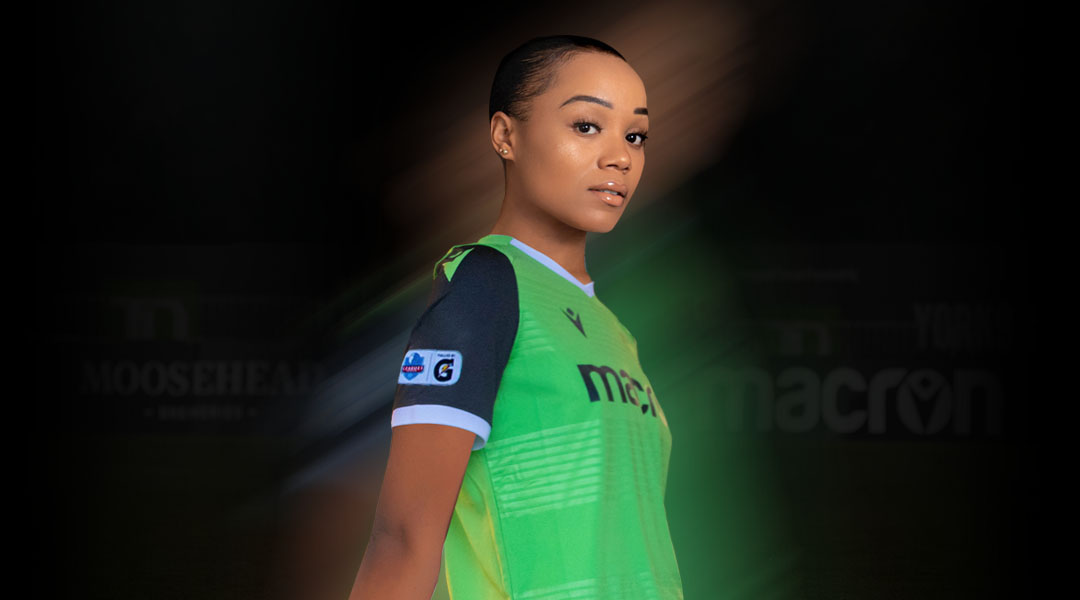 York9 FC Club President Angus McNab is a man who brings a lot of vision and analysis to the Canadian Premier League side: in his first six months with the club, he’s brought in a higher quality of international players, proposed a potential club-wide rebrand, and just announced that he’d like to bring back safe standing to York Lions Stadium. Now, the analytics-minded McNab has revealed a brand new pursuit: launching a League1 Ontario Women’s team.

The significant move would make York9 FC the first Canadian Premier League side to have an affiliate senior women’s team, with McNab suggesting that the professional facilities of the York Region club could help subsidize the growth and development of a semi-professional affiliate team.

It’s certainly something that I’m looking at. I think if we’re going to say we want to be the heart of the community and not just an aspirational pro soccer club for men, we’ve got to live that. League1 Ontario is a great competition on the women’s side. There are a lot of people who play in it with a very sort of high level of participation in terms of they pay their own fees to play in it. I think if we were going to do something, we’d be leveraging the infrastructure of the professional club. I’m not saying it’s a fully professional setup, but we would certainly look to subsidize it, and offer opportunity for so many different women and girls to continue their football education and then continue to play and look at the game.

The plans to field a League1 Ontario Women’s team are still in the very early stages, with McNab having not expected to field the question during our chat at all – though he graciously answered it anyway. To that end, while he says he routinely has some informal chats with Carmelina Moscato, there hasn’t been an official communication between York9 FC and League1 Ontario regarding the founding of a new women’s team.


As 1812 FC revealed last month, League1 Ontario isn’t currently taking applications for 2021 just yet, though there’s no telling when a potential York9 FC women’s team may actually be ready to launch. There’s a fair amount of ground work to cover before that, but McNab says he’s keen to champion the idea despite the current circumstances of an ongoing pandemic.

I think with the pandemic there are always realities. There is always business, but we really hope we can continue to push forward with the plans and ambitions that we have. The women’s side also has fantastic commercial opportunities for brands wanting to be involved in the women’s game as well. So, I think there are a lot of positive things that a commitment to League1 Ontario can also bring.

The move would cement York9 FC in history as the first Canadian Premier League club to have an affiliate League1 Ontario side, and it’s an idea that makes a lot of sense: York9 FC already has the infrastructure in place to give the women’s side a high quality location to train and play, and the opportunity for double-headers could itself prove to be another matchday attraction. In March, the club also celebrated the arrival of a female supporters’ group called the Dames of York, too.

With OneSoccer having planned to stream League1 Ontario content for 2020 and beyond, the setup at York Lions Stadium may prove an ideal location for the media producer. The service previously announced plans to stream both the men’s and women’s finals back in 2019, but lighting issues precluded the men’s final from being streamed. This wouldn’t be an issue if the women’s team played from a facility like York Lions Stadium.


The Canadian Premier League has made it clear that it would like to launch a professional coast-to-coast women’s league in the future, and McNab says that the proposed York9 FC women’s team could eventually jump from League1 Ontario to that professional league should the project prove sustainable.

We’ve been wanting to do so on a sort of a merit, performance basis and be a stepping stone and potentially a bridge to a full professional women’s game in Canada in time. I’m quite passionate about pushing this and launching this. In some ways it fits into the next thing to discuss about the long term future of the club and the brand, and everything. I think a commitment to the equality and pushing the agenda of the women’s game, we can do that.

McNab has only been with York9 FC for just over half a year now, but his ambitious presence has seen a lot of fans speculating that York9 FC will be a force to be reckoned with come the 2020 season and beyond – and now, that no longer only refers to the men’s game.

While everything is still at the conceptual stage for the moment, it’ll be interesting to see how things develop for the proposed League1 Ontario Women’s team. If York9 FC can make it work, there’s the potential that Forge FC and Atletico Ottawa might someday field their own respective sides, too, and that’ll be a big step for the development of the women’s game in the province.


Last May, Canadian national team legend Christine Sinclair said that Canada needed to have a professional division for women if the country wanted to sustain or improve upon its current level of talent, echoing the sentiment of then-Canada head coach Kenneth Heiner-Moller. Canadian Premier League side Valour FC has run an elite women’s university preparation program since 2019.

York9 FC is currently in the second phase of training as the club awaits news of how the 2020 Canadian Premier League season will take shape. With twenty-two players on the roster (not all of whom are presently in the country), McNab says that his coaching staff has done a great job getting the players prepared for the as-yet-unconfirmed CPL season, with the 2020 Canadian Championship due to follow afterwards.

Please note that the header image is made by Northern Tribune, and is not representative of official imagery from York9 FC.