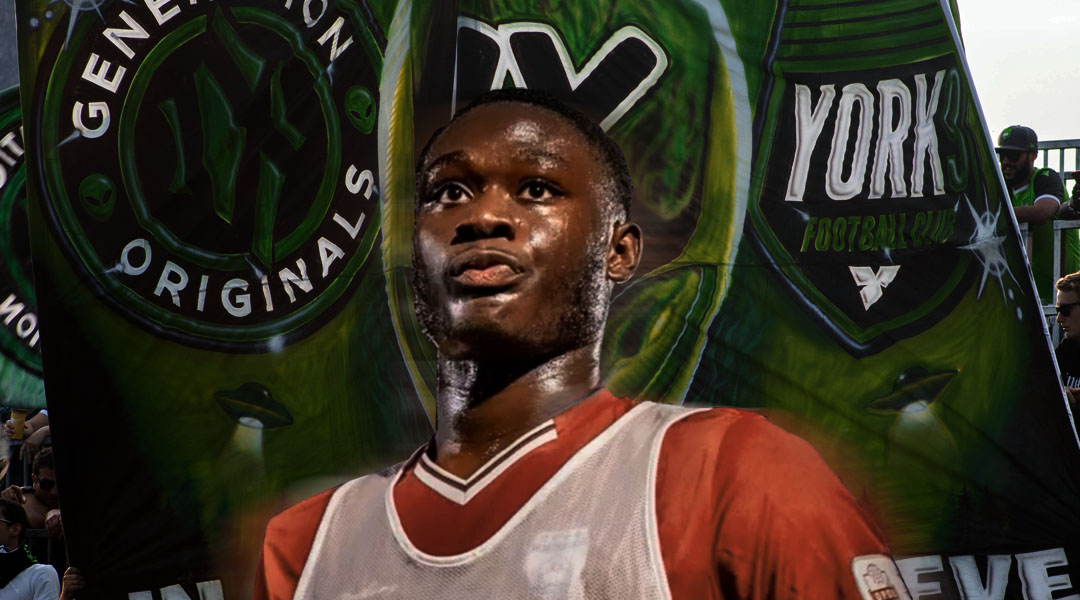 For the second day in a row, Canadian Premier League side York9 FC has brought in one player while releasing another: the club has confirmed the signing of sixteen-year-old Brampton-born youngster Lowell Wright, while also confirming the release of Argentinian midfielder Brian Lopez.

Wright becomes the youngest signing in club history, arriving to the club on a multi-year deal just under a month ahead of his seventeenth birthday. With York9 FC Club President Angus McNab having to make some last-minute roster changes due to work permit difficulties for the likes of Adrian Ugarriza, Jaco, and now Brian Lopez, the only new player signing still outside of the country is Nicholas Hamilton.


For former OPDL-level athlete Lowell Wright, the closure of Canada’s borders to the aforementioned players has given birth to a unique opportunity: a chance for game-time at a level which, it’s fair to say, wasn’t likely to come if it wasn’t for the upcoming season’s unusual circumstances.

We really believe in Lowell and are investing in him. This is the longest contract the club has ever offered a player and with the club options could run until the end of 2024.

Wright spent a few years developing with the TFC Academy, participating in international competitions like the USSDA Showcase prior to leaving the MLS side’s academy system in 2018. It was then that he joined Sigma FC before spending the last season with Woodbridge SC. Last September, Wright’s team would come one cup final away from hoisting the U-17 Boys OPDL Cup – though he still finished with 42 goals across all competitions.

Wright isn’t the only player who spent time with the TFC Academy to join the club in the last few months, with youngsters Julian Altobelli and Ijah Halley having joined the CPL side in May. The club also secured a teenage replacement for outbound goalkeeper Colm Vance earlier this month.

The string of young domestic signings has seen the York9 FC average age drop down from 25 years old last season to just 23 at the present. To put that into context, left-back Diyaeddine Abzi was the club’s youngest player in 2019, but as of right now there are five members of the Nine Stripes with professional contracts younger than him.


In youth competition, Wright was able to prove himself as defensive midfielder, attacking midfielder, and a striker. Given that his new club only has one out-and-out striker in the country right now, it seems likely that Lowell may be used as depth option in a forward role. He’s a very different type of player than the outbound Brian Lopez, who was a central midfielder who’d previously signed a multi-year deal.

The situation we have faced with the pandemic has challenged our international recruitment plans but has brought opportunity. Lowell has trained with the squad and been on Jimmy and Stally’s radar for a while.

Unsurprisingly, the 16-year-old described his transition to professional football as a dream come true:

Playing professional football has been a lifelong dream of mine and I’m happy to have achieved that at such an early age here at home. I’m excited to get to work with the coaching staff and the rest of the team. This is a great opportunity and I plan on repaying the club’s faith in me with hard work and a strong commitment to the club’s plans.

Yesterday, the club announced the high-pedigree signing of former Real Madrid Academy product Alvaro Rivero, who has already arrived in Canada and is self-isolating ahead of a return-to-play announcement which is expected to come from league commissioner David Clanachan this Wednesday. The 2020 CPL season will take place in Prince Edward Island and will wrap up around mid-September, which is when the first round of the Canadian Championship will take place.

Whether Lowell gets any significant minutes is anyone’s guess, but one thing seems certain: York9 FC are trusting players at younger ages than they ever have been before, and with several of them on multi-year deals it’ll be interesting to see how they develop in the league over the long term.

York9 FC did not disclose the financial details regarding Wright’s multi-year deal with the club, which could potentially see him stay with the side through to the end of 2024.