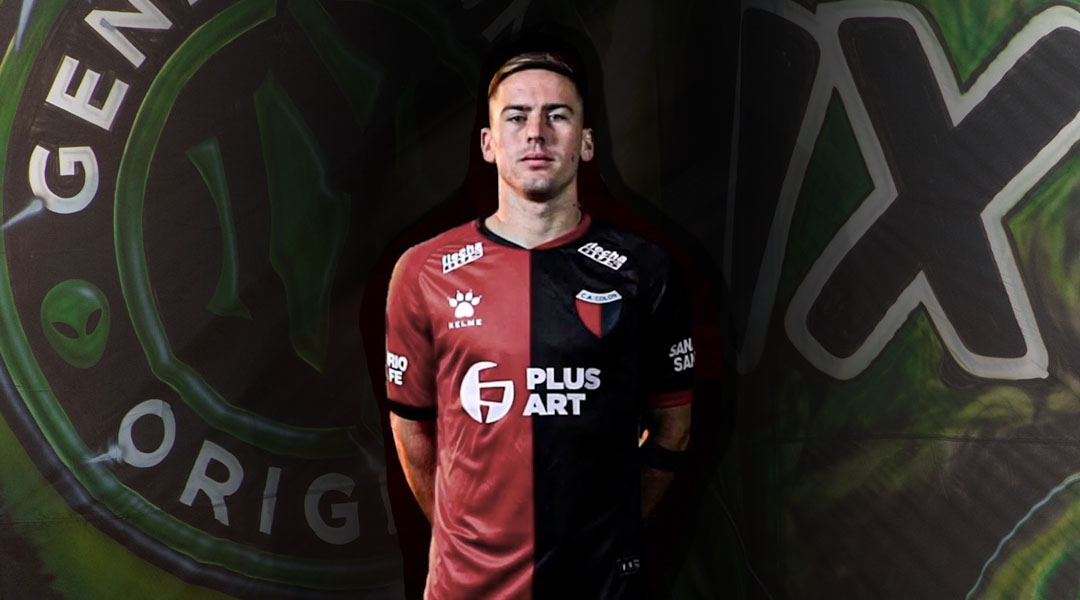 Canadian Premier League side York9 FC has once again entered the international market in its capture of 22-year-old Argentinian midfielder Mateo Hernandez, who can play on both sides of the wing.

The move comes with options for 2022 and 2023, should the international arrival impress at the York Region club.

The five-foot ten midfielder was born in Santa Fe, where he started his career with local side Club Atletico Colon in the top flight of Argentinian football. He made his professional debut for the side last season, making seven appearances in his first pro campaign: five in the league, one in the Copa Argentina, and one in the Copa Sudamericana.

He technically becomes the second member of the Nine Stripes to have participated in the Copa Sudamericana behind Adrian Ugarriza, who mutually terminated his contract after he was unable to enter the country in time for The Island Games.

Here’s a look at what the club’s newest signing has done for Colon so far:

The move means that York9 FC currently has seven internationals on its roster for the 2021 season if none of the current roster depart.

It is expected that Julian Ulbricht will join the side in the new year, with Real Madrid Academy product Alvaro Rivero having just recently inked a multi-year deal. Jamaican forward Nicholas Hamilton is currently out on loan with Dundee FC, and there’s a possibility that the move could be made permanent if he impresses for the Scottish Championship side.

The rest of the internationals – Fugo Segawa, Wataru Murofushi, and Gabriel Vasconcelos – remain unconfirmed for the upcoming season.

Given that right winger Michael Petrasso has signed a multi-year deal and Hernandez primarily plays on that side, the future of Gabriel’s role in the side looks a tad tumultuous – especially after the Corinthians product accrued only 87 minutes of game time throughout The Island Games, spending five of the club’s seven matches on the bench.

That being said, Mateo can play on the left as well, which was a side frequented by former Toronto FC man Ryan Telfer, who’s contract status with the club is presently unknown.

Since early June, I’ve been in discussions with Mateo’s representative about bringing him to our club. He is a player who can play on both wings and also as a creative attacking midfielder. One of the most impressive things is his ability to see a line-breaking pass and release others and that’s something we certainly needed to add to the group. He’s played in front of ferocious crowds in Argentina and I really think he will become a fan favourite in 2021.

York9 FC has been the busiest Canadian Premier League side in terms of transfer business this offseason, with the side also confirming that youngster Max Ferrari had come to terms with a multi-year deal. McNab recently revealed the club is hoping to making more offseason loan moves to keep its players match fit, too.

If the COVID-19 pandemic subsides to the point where the Nine Stripes came play from their own stadium, Hernandez will be met with a new turf field larger than the side’s inaugural season grass pitch. There’s also the possibility that his new club may have a new name, too.

York9 FC did not disclose the financial terms of Mateo’s contract.