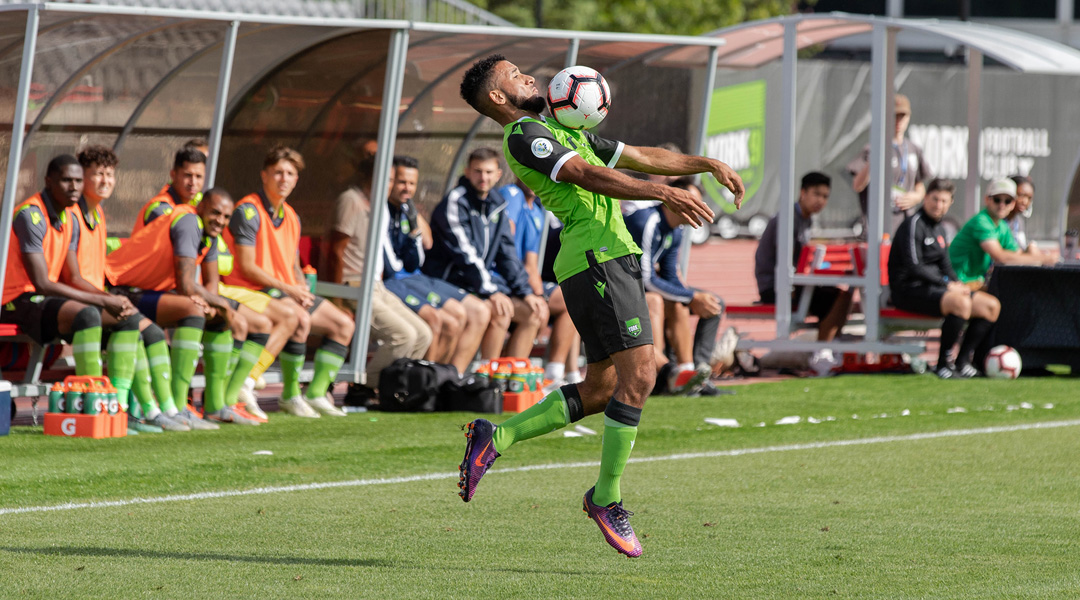 Morey Doner has put pen to paper to sign on for another year with York9 FC.

The 25-year-old fullback had just completed his first year of professional football with the York Region club, and it’s been a fruitful campaign for the Collingwood-born player: after making his debut against Forge FC in May, he featured in every possible minute of action to finish the season with 29 appearances across all competitions.


Deployed on the right flank, Doner has been an engine in a Jim Brennan side which relies on fullbacks to provide a quick, fast-moving option on the wing during attacks, with his defensive workrate also impressing fans and pundits alike: this week, he won the fan vote for the best right-back in the league.

Very happy to be back for another year at the club that has believed in me since the beginning.

Doner is one of many League1 Ontario players who have handily stepped up into Canadian Premier League action this year. Having started his career as midfielder, Doner’s migration to the role of a fullback has paid off in dividends for a York9 FC side that has built its identity around fast ball movement.


The 25-year-old’s sole goal of the season came in the form of an absolute rocket against Valour FC, which prompted OneSoccer commentator Gareth Wheeler to dub the fullback ‘The Collingwood Cannon’. The game-tying goal was nominated as one of June’s goals of the month.

York9 FC gaffer Jim Brennan had previously stated he was happy with the core of his squad, which gave the implication that Doner would be one of the first to get a contract offer for the next season. This won’t be the case for every player, with the gaffer stating that many players on the roster finished the season fighting for their jobs.


Doner is one of the first York9 FC players to confirm their contract for the next season. An earlier post by club captain Manny Aparicio implied that he’d be back next season, though this was always the expectation. The club will also undergo talks to see if it can retain the services of Toronto FC loanee Ryan Telfer, who has been a star player for the York Region side.

In short, it’ll be interesting to see what changes Jim Brennan makes after promising that this season’s mistakes would be rectified next year.

With the Canadian Premier League keeping quiet on contract lengths within the league, there’s no telling how much turnover the league may see before the 2020 season kicks off. With many players likely on one-year contracts with options for 2020, it could be a hectic offseason – though York9 FC fans can now rest assured that Collingwood’s first professional soccer player isn’t going anywhere.