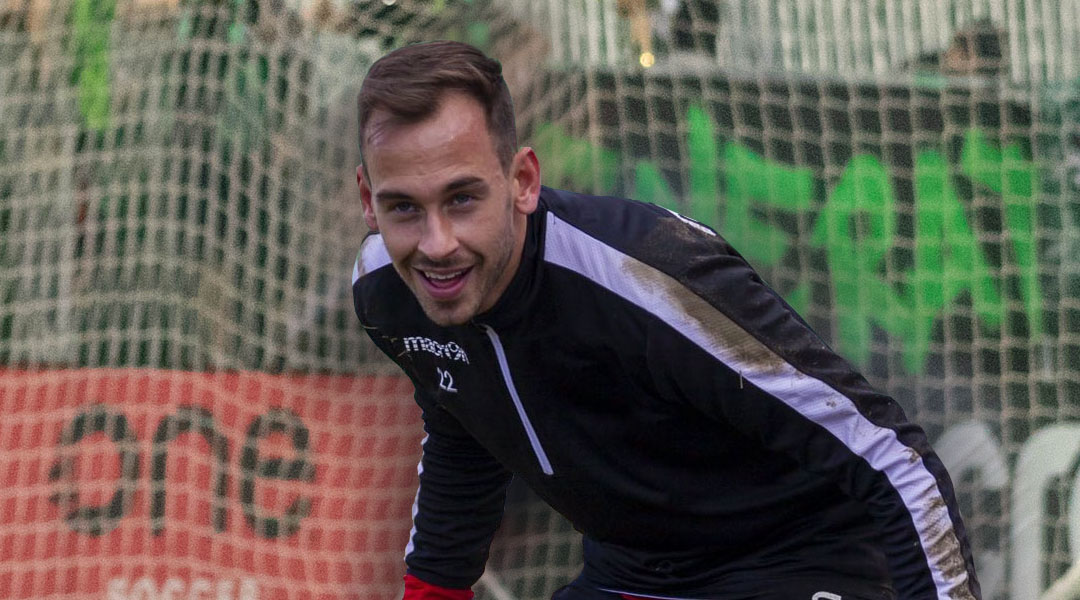 Canadian Premier League side York9 FC has announced the signing of 26-year-old goalkeeper Niko Giantsopoulos on a two year deal that includes an option for 2023.

When we spoke with the six-foot-one goalkeeper over the weekend, he revealed that he was seeking a fresh start after spending the last two seasons behind Marco Carducci at Cavalry FC. Despite the tough competition, Giantsopoulos still made ten appearances for the Alberta-based side, four of which saw him leave with clean sheets.

While fan reaction to his free agent status showed that the recent Cavalry departure would be a welcome addition for CPL sides coast-to-coast, it was York9 FC who capitalized on a chance for the Markham-born goalkeeper to return home and offer the number one kit:

Niko has worked with Camilo since the age of 11 or 12 so we know exactly what we are going to get from him. He’s shone at Cavalry when he’s had the opportunity and we’ve handed him both the number 1 and a multi-year contract as a display of our belief in him. Niko is ready to claim a starting job in this league and with Nate also at the club, I believe it means we have the strongest goalkeeper group in the Canadian Premier League.

With the contract now signed, Giantsopoulos will officially be providing competition for 2019 Golden Glove nominee Nathan Ingham in next year’s campaign – and McNab’s words indicate that the starting spot appears to be his to lose.

Back in February, Ingham revealed he had high aspirations for the 2020 CPL season, and he’ll be hungry to improve on the performances we saw in The Island Games. The former golden glove nominee had some shaky moments this year, and those caused the side to drop points on more than one occasion.

When he re-signed for the present year, Ingham had also stated that the retention of Y9 Goalkeeper Coach Camilo Benzi was a big draw in his re-signing, and with Giantsopoulos having also trained with the coach as a youngster it appears that Benzi’s spot on the technical staff roster has proven to be a great hire.

Giantsopoulos will be in for a fight if he’s remain the top pick between the sticks for the York Region side: the club has seen three goalkeepers all depart with just one appearance to their names after Nathan Ingham originally fought into his spot as the de facto first choice. Matthew Silva departed for Valour FC after the inaugural season, while Colm Vance left the professional game entirely this year with teenage replacement Ezequiel Carrasco being released after The Island Games.

Giantsopoulos has spent the last five weeks in Michigan with his alma matter, training with his old coach and a few other goalkeepers in a full-time program in order to keep sharp for the 2021 Canadian Premier League season. As he told us this weekend, he doesn’t plan on taking any real time off ahead of the upcoming season.

Prior to his return to Canada in 2019, Giantsopoulos spent three years playing outside of the first division in Australia, where he carved out the number one spot for himself at each of the clubs. With the 26-year-old now following two years of contesting Marco Carducci for a spot with at least two seasons of contesting for a starting role with the Nine Stripes, it’ll be interesting to see how the Markham local does in the upcoming CPL seasons.

York9 FC is currently in the midst of a sizable roster rebuild, with last week seeing the arrival of Chrisnovic N’sa and his younger brother, Felix. The club has seen a few outbound additions of late as well, with midfielders Manny Aparicio and Joseph Di Chiara moving elsewhere in the CPL.

York9 FC did not reveal the financial compensation of its multi-year contract with Niko.