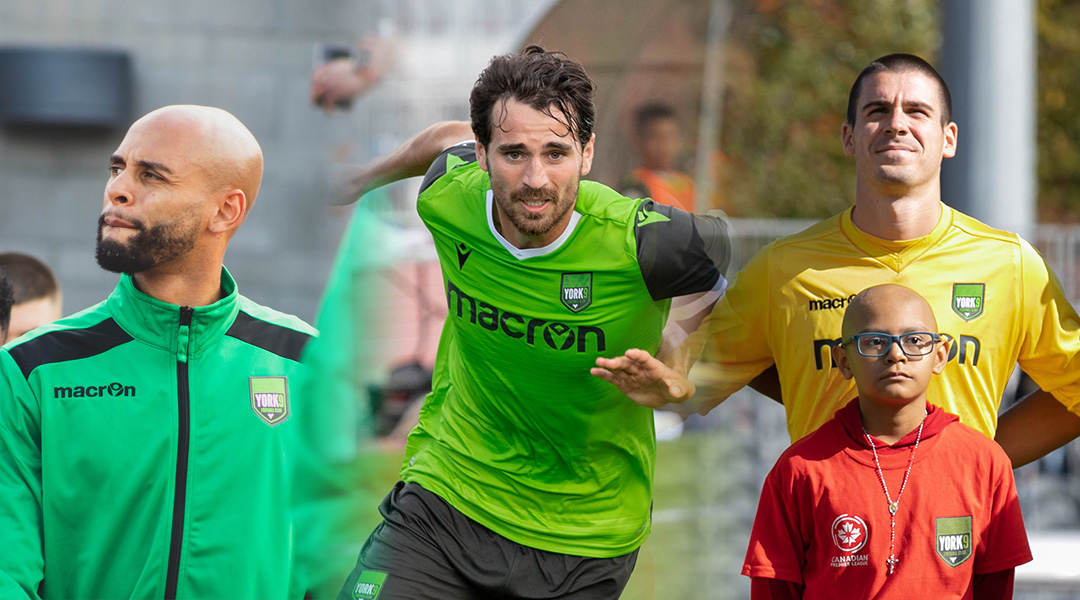 York9 FC has now confirmed three more returning players ahead of the 2020 Canadian Premier League season, two of whom solidify the core group of regular starters that club gaffer Jim Brennan previously stated he was pleased with.

Today, the York Region CPL side has confirmed that midfielders Joseph Di Chiara and Kyle Porter have re-signed for 2020, along with second-choice goalkeeper Colm Vance.


Well-traveled midfielder Joseph Di Chiara proved to be a fiery player for the Nine Stripes, making 27 appearances across all competitions and scoring two goals along the way. Di Chiara brought a big physical presence in his first CPL season, collecting six yellow cards in league action and coming inches away from securing a last-gasp win over the Montreal Impact.

Now able to play professionaly back home, the 27-year-old midfielder recently indicated to OneSoccer that he was happy to ply his trade with the Nine Stripes for the duration of his career.

Former DC United man Kyle Porter will also be returning after 31 appearances in an inaugural campaign that saw him score twice and collect six assists. The 29-year-old midfielder proved to a veteran presence for the Nine Stripes, and with the club poised to bring in more youngsters through the CPL-U SPORTS Draft he’ll likely be called upon again as a leadership figure from the starting lineup.


With York9 FC re-signing goalkeeper Nathan Ingham and parting ways with Matthew Silva, it was expected that former York Lions goalkeeper Colm Vance would be staying with the York Region side. Vance made his debut on the last game of the season, conceding twice against a Halifax Wanderers side that fought to their only league away win of the season.

The trio mean that York9 FC has now re-signed ten players from its inaugural roster, with the club confirming the return of Gasparotto, Adjei, Murofushi, Doner, Abzi, and team captain Aparicio last week.

Jim Brennan has promised fans that mistakes made from the inaugural season in 2019 would be rectified for 2020, but the gaffer was ultimately happy with how his core group of players adapted to his playing philosophies – though it still remains to be seen if the likes of Rodrigo Gattas or former Toronto FC man Ryan Telfer will be back next year.

Financial details regarding the contracts were not disclosed by York9 FC.