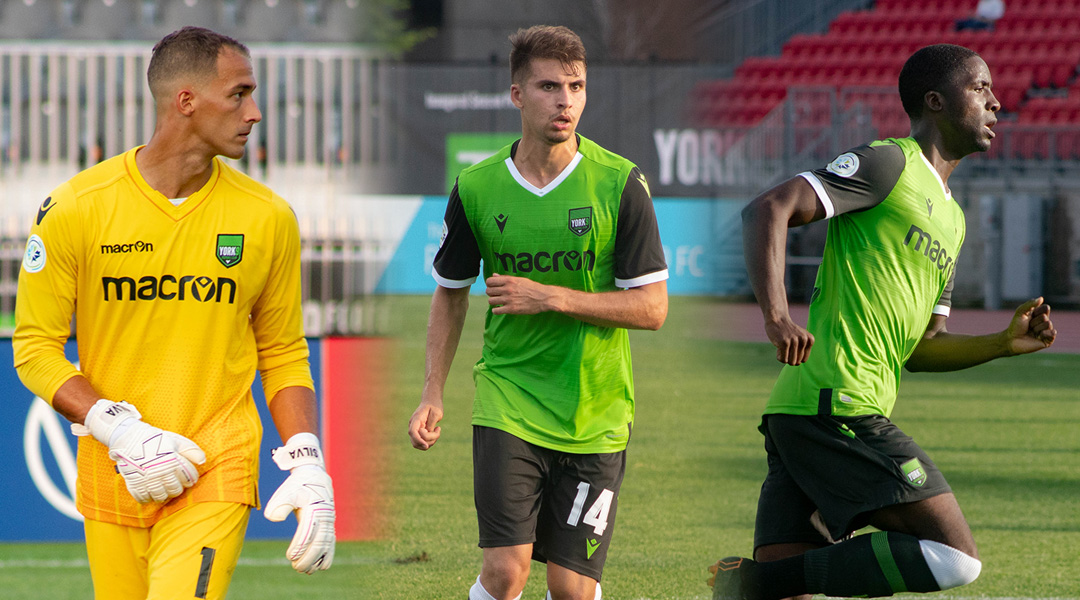 When fans looked at the York9 FC lineup ahead of the club’s tilt against Pacific FC, they knew that Jim Brennan had heavily rotated the squad: Matt Silva made full debut for the club, while Emmanuel Zambazis and Michael Cox got their first-ever starts. Daniel Gogarty, who had lost his starting spot when Roger Thompson returned to fitness, slotted back in to the starting lineup. Third-choice goalkeeper Colm Vance made the bench, with Brennan opting to rest Ingham entirely.

This kind of rotation is something that assistant coach Carmine Isacco had told fans to expect throughout the season, and the players repaid Brennan’s faith in them by seeing the home side to a 2-1 win against Pacific FC.

York9 FC now has six points after three games played, a figure which sees them already equal their number of wins from the spring campaign. To that end, Brennan praised the club’s depth for taking care of business in the midweek match:

I think you saw some of our depth tonight. I thought Zambazis played a great game, I thought Michael worked the back four tonight very well. [Gogarty] came in and did another great job defensively, and Silva, I thought he was great in goal tonight. A couple little mistakes, but that’s fine, it was his first game this season. We rotated the roster. Guys that haven’t played much at all came in and showed they were capable of playing, and they did the job tonight. Very proud of them.

Mississauga-born goalkeeper Matt Silva returned from playing overseas to ply his trade with York9 FC this season, and was largely expected to be the starting keeper until Nathan Ingham arrived near the end of preseason and earned the starting spot. Silva said he’d continue to train hard and step up when called upon, so the 28-year-old will undoubtedly be happy to see his side take three points while he was between the sticks.

Both Zambazis and Cox are Former York Lions players, which is a connection that the Nine Stripes has made good use of: with Isacco having led the team to provincial medals in ten out of the last eleven years, he used his relationships with current and former Lions players to do things like convince Ryan Telfer to join the Nine Stripes on loan instead of the Ottawa Fury.


The rotated players will want to keep doing all they can to impress the gaffer, and that goes beyond the fact that July brings a congested schedule that will result in tired legs for the regulars: come the 2020 season, York9 FC will need a new batch of domestic U-21 players to meet Canadian Premier League roster requirements. Players who don’t often get minutes will need to make a case for why they shouldn’t be cut when Brennan makes room for this new batch of youngsters, and last night was a great opportunity for many to do so.

When asked if fans could expect to see any rotation against spring-season winners Cavalry FC this weekend, Brennan was open to the possibility – especially with the club due to play the Montreal Impact next Wednesday to potentially earn itself a spot in the Canadian Championship semi-finals:

We’ll have to look at it going in to the next couple of days. We’ll see how the boys are feeling, see how their legs are, see what injuries we have picked up after this game, and then we’ll re-evaluate.

Whatever results from July’s congested fixture schedule, one thing is clear: Brennan’s squad has a good amount of depth to it, with 21 of the club’s 23 players now having had opportunities on the pitch. Only third-choice goalkeeper Colm Vance (who was an unused substitute last night) and Jose Pina (who’s work permit issues may see Brennan nix the transfer entirely) have yet to appear for the club.