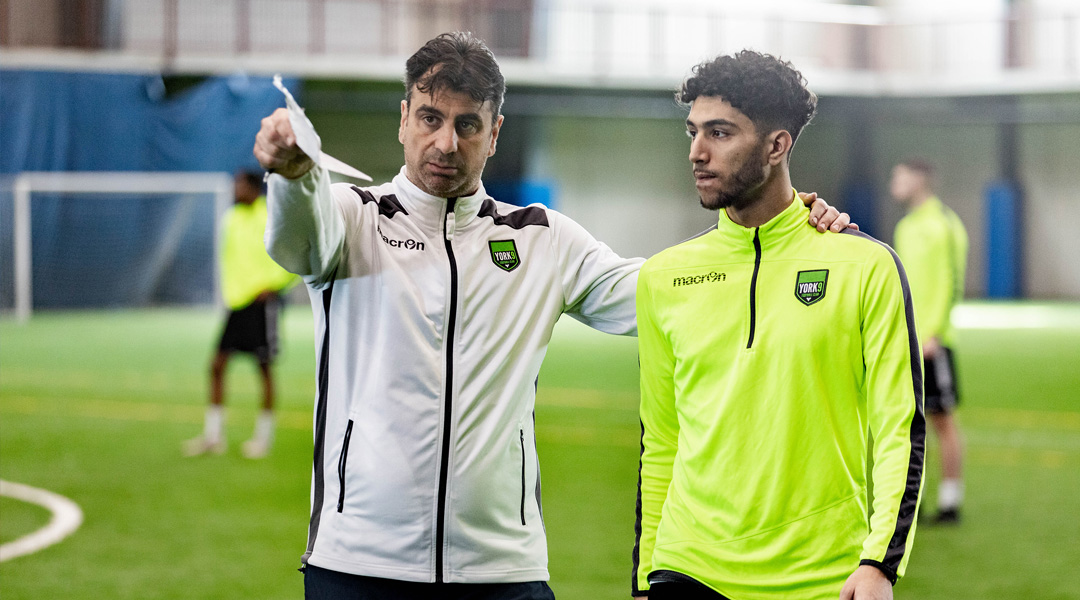 When York9 FC revealed that it had no less than five Vice Captains, the quips about squad rotation poured in – but with a 23-player roster limit, it’s fair to say that most clubs will be forced to rotate their squads fairly significantly as injuries and fatigue whittle down the number of available players. For York9 FC assistant coach Carmine Isacco, this process has already begun.

York9 FC traveled to Calgary and put out a side with no less than 4 changes from its first-ever starting lineup. Team captain Manny Aparicio was suspended, with 3 other players either injured or rested. While the York region squad left Calgary without collecting any points, debutant Emilio Estevez impressed with quick footwork and, as the saying goes, made a case for himself as a regular starter.

As it turns out, however, Isacco and York9 head coach Jim Brennan aren’t looking at a defined starting squad right now, as they intend to heavily rotate the squad – by necessity or not – as the season continues.

We made at least 4 changes in the first week to second week, so right now we don’t look at anyone as a reserve or as a starter, or as anything, because we know what is entailed and we have to have people ready to be called upon right away. It has to be with proper preparation.

Anyone needs to be ready at any time right now. We can’t look at it as a reserve squad or a first team squad, or a second team squad. We just have to move forward and prepare everyone to play.

With Canadian Premier League teams only permitted to sign a maximum of 23 players, the depth of each club will be tested throughout the season. In York9’s case, this test has simply come early. Aparicio is now back in the lineup, but the squad faces a hectic schedule when its current bye week comes to a close: the team travels to Montreal to play a midweek fixture against AS Blainville in the Canadian Championship, and then travels west all the way to Vancouver Isle to face Pacific FC three days later.

Isacco states that this level of travel can be tiring, and that’s why he’s stressing that everyone in the club’s 23-man roster must be ready to play. Fans should expect to see significant rotation between the midweek Canadian Championship game and the CPL match against Pacific FC. With York9 second-last in CPL standings, the club will be desperate to secure its first league win, while a two-leg fixture against AS Blainville leaves more room for error.

The club will then run right into another two-game week, with the second leg against AS Blainville the following Wednesday and a Saturday match against Forge FC both taking place at York Lions Stadium.

Whether the players who haven’t yet played for York9 FC have the quality to help carry the club through its injury-depleted moments remains to be seen, but Isacco knows many of the players well enough already. He’s coached the likes of Michael Cox, Daniel Gogarty, Colm Vance, Emmanuel Zambazis, and Ryan Telfer at the York University Lions, where he became an OUA champion no less than 5 times, collecting provincial medals in 10 out of 11 seasons. He’s also the reason Ryan Telfer came over on a season-long loan from Toronto FC.

If anyone can help pick a winning squad from a rotated York9 FC roster, it’s probably him.