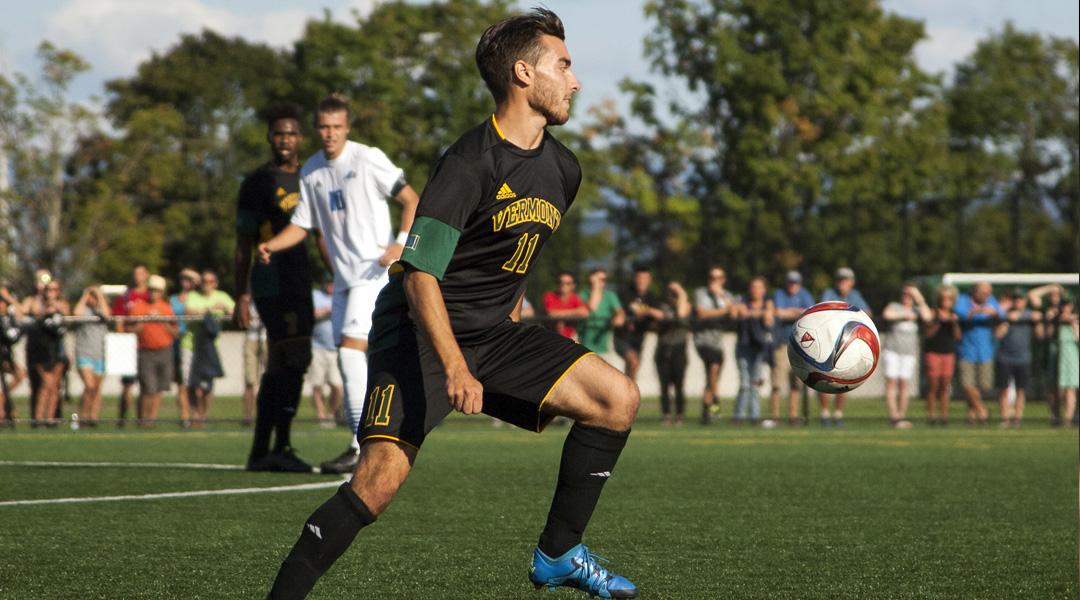 As we previously indicated, York9 FC has signed 23-year-old Canadian forward Stefan Lamanna. Contract length and financial details were not revealed by the club.

After two seasons with the Houston Baptist University, Lamanna joined the University of Vermont in 2015, where he would go on to contribute ten goals and six assists over 42 appearances. During that time, he also played for League1 Ontario side Durham United.

More recently, Lamanna plied his trade overseas with UMF Tindastoll in the Icelandic second division. The club finished in eighth place out of twelve last season.

Brennan had previously been intent to bring in 23-year-old Venezuelan attacking midfielder Jose Pina, but informed us a month ago that ongoing visa issues were interfering with the player’s transfer. With one last roster spot suddenly becoming available, Brennan was keen to fill it during the fall transfer window.

Lamanna is a local guy that has played in Europe. We have watched him for a while and are happy to have signed him. He had great pace and technical ability and provides another attacking option.

The Ontario-born forward has made the bench for the York9 FC squad for today’s game against the Halifax Wanderers, so fans may get a chance to see the 23-year-old in action sooner rather than later. After all, Carmine Isacco said that fans can expect to see heavy rotation throughout the season – and after a congested month of matches, Brennan has already begun doing exactly that.

Due to York9 FC’s next upcoming game against Forge FC being postponed due to the Hamilton-based club’s participation in the CONCACAF League, the Nine Stripes will have a two week bye before it resumes action after today. That should give Lamanna a good amount of time to acclimate into the squad.