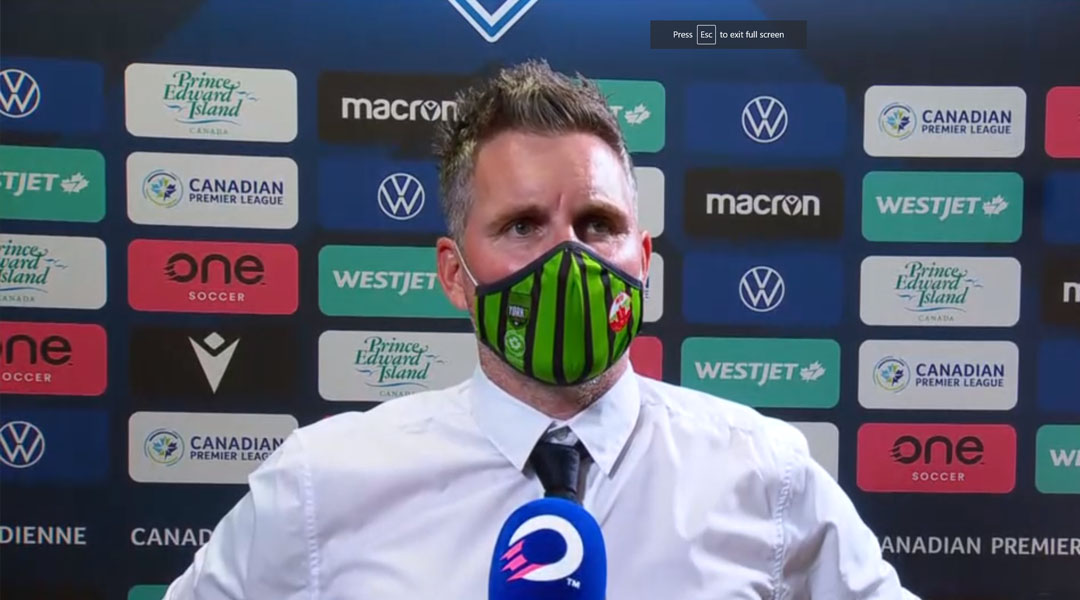 The Nine Stripes kicked off its Island Games campaign with a four goal thriller against Atletico Ottawa, with Jim Brennan’s side finding themselves two goals down at the start of the second half before clawing back to equalize with two goals in just as many minutes.

When Atletico Ottawa went a man down, the York9 FC gaffer made a bold move: he brought on 19-year-old Max Ferrari and 16-year-old Lowell Wright, putting a lot of faith in the two teenagers.

It wouldn’t take long for the duo to repay the faith shown in them by Brennan, with Ferrari confidently driving down into the attacking third and delivering a great ball for Lowell Wright, who did well to fire a shot deep into the left-hand corner of the net and start a hard-fought comeback.


Ferrari and Wright would later be joined by former TFC Adademy product Ijah Halley, who’s pace and confidence saw the side come close to securing a winner after Joseph Di Chiara had brought the side level from the penalty spot.

Speaking with OneSoccer analyst Oliver Platt after the match, it’s no surprise that Jim Brennan voiced his confidence in the club’s teenage contingent:

It goes to show you how much we think of them, putting them in games like this. The first game of the Island Games, and we’re throwing young boys onto the pitch because we believe in them. We know they’re great talents, they’ve got great work ethic. They see the game, they read it well, and they fit in to the way that we want to play, so there’s no issue for us putting these young boys on, and it’s great to have them on our side.

The trio accumulated 78 minutes of game time between them, bringing the Nine Stripes roughly a third of the way to the side’s required domestic U-21 minutes over the course of the regular season.

The side also has a decent selection of other teenage prospects yet to debut for the side, including Isaiah Johnston, Julian Altobelli, and second choice goalkeeper Ezequiel Carrasco.

York9 FC had entered today’s game as firm favourites. While the club did well to claw its way back from two goals down, the Nine Stripes will see today’s result as two points dropped. That being said, Brennan said there were a lot of positives seen from his side:

I’m happy with the boys, how they fought back, got two goals, unfortunate not to nick one in the end there and walk away with three points. I think the fitness levels are good, you could see that after ninety minutes or so we kept on going, we kept on pushing forward. I’m happy with that.

York9 FC were forced to play without the likes of Michael Petrasso, Chris Mannella, and team captain Manny Aparicio due to injuries, which could mean more opportunities for teenage talent to impress this year. With Lowell Wright now officially the Canadian Premier League’s youngest goalscorer, it’s fair to say they’re off to a good start.

The Nine Stripes will now have until Tuesday to prepare for their next opponent in Pacific FC, who were certainly the side who trusted the kids the most last year – though York9 FC will be a firm-favourite for that mantle at The Island Games.