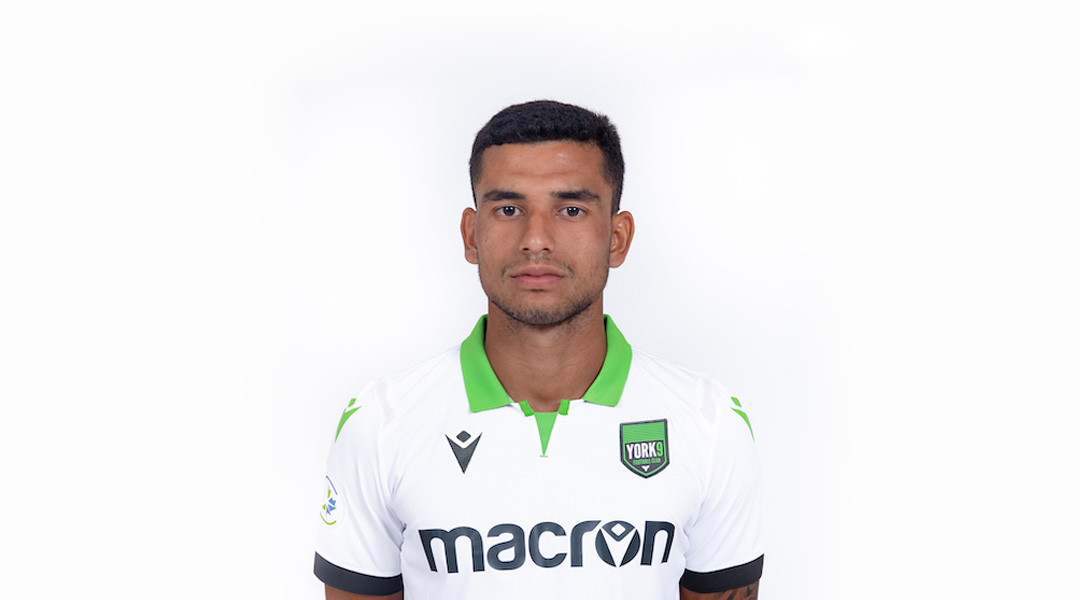 Back when York9 FC first revealed its kits in early April, head coach Jim Brennan took to the stage to make two signing announcements: the first was Nathan Ingham, and the second was Jose Pina. While one has become an integral part of the Nine Stripes squad, the other has yet to step foot in Canada.

Pina was officially added to the club’s roster back on April 28, becoming the club’s fourth and final international signing of its 23-man roster after Rodrigo Gattas (who was act. After that, things went silent regarding the 23-year-old Venezuelan attacking midfielder, who had trained with the club during its Punta Cana preseason and even taken media photos in full kit.

With the fall season transfer window due to open on July 9, we asked Jim Brennan if he could clarify the status of Pina’s transfer:

We’re still working on Pina, to be honest with you. It’s been a crazy situation. We’re trying to get his visa all sorted. We’re waiting on that. I think over the next week or two, we’ll finally have a decision on where he’s at, and what we’re going to do with him. Pina’s a great player. He’s a good kid, we’d love to have him here right now, but circumstances are kind of against us and him a little bit right now. We’ll see what happens in the next week or two.

It’s looking like the Nine Stripes have a set time limit for Pina’s visa issues to get sorted out, and it’s coming up quickly. If Pina’s transfer needs to be cancelled, the fall season transfer window will give Jim Brennan a one month window to bring in a 23rd player – though it’s unclear if Pina even has a contract that may need to be cancelled by mutual consent, or how the Canadian Premier League handles such matters.

With Brennan’s side performing fairly well in all aspects of the field aside of converting chances, it’s fair to wonder if Pina’s transfer troubles may have a silver lining: the Nine Stripes are most in need of a striker who can deliver goals, so perhaps another attacking midfielder isn’t the best option for the York Region club right now – unless

Despite that, Brennan made it clear that he’d love to have the former Athletic Venezuela midfielder playing with the squad. It looks like the next few weeks will prove to be make-it-or-break-it for Jose’s visa dilemma, with Brennan looking like he’ll utilize the fall transfer window if Pina’s transfer doesn’t come to fruition.