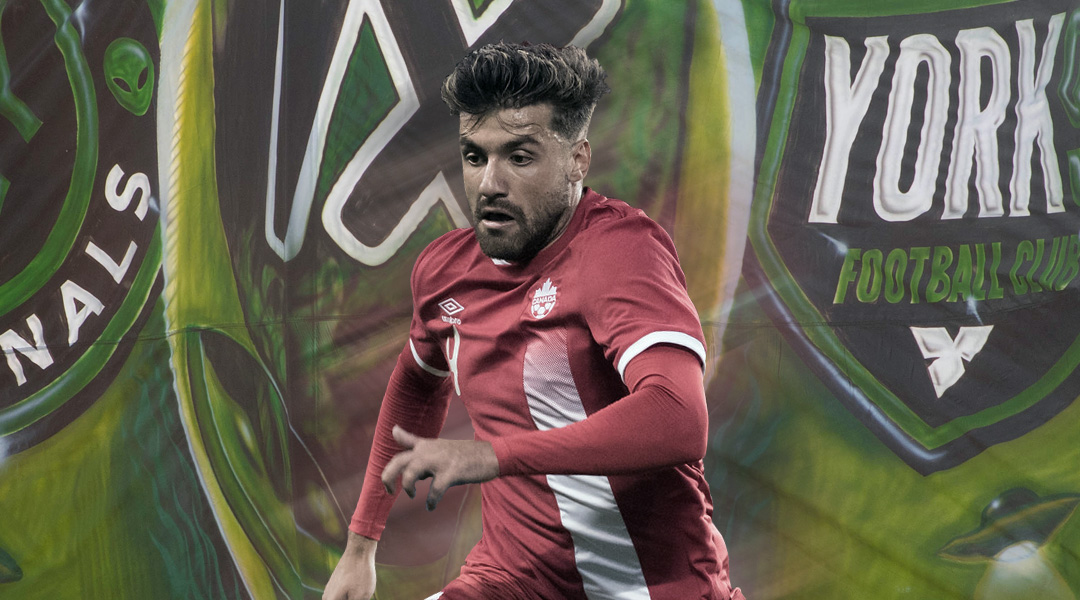 One month after we speculated that Valour FC’s Michael Petrasso was on his way to York9 FC, the 24-year-old midfielder’s signing has now been made official.

Born and raised in Woodbridge, the league’s third-ever intra-league transfer sees Michael Petrasso return to his hometown routes after impressing during his time in the Canadian Premier League‘s inaugural season.


Despite missing the majority of the spring season through a hamstring injury, things went well for Petrasso in the fall, where he secured five goals (including one against York9 FC) and three assists in fourteen matches.

We kept a close eye on Michael all of last season. He’s from the York community and we really wanted to bring him home. He’s a leader on and off the pitch, and the type of guy who will fit right into our squad and be a dangerous asset going forward. [He is] an absolute nightmare for defenders.

In the beginning of his career, Petrasso spent time developing at the Toronto FC Academy before jumping overseas to England, where he signed his first professional contract with Queens Park Rangers in 2013. Five years after he went overseas, Petrasso returned to Canada to sign for the Montreal Impact, for whom he made 14 appearances before signing with Valour FC the following year.

He will don the number 21 for the Nine Stripes, which was previously worn by Stefan Lamanna before he was released earlier this offseason.

If Petrasso can stay healthy, York9 FC has secured itself one of the most talented midfielders in the league – but with an injury history that saw him miss most of the spring season and a full nine months of action in his 2016-2017 season at QPR, it remains to be seen how much of Petrasso fans will see on the pitch.

If his 2019 fall season form can be replicated, that trajectory would see him become one of the most efficient goalscoring (and supplying) wingers in the league.

I can see the real ambition and desire to win at York9. I’m here to bring a title home, that’s what excites me the most.

Petrasso is the third brand new signing of the Nine Stripes’ 2020 season, coming in after Corinthians product Gabriel Vasconcelos and former Ottawa Fury midfielder Chris Mannella. The club now has fifteen players on the books for the upcoming season, and is expected to add Red Stripe Premier League striker Nicholas Hamilton in the near future, too.

With former Toronto FC striker Molham Babouli training with the club, the York9 FC roster appears to be getting fairly fleshed out. Assuming both of Jim Brennan’s CPL-U SPORTS Draft picks are signed, the club will still need to pick up another domestic U-21 player to be roster compliant.


With Petrasso and Vasconcelos filling out the wings, the return of former Toronto FC man Ryan Telfer seems all but written off for the time being. The club has yet to confirm if Justin Springer, Michael Cox, or Rodrigo Gattas will re-sign as well.

Details regarding the length of Petrasso’s contract or his financial compensation were not disclosed by the cub.