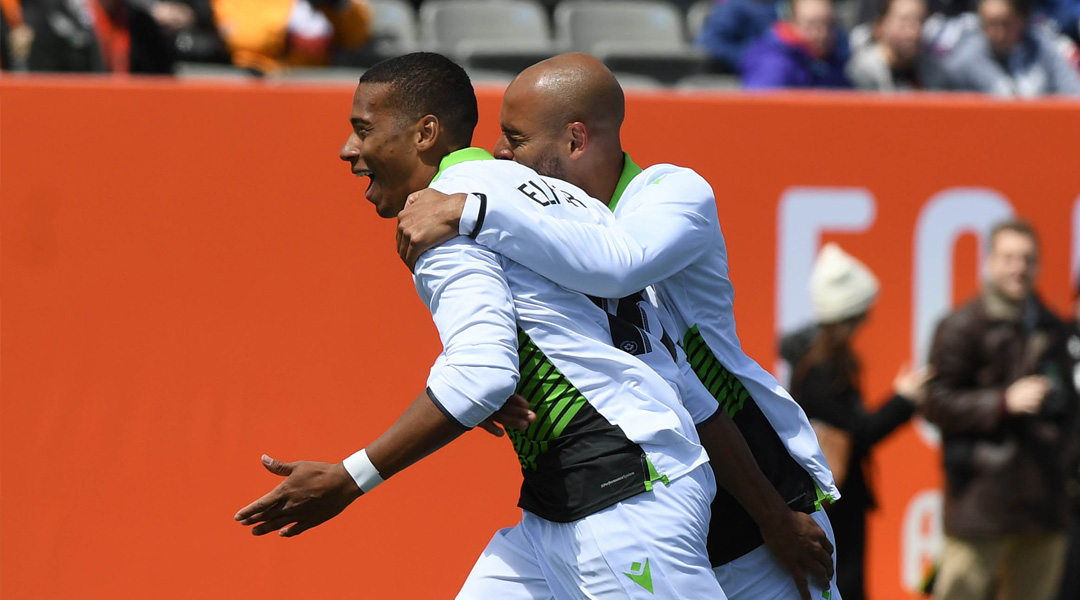 Just a few months after 25-year-old Toronto FC midfielder Ryan Telfer was loaned to Canadian Premier League outfit York9 FC for the club’s inaugural season, the reds had to recall the speedy winger for last Friday’s game against Sporting Kansas City. With six players missing from head coach Greg Vanney’s roster, he needed to fill out his bench with players who could cut it at the MLS level.

Telfer, who rejected a loan move to the Ottawa Fury to rejoin his former York Lions boss Carmine Isacco, has been off to a fantastic start for the Nine Stripes. He bagged the league’s first-ever goal, scored another in the Voyageurs Cup, and got an assist on Wednesday night’s Canadian Championship game against FC Edmonton.

Then, on Thursday, Ryan Telfer described a ‘rollercoaster ride’ as he was informed he was being recalled for the TFC match on Friday night, which would come just two days after he last played for York9. Placed on the bench, he came on in the 87th minute with the reds trailing 2-1 at home. With a bombing run down the right-side of the pitch, a clever pass from Pozuelo allowed the Mississauga-born player to serve up a tidy cross to Jordan Hamilton, who then slotted in the game’s last-gasp equalizer.

It was a great moment for Ryan, who became an instant example that the Canadian Premier League was a viable option for Canadians in need of professional minutes. During his short appearance at BMO Field, he was sharp, he was fast, and he was evidently capable of making the difference.

So, it should come as no surprise that Telfer only had positive things to say about how his loan with the Nine Stripes has been going:

It’s been great. Just having to play meaningful minutes the entire time, I really don’t have to worry about my fitness levels anymore. It has helped me keep fit and helped me keep sharp, and I was able to produce tonight.

The one-game loan recall has caused some confusion online, with some fans saying that Telfer’s recall makes CPL clubs look like ‘B-Teams’ for MLS sides. Telfer is the only player on loan with York9 FC, so it goes without saying that him playing eight minutes for his parent club during a squad crisis does not turn the Nine Stripes into B-Team.

In truth, Telfer’s appearance for Toronto FC is the end result of exactly what the Canadian Premier League is here to do: give Canadians minutes on the pitch, nurture their talents, and improve the quality of the domestic game overall. If players like Telfer are capable of playing in the MLS, the league will have succeeded in this mission statement.

With the one-game loan now finished, it’s expected that Telfer will travel with the York9 FC squad as they prepare to face FC Edmonton this Wednesday. After a 3-1 one win at home – the club’s biggest so far – the second leg will likely see a strong defensive focus from Jim Brennan’s side. If they make it through to the next round, Telfer will face MLS opposition once again in the Montreal Impact.

Evidently, he’ll be ready for it.