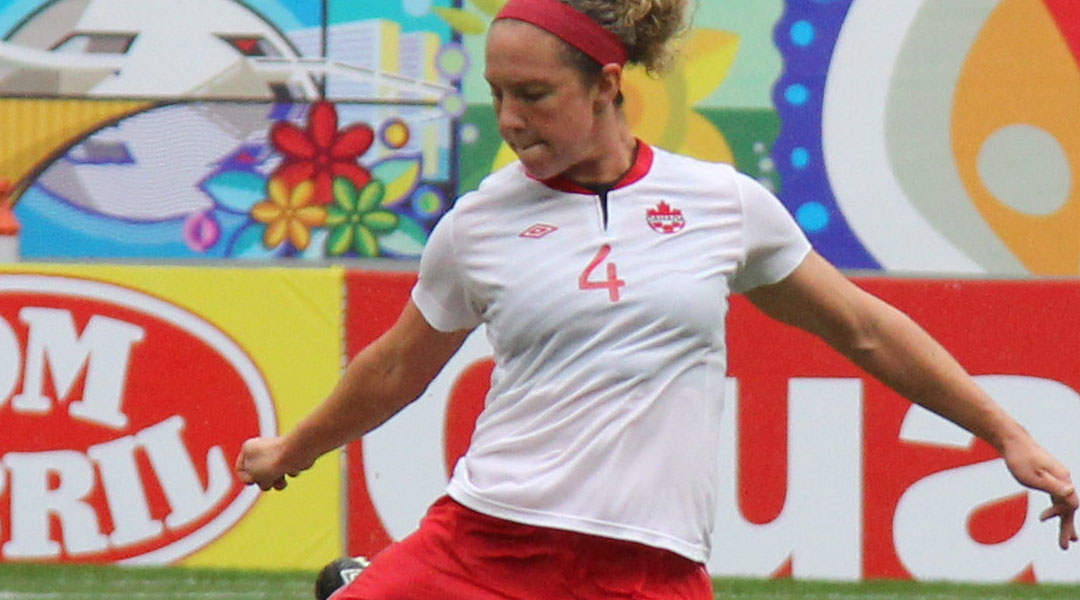 The Mississauga-born retired professional athlete was made commissioner in September 2019, arriving with a UEFA B License and plenty broadcast, coaching, and technical director experience that she had acquired following a playing career that saw her earn no less than 94 caps with the national team.

More recently, she obtained her UEFA A License, with many fans hopeful her next steps will be continuing to develop the women’s game in Canada.

It is not immediately clear if she remains with Canada Soccer Business as the Manager of Women’s Professional Football Development. It was through this hiring that she was designated as the commissioner of the League1 Ontario Women’s Division.

The semi-professional league released a short statement announcement her departure:

Carmelina’s expertise and experience in the game is incredible and her passion for the future of women’s professional soccer in Canada is enormous; we will surely continue to see her passion for growing the current pathway, creating opportunities for women to achieve their dream s and building professional career opportunities in Canada. We have no doubt that her impact will continue, and we wish her the very best in her future endeavours.

This summer the commissioner was added to the broadcast roster for OneSoccer, where she regularly provided analysis on the Canadian Premier League’s Island Games bubble tournament.

While her next steps aren’t confirmed, there is a history of the streaming service acquiring talent from the local soccer scene: last year OneSoccer brought in the CPL’s former Managing Editor and Director of Content (Kurt Larson) along with its former Supervising Editor (Armen Bedakian).

The semi-professional league that Moscato oversaw had a rough year due to the COVID-19 pandemic, with the 2020 season ultimately being scrapped for both men and women. Prior to the pandemic, Canadian Premier League commissioner David Clanachan had said the creation of a domestic professional league was ‘further along’ than he had expected by that point.

Hours after Carmelina’s departure, League1 Ontario announced the addition of Matt Braithwaite as Managing Director, who arrives from Ontario Soccer where he served as the Manager of Administration.

The 36-year-old Moscato leaves big shoes to fill on the women’s side, with the three-time World Cup participant having brought brought the women’s game into focus for Canadians coast-to-coast. The league has not yet provided a timeline on when her successor will be named.