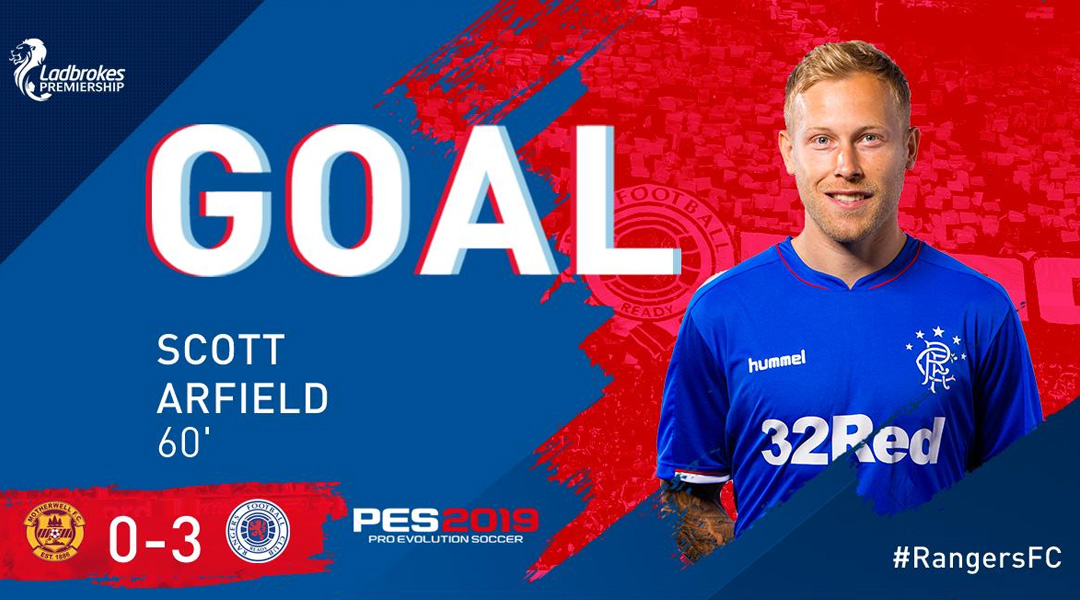 Scott Arfield’s transfer to Rangers from Burnley was Steven Gerrard’s first foray into the transfer market, and it’s a move that appears to be paying dividends: The 30 year old Canadian international just bagged a hat-trick against Motherwell, converting his third goal after a slick in-the-box assist from former Toronto FC big deal Jermaine Defoe.

Twitter fans were quick to congratulate the Canadian international, including one brave bloke who put 14 pounds on Arfield scoring a hat trick when he was on a brace. Cashing off with a 238 pound payout, one has to imagine the fan owes Arfield a pint at some point.

Take a look at each of his goals below:

Arfield has been in fine form for Gerrard’s Rangers side this season, notching in 11 goals after 24 appearances. This marks Arfield’s most prolific campaign since 2008, back when he played for Falkirk. Some ten years on, he’s now bagged his first career hat trick.

We’re saying that Rangers were ruthless, Scott Arfield was ruthless. He was the one supporting all day and the one who got himself into positions [to score]. Although his chances were gift-wrapped, my word, he took them well didn’t he?

The win helped Rangers reduce Celtic’s lead at the top of the Scottish Premiership down to 11 points. After a disappointing loss in the old firm derby last week, it’s a ruthless win that will have proved a big pick-me-up for Rangers fans across the globe.

Last month, Arfield had been pulled out of the Canada squad for its game against French Guiana due to injury, so it’s great to see the Canadian striker has returned to fine form.