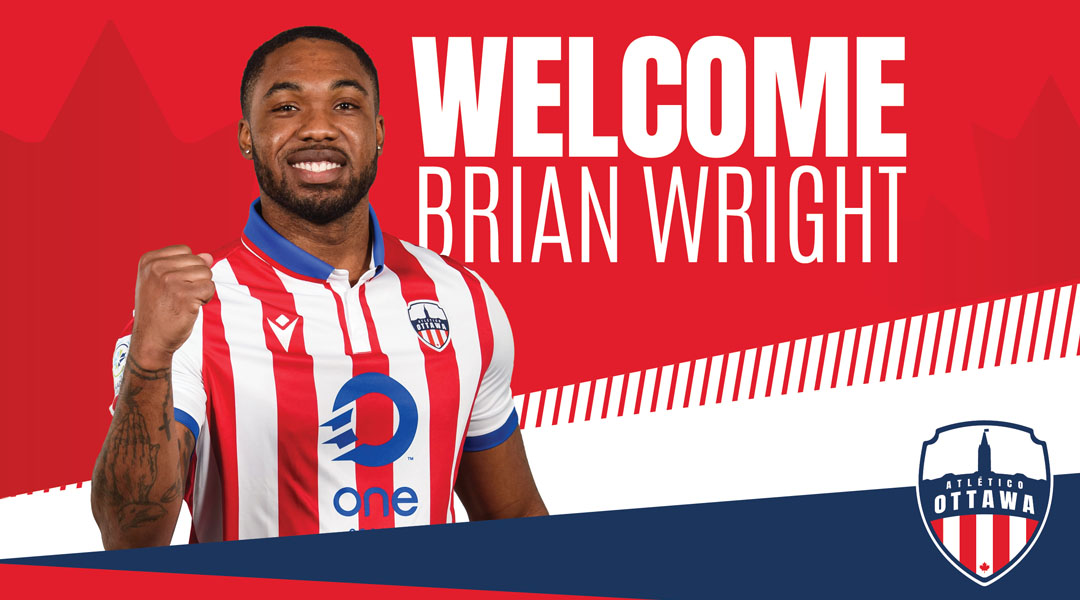 The 26-year-old officially arrives to the Canadian Premier League team after being named in the Atletico Ottawa Soccerway roster leak last month, with his figure being somewhat featured in a variety of social media posts by the club ahead of today’s announcement.

Wright was drafted by the New England Revolution in the the 2017 MLS SuperDraft, with the Ajax, Ontario-born athlete going on to make 14 MLS appearances over the next three seasons in between loans to the Tulsa Roughnecks and the Birmingham Legion, whom he eventually signed for last year.

Wright arrives as a free agent signing with a lot of potential at the Canadian Premier League level, with Atletico Ottawa CEO Fernando Lopez hailing him as a force to be reckoned with who can score a surplus of goals for the expansion side. A

Atletico Ottawa is currently in the midst of its Spain-based preseason, where head coach Mista states that Wright has been scoring goals with ease during the club’s practice matches. Prior to transitioning to Atletico Madrid’s training facilities in Alcala de Henares, the club beat Spanish fourth division side Gimnastica Segoviana 1-0 in a friendly match, though it isn’t known who scored during the closed door game.

I am excited to have the opportunity to join this team and awesome city. I am ready to learn as much as possible under Mista and the coaching staff. We are lucky to be able to be in Madrid, Spain training at these world class facilities during such a tough time. The team is coming together well, and we are working hard to prepare for the season. We can’t wait to see the fans and show them all of the work we have put in.

Atletico Ottawa has now signed seventeen players ahead of the 2021 Canadian Premier League season, with the CPL expansion side recently confirming the arrival of six other athletes named in the aforementioned roster leak. Of those athletes, only Shawn Lawson has yet to be confirmed.

While it’s not exactly a box of surprises, it appears that Atletico Ottawa has snuck in the signing of veteran defender Drew Beckie as well, who is expected to join CF Montreal loanee Keesean Ferdinand as new defensive additions.

All-told, Atletico Ottawa appears to be in the midst of a formidable roster rebuild. With four solid-looking intra-league additions and the arrival of impressive-looking domestic talents like Jordan Webb, Brian Wright, and (presumably) Shawn Lawson with the club, it’ll be a year of high expectations for the Ottawa-based side – even following the loss of Mexican talent Francisco Acuna.

Atletico Ottawa did not announce the length or financial details of Wright’s contract with the club.