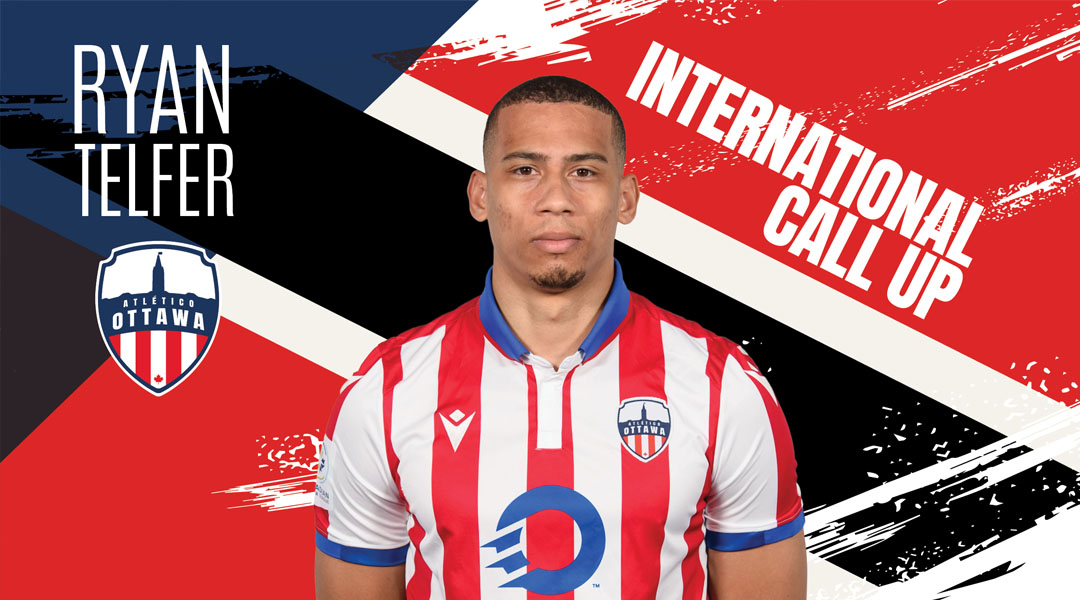 Telfer Called To Trinidad and Tobago For World Cup Qualifiers

Atletico Ottawa forward Ryan Telfer will be joining the Trinidad and Tobago national team ahead of two World Cup qualifying matches against the Bahamas and Saint Kitts and Nevis. The two matches are set to take place on June 5 and June 8, respectively.

Given that the 27-year-old forward had taken part in the club’s prior to matches against Guyana and Puerto Rico – scoring a goal against the former – his inclusion in the country’s upcoming World Cup Qualifying squad comes as no surprise.

That being said, Halifax Wanderers fans may be somewhat nonplussed to hear that 2020 CPL Golden Boot Winner Akeem Garcia will not feature in the squad, though this could simply be due to travel difficulties in securing his return to club football in Canada. Also absent is Federico Pena, who had a tough debut against the US national team in January.

Trinidad and Tobago is currently second in the group, with Telfer now having accumulated nine appearances for the Soca Warriors since accepting a call up from them back when he was on loan with York United from Toronto FC. In his second appearance, he made history as the first CPL player to score an international goal.

I have had some success with the national team so far. I can’t wait to get out and represent my country in some of the most important games I have ever been a part of.

Ryan Telfer has spent the last two seasons with York United, scoring the league’s first-ever goal across a stunning 2019 campaign that saw him contribute ten goals and three assists throughout all competitions whilst on loan from Toronto FC.

An emergency loan recall saw him feature as a late game substitute once for the MLS side, where his sharp form saw him rack up a game-changing assist on what would be his final few minutes as a TFC athlete.

After a short offseason stint in Cyprus, the forward fully signed with York United ahead of The Island Games, where he featured in all seven regular season matches but had a comparatively quiet campaign. With a fresh new start with Atletico Ottawa now unfolding, there’ll be a lot of eyes on the Trinidad and Tobago international to see if his 2019 form returns when the 2021 CPL season kicks off.

Telfer becomes the third CPL athlete to accept an international call up in just as many weeks, with Wanderers defender Jems Geffrard and Pacific FC midfielder Matthew Baldisimo earning international nods of their own.

Rollins: 2021 CPL Season To Kick Off In Winnipeg