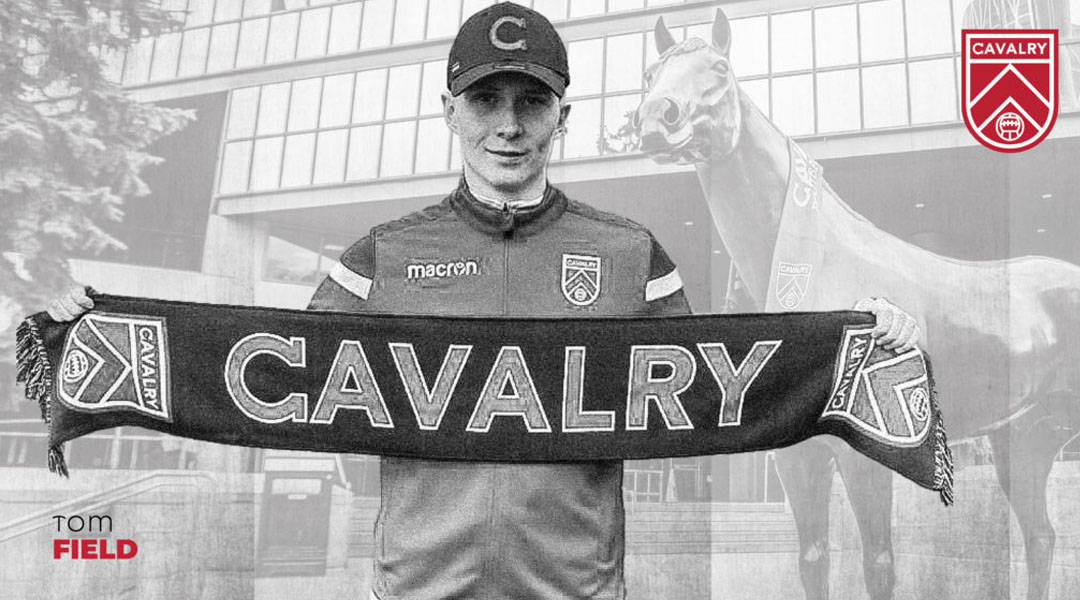 The 23-year-old left-back most recently played by Dundee FC in the Scotland’s second tier, where York United striker Nicholas Hamilton is currently on loan. Field was brought in as a deadline day signing at the start of the year during an injury crisis at Dundee, but only clocked in 15 minutes of action for the side before leaving the Dark Blues.

I am so excited to join Cavalry FC and play alongside this group of talented players. I’m grateful to Tommy Wheeldon Jr for providing me with the opportunity to play for this amazing club and I can’t wait to get started.

After spending time developing with non-league sides Kingstonian and Leatherhead, the full-back was picked up by the Brentford FC youth academy. It was there where he eventually made his professional debut for the Championship side three years ago, making 17 appearances in England’s second division before being sent out on loan to League One side Bradford City, and then found himself loaned out the following year to League Two outfit Cheltenham Town before his short stint in Scotland.

Cavalry FC head coach Tommy Wheeldon Jr. evidently believes that the young left-back has the potential to replace Nathan Mavila, who impressed over the last two seasons with the Alberta-based side. Field can also play slightly further up the left flank, giving Wheeldon Jr. some tactical flexibility:

Tom is a great acquisition for us as even though he’s still young, he has some exceptional professional experience at a very good level in England. He will bring quality both sides of the ball and has a terrific left foot to give us balance down our left.

The England-born full-back made two appearances for the Republic of Ireland at the U-16 level, featuring in two friendlies against Estonia back in 2012. The move to Cavalry FC will be his first time playing overseas.

It remains to be seen if one of the league’s other England-based full-backs, Vashon Neufville, will return for expansion side Atletico Ottawa.

The 23-year-old becomes the thirteenth player to join the 2021 Cavalry FC roster and the third brand new face following the additions of Joseph Di Chiara and Ahinga Selemani. With a strong core poised to return, it still remains to be seen whether the club opts to re-sign Nico Pasquotti and Oliver Minatel following long-term injuries they sustained at The Island Games.

Cavalry FC did not disclose the length or financial compensation of Field’s contract.