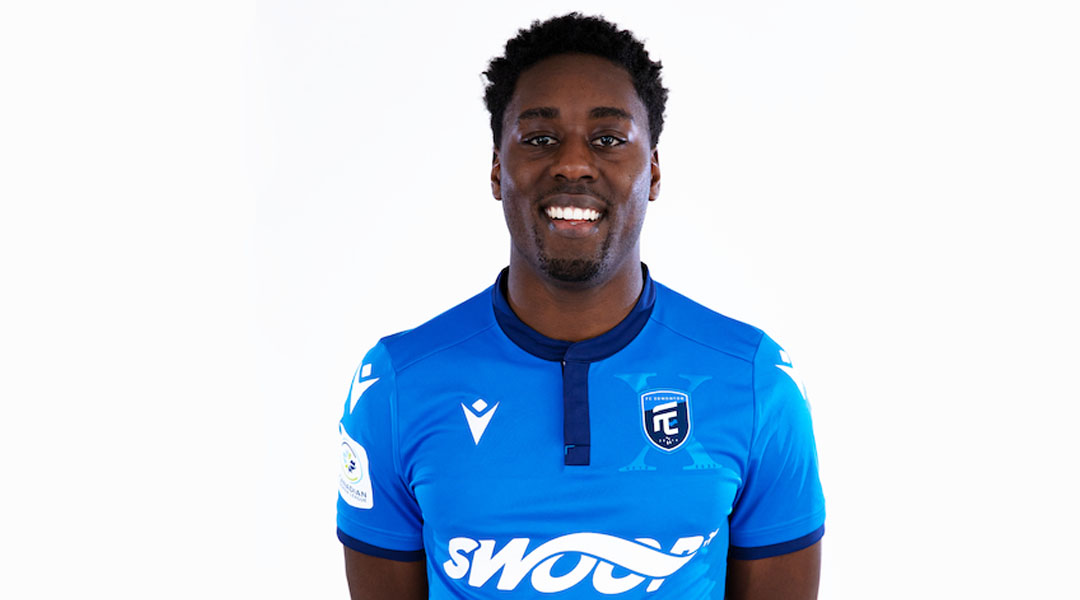 FC Edmonton has just re-signed its seventh player from the previous season, announcing the return of 25-year-old centre-back Mele Temguia.

Temguia has been a regular fixture across both of FC Edmonton’s first two Canadian Premier League seasons, making 34 appearances for the club and scoring the side’s first-ever CPL-era goal in a 2-1 win against Valour FC.

The former Montreal Impact Academy product got his start with the Impact’s affiliate reserve side in the USL. He then spent a short time with new Eddies head coach Alan Koch, having briefly played under him in FC Cincinnati before a short stint in Australia. In 2019, the defender headed to Canada to start his time with FC Edmonton.

I have been fortunate to work with Mele earlier in his career and have been impressed with his profession since he joined FC Edmonton. He continues to progress on the pitch and this season will be a big part of him taking the next step in his career. He is a modern-day centre-back and I look forward to him playing a significant role on our new team.

Earlier this week, former FC Edmonton head coach Jeff Paulus suggested that the scope of the Eddies’ rebuild didn’t need to be as significant as some had made it out to be, so perhaps it shouldn’t be surprising to see Temguia fall in as the seventh returning player.

That being said, new Eddies Club President Eric Newendorp suggested that there would still be plenty of fresh faces at Clarke Stadium for the 2021 Canadian Premier League season, with the new boss aiming to secure at least one North Star Shield for the side over the next five years.

The contract length and financial details of Temguia’s contract were not disclosed by FC Edmonton.