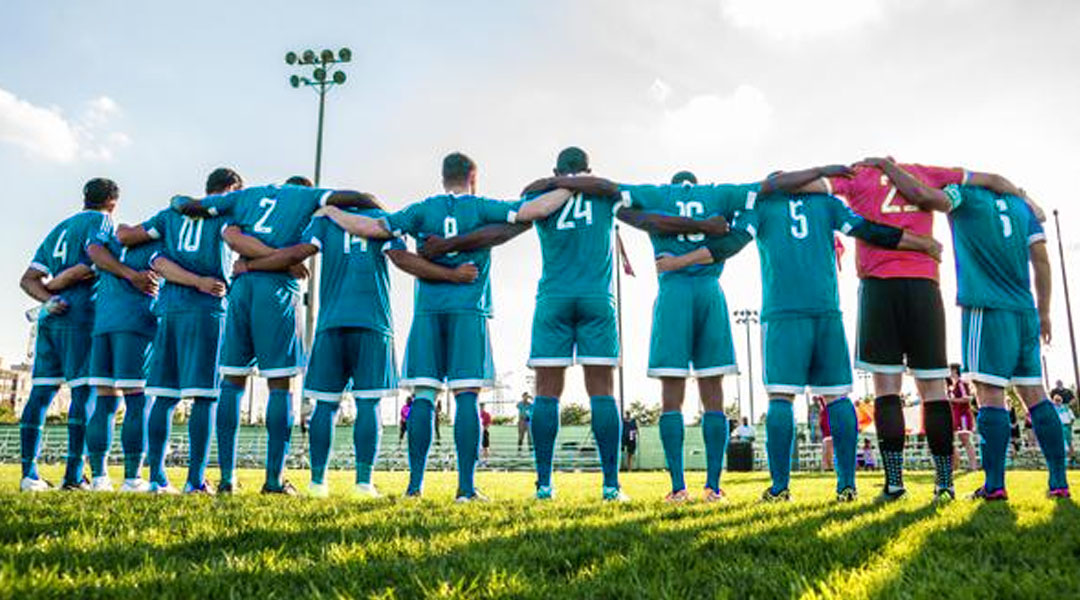 Pro/Am standard league aiming to kick off in 2024

There just might be another province joining the League1 Canada banner within the next 18 months.

In a conversation with a well-known source from an Albertan football club, there is serious aim to start a League1 Alberta in 2024. In the meantime, an exhibition series is expected to take place this summer involving five clubs in the province.

In the conversation with the source, it was also brought up that a pro-am standard league in Alberta (and/or Manitoba and Saskatchewan) have been going on for three years, with much speculation throughout that time. This time, plans are much more concrete, with a few more details left to be ironed out.

Flashback: Is A League1 Prairies In The Pipeline?

Last year, there were talks of a Central League1, at that time involving three Alberta clubs and FC Manitoba, the latter of USL League 2 in the United States. Now, it seems that the League1 Prairies part has been scrapped in favour for a League1 Alberta.

As for this summer’s exhibition series, there are six clubs expected to take part. These are Calgary Foothills, BTB Soccer Academy (men’s team only), Edmonton Scottish, St. Albert’s Impact, Cavalry U-23 (men’s team only) and Calgary Blizzard (women’s team only). The first three teams listed were also part of the Central League1 talks.

The teams will field men’s and/or women’s team for the exhibition series set to occur this summer. In both tournaments, the teams will meet each other home and away. According to the previously mentioned source, this summer’s play is to be a litmus test to gauge interest in the League1 Alberta.

While the target to start the league itself is in 2024, there still needs to be sanctioning awarded from Alberta Soccer. At this point in time, that has not been given. It is also worth noting there is belief that the Alberta Major Soccer League, the province’s flagship senior competition, can co-exist with League1 Alberta. It is not yet known whether sides from AMSL will jump ship to join L1 Alberta and if so, how many. Currently, the AMSL has nine men’s teams, including three of the teams already mentioned. In the women’s division, there are eight teams, two of which are expected to be part of L1A.

When asked about teams from Saskatchewan and/or Manitoba still joining, the source indicated that while FC Manitoba decided to focus on USL 2, there is still a willingness for clubs from the two provinces to partake in L1 Alberta, or what in this case would be L1 Prairies / Central League1. Potential cities listed for this scenario also included Regina and Saskatoon, the latter still in the process of building a stadium for a Canadian Premier League team.

As for League1 Alberta itself, should it indeed get underway in 2024, the aim for the first season would be to send the champions of each division to the League1 Canada Inter-Provincial Championship, which currently features the winners of League1 Ontario, League1 BC, and PLSQ, plus a host team from one of the three provinces.

About the potential for a L1A representative in the Canadian Championship, the source pointed out that while it would be fantastic to see the league have a team in Voyageurs Cup, they would not join until they belief the league’s standard is high enough. Comparisons were made with League1 Ontario and PLSQ, who started getting berths in the Canadian Championship in 2018, when the participating sides from those two leagues were more competitive. League1 BC will see TSS Rovers enter the fray this year, becoming the league’s first side to enter the tournament.

Furthermore, it is worth remembering that the Calgary Foothills will have a women’s team in the new women’s professional league coming to Canada in 2025. How much this will impact the L1A women’s division remains to be seen, but it would be likely that the team would at least compete in the 2024 season should it come to pass.

Time will tell whether everything will get off the ground, though there is much optimism and confidence in a League1 Alberta coming to pass. This summer will prove to be a pivotal one in Albertan football history, as it will partially be up to the locals to attend the exhibition series and show that the interest is there. After that, it will be up to Alberta Soccer among others to bring this league to light. Regardless, this is an excellent opportunity for Alberta to elevate the level of football played in the province.